Even the brashest women can be undone by its appearance. Why does a buzzing gadget have such power to mortify us? 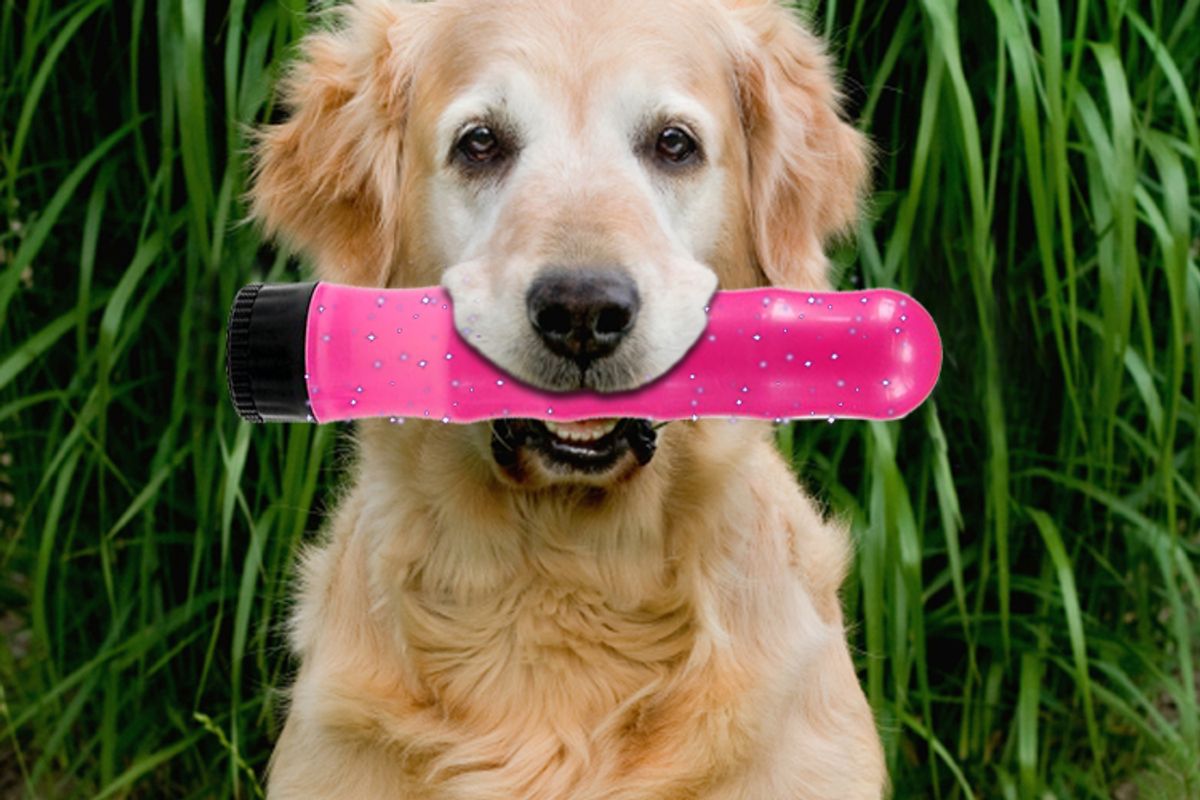 Vibrators, like tampons, stand out among women's most-dreaded scenarios of public humiliation. There's a real hunger for these stories, as you can tell looking at women's magazines -- blame it on masochism or schadenfreude. So, I put out a call for firsthand accounts of sex toys turning women red in the face for all the wrong reasons. The results were entertaining, of course, but they also reveal that no matter how mainstream sex toys have become, they are still major objects of shame. They may have migrated from shady adult novelty shops to your neighborhood Walgreens, but those few inches of silicone still pack huge potential for humiliation.

Anne, 26, took one of her vibrators with her when she spent a week dog sitting for "a very sweet family." A few days in, the sparkly hot-pink toy went missing. Assuming the dog had taken it, she turned the whole house upside down but it was nowhere to be found. A month later, she ran into the wife at the grocery store and remarked how charming their neighborhood was -- what a lovely place to raise a family! "She just gave me a funny look and made some comment about how 'Yeah, I'd thought so, too, but you would not believe what someone threw into our yard! I won't go into details, but there are some sick people in the world!"

No one enjoys being labeled as such, but at least in Anne's case she wasn't exposed as the culprit. Most aren't so lucky. Just last weekend, Laura was moving into a new place and had shrink-wrapped her nightstand to keep the drawers closed. In the course of the haul, the 34-year-old says, "my battery-operated vibe got knocked around and turned itself on. The movers brought my vibrating nightstand upstairs and said, 'Uh, something's going on in there -- we'll give you a minute to figure it out.' Then left me to my red face and furious attempts to remove the shrink wrap so I could get in the drawer and shut it off."

I suppose it should come as no surprise that vibrators still have the power to mortify. There lingers the outdated but familiar stereotype of the lonely spinster who shacks up with her Hitachi Magic Wand and a couple of mangy cats. Just as sex toys can challenge a guy's manhood, there's still the notion that a bunch of double-A batteries in a woman's bedside table means that she can't find a real man. On a more fundamental level, masturbation, maybe even more so than sex, is filled with shame -- and it doesn't matter any that we rationally know that most people do it. Sex toys represent our basest drives -- precisely the parts of ourselves that we struggle most to hide from the world. No matter how many times the New York Times covers sex toy Tupperware parties in Middle America, that is unlikely to change. And -- if you'll allow me to get on my feminist high horse for a moment -- the "Girls Gone Wild"-esque ephemera of the past decades suggests we still have a ways to go before women fully embrace their authentic sexual selves and the pursuit of their own pleasure.

It's refreshing, though, that even in our age of overexposure, an absurd little pastel toy can make a woman blush. It turns out some things are still private and personal, and that's kind of sweet -- and sexy, too.