Why I'm staying in Japan

As my coworkers flee quake-stricken Sendai, I've made a tough decision -- to trust the government over here 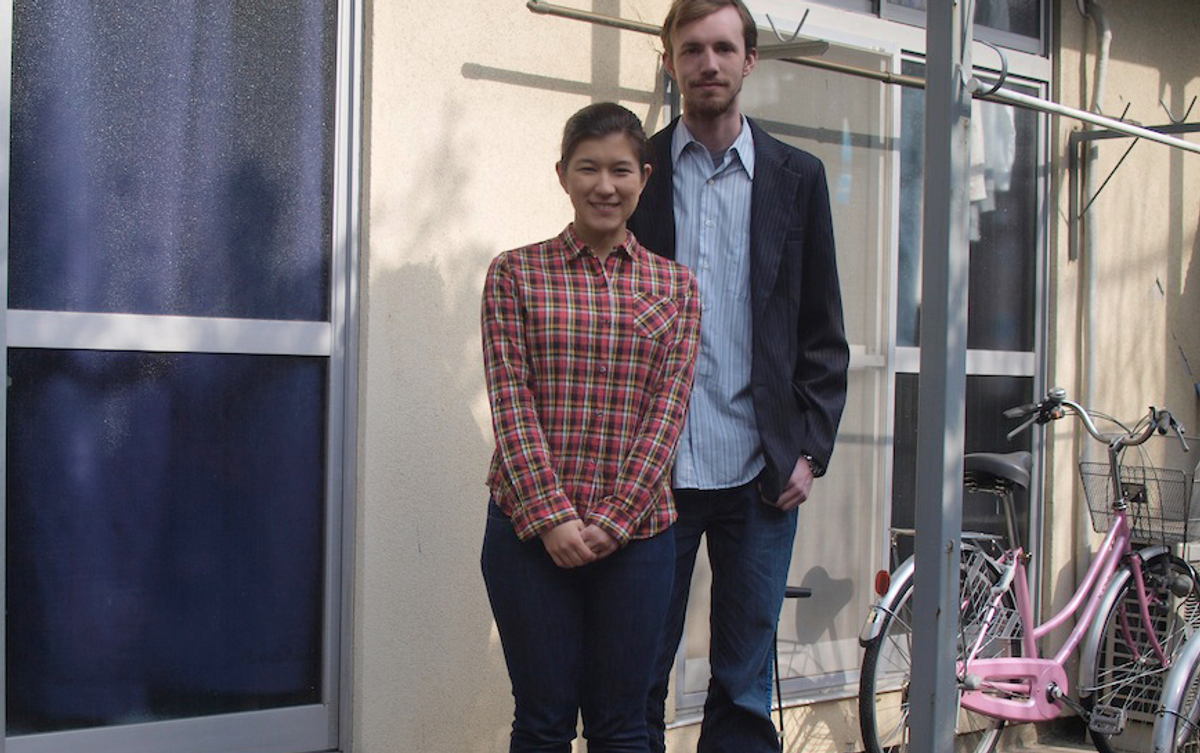 "We're leaving," said Heather, my friend and co-worker. It was the Monday after the quake that had shaken us to our core. Heather, her boyfriend and a few other teachers from our school were taking a cab to Yamagata to attempt to fly to another location. "You and Greg should pack a bag," she told me.

I was groggy and confused. But I had already thought about what I was going to do and I knew my decision: We weren't going.

My roommate Greg and I have decided to stay in our apartment in Sendai until we are advised to leave by either the U.S. or Japanese governments. The reasons are complicated, and I'm not sure if I'll be able to fully articulate them. But I want to, not only because my friends and family have no idea why I'm still here, but also to provide a perspective that I don't see in the mainstream coverage of this disaster.

We are not trapped in Sendai or Japan. We have not been abandoned by our government. We are here of our own free will -- and we have chosen to stay.

I came to Japan in 2009 to teach English at a small international school in North Sendai. I moved in with my friend Greg who had been here for a year already teaching conversational English classes and kindergarten. We share a small apartment in Nagamachi, which is a residential neighborhood south of downtown Sendai. I've always wanted to live abroad and teaching in Japan was a perfect opportunity.

Growing up in Western Washington, I had the typical elementary school drill about what to do when the “big one” hits. Crouch under your desk, cover your neck with one arm and hold the closest table leg with the other. We would giggle like hell for an excruciating three minutes as the teacher walked around the room checking our form. Later in school, I did experience a few moderate earthquakes.

But they were nothing like the one I felt on Friday, March 11. It was a pleasant day. The kids had been calm, and I flipped through a book near the library while my classes worked independently. We'd had a series of earthquakes in the previous few days -- this is one of the most seismically active countries after all -- so when the shaking started everyone was casual. Earthquakes normally pass quickly but this time the shaking only increased. I clearly remember the moment when we all looked at each other in panic and then dropped under the computer tables. As books from the library rained down around me and gripped the leg of my rattling table all I could think was, This better be the right fucking thing to do. The quake lasted about two minutes and came in two waves: A strong, rocking rumble, followed by something that felt like the floor being jerked violently back and forth several inches.

I knew I had to keep it together for the students, but I was scared and confused. I cursed with abandon, looked around to see if giant cracks were crawling up the walls or if the floor was falling in. Finally, when everything stopped, we waited about 20 seconds before heading out the emergency door. We really should have waited a whole minute, but you try to stay in one place for that long when your life is danger.

We were lucky: No one at my school was hurt, and there was very little damage. But the catastrophe, for us, had just begun.

Over the next week, I learned what it might like feel like to live in a war zone. The sirens of emergency vehicles were constant, and military helicopters flew over every hour heading to Wakabayashi, a ward near our home that was greatly affected by tsunami. Our neighborhood is located inland from the coast, so we were very fortunate in that regard. Our apartment was damaged but still standing. We had water, the electricity came back on after a day, and we had friends in the area. There was food, though Greg had to stand in long lines to get it. But the aftershocks – which came every ten minutes to half an hour -- would send me bolting out the door. I wanted to be better prepared should things become worse, so I started keeping coats and an emergency bag by the door.

News of the Fukushima Dai-ichi Nuclear Power Plant trickled in from both Japanese and English sources, and it wasn't good. For days, no one knew how far the damage would go, and how long the situation would last. There were so many rumors out there, and a lot of people didn't know whom to trust. That's when I made another decision: I will trust the government.

I know many people, here and back in America, disagree with this decision. After all, the U.S. and Japanese governments can't even agree on a similarly sized evacuation zone (the American zone is 50 miles while Japan's is 12.5 miles). However, I think there are differing expectations between Japanese and U.S. citizens. Studies have shown that the Japanese evacuation zone is adequate, but I think Americans expect a wider berth around danger. Aside from all that, Sendai is outside of the 50-mile evacuation zone and the U.S. embassy has not recommended evacuation. I know many groups think we shouldn't trust the government. But if I don't trust the government, the scientists, and other qualified people -- who should I trust?

Here in Sendai, meanwhile, the infrastructure is mostly intact and improving by the day. We regained electricity Saturday after the quake, and cell phones are operating normally. We still don't have gas, but it's important the gas company be 100% confident that the gas is safe before they turn it back on.

The grocery stores in my neighborhood are open and mostly stocked. Sure there's only one brand of milk, and basically the only fruit in sight are pineapples, but we're able to buy what we need to live.

Japanese people do well in crisis. I haven't seen any looting or fighting. People are patient and even considerate as they wait in line. My friend told me an old woman offered everyone around her chocolate while they waited for over an hour at a super market. I don't know if people in the U.S. would react so calmly and be so accepting in the same scenarios. I feel safe to walk down the street alone. I feel safe to be out after dark. I feel safe in a large crowd waiting for food.

I know that extremely low levels of radiation will spread to Sendai. I understand why that idea scares people -- radiation is an invisible force that has caused irreversible damage many places in the world. However, we live in a radioactive world, and that's just a fact we have to accept. At the time of writing this, the amount of radiation I have been exposed to from Fukushima is less then I'd be exposed to on an eight-hour flight back to the United States. Even in the U.S.'s worst-case scenario, the amount of radiation that would reach Sendai would only be enough to cause small blood chemistry changes (most likely a lowering of white blood cell counts) that would not result in illness for a healthy adult. The people in the U.S. and even Tokyo who are panicked about being exposed to high levels of radiation from Fukushima Dai-ichi are operating out of fear and not fact.

I don't blame anyone for leaving. On the day Heather left, most of the staff from our school joined her at our principal's house. I wished them luck and told them to stay in contact. Since then, we've had a few email exchanges, and I'm happy to know they're safe in other countries.

I feel very strongly that Sendai is my home and I don't want to leave unless I have to. I trust that the government will tell me if it's necessary to evacuate, but until then, I have food, I have friends. I feel safe.

Aimee McFarlane is finishing her second year of teaching English in Sendai, Miyagi, Japan. She enjoys painting, knitting and reading. More of her experiences from the 2011 Tohoku Earthquake can be found on her blog, Aimeeisdrawing.com,where many of these anecdotes first appeared.