Is a dirty mind a sharper mind?

Sexy images can help you memorize anything from your pin number to a stack of cards. An expert explains how 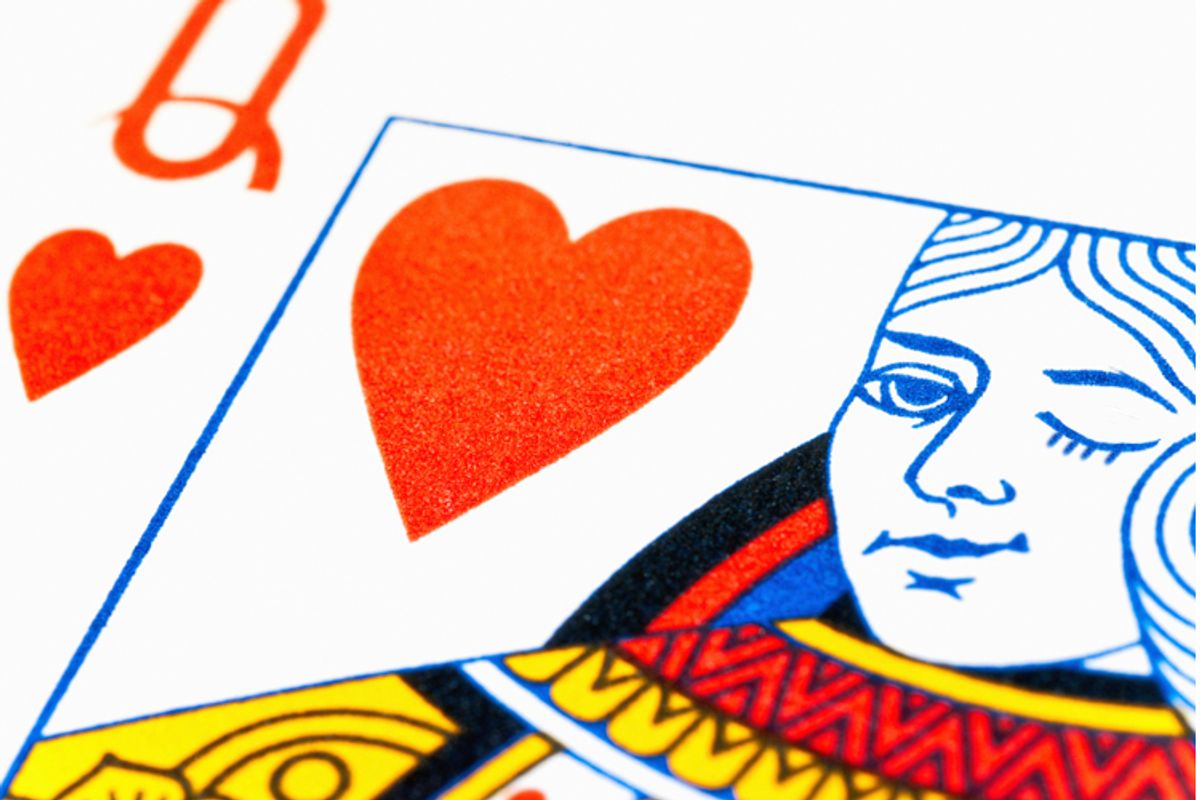 The next time someone admonishes you for having a dirty mind, consider the case of Ed Cooke. He became a Grand Master of Memory at the age of 23 in part by harnessing his sexual imagination. It isn't just him, either: Cooke used this technique to coach Joshua Foer, author of the buzzy new book, "Moonwalking With Einstein: The Art and Science of Remembering Everything," to become the U.S. Memory Champion in under a year.

Cooke, the co-founder of the online learning site Memrise, argues that our brains are wired to remember bizarre and debauched mental images like nothing else. The concept is simple: You create a Memory Palace, a building that you can easily conjure in your mind's eye, and then fill it with shocking images that stand in for the information that needs to be remembered. If you're memorizing the order of a deck of cards, for example, you place the representative images in a path throughout the house.

While effective, the directive to get dirty can lead memory athletes to some uncomfortable places. Eventually, Cooke had to evict his mother from his Memory Palace. Similarly, Foer writes, "The indecent acts my own grandmother had to commit in the service of my remembering the eight of hearts are truly unspeakable." (He also writes that he conjured "a handful of titillating acts that are still illegal in a few Southern states, and a handful of others that probably ought to be.")

I went to Cooke for a deeper understanding of how sexy images helped him and Foer become reigning memory champs -- and how you can put that dirty mind of yours to better use.

Why do sexual thoughts and images help with memory?

Most of the difficulties people have with memory are not that they forget completely, but that they find memories difficult to find. The key to finding a memory is to make it bright and attention-grabbing in the first place. Sex, of course, tends to grab our attention.

In this way, it can very useful to add a little bit of sexual imagery to whatever one is trying to remember, since it will make the resultant memories more attention-grabbing, and easier to find.

As an example, if you are trying to remember that the French word "interloque" means "taken aback", it may be useful to imagine being taken aback when your dining companion interlocks her fingers round your thigh. The link between the French word and what it sounds like in English is given just enough personality by the hint of sexuality here, that it will stick in one's mind far better than a mere repetition.

How would you go about training someone to incorporate sexual images in their memorization routine?

Shockingly, it doesn't take a lot of training to get people to have dirty thoughts. That said, reminding yourself that your imagination is a zone without laws or restrictions can be liberating: no-one else knows or cares about the details of your mental life, so you may as well let your imagination go while learning things, especially if it helps you have fun, learn faster, and remember longer.

The trick is to notice when what you are trying to learn is boring you and to re-inject interest with the choice addition of some sexual imagery. Find chemical formulae difficult? Re-imagine them as elaborate sexual configurations. Find your pin number -- for example, 3198 -- difficult to grasp? Re-imagine it as a 31 year old man with his 98 year old lover. With a little bit of freedom of mind, almost any piece of information can be recast in sexual form, greatly increasing its chances of being remembered.

Are certain kinds of sexual images more helpful than others? What elements are most critical?

This is a whatever-floats-your-boat situation-- the incorporation of eunuchs to imagery would work for Emperor Nero but might not be the thing for you. Or maybe it is? Again, no judging. For my part, I like my sexual imagery suggestive rather than explicit. But remember that the point of this sexual imagery is to encode useful information. The critical thing is that your image, whatever it is, helps you recall whatever you are trying to learn.

Is there a point at which the imagery can distract from the thing being memorized? Do the images have to be kept in check so that they don't overwhelm?

It does occasionally happen that an outrageous or unpleasant image gets in the way of recall. For instance, I once learned that the French word "saucer" means to "wipe with a piece of bread" by imagining my saucy lover wiping me with a piece of bread. When it came in conversation to trying to use this word, though, I was distracted by the weirdness of the image and stuttered. On rare occasions, this effect can be extreme. In the finals of the World Memory Championship one time, it so happened that in the course of the spontaneous imagery I was using to help remember a pack of cards, the sight of Frank Sinatra receiving fellatio from a cow caused me to choke on my coffee. I cursed the four of spades that day.

An excellent question. Variety is the spice of life, so one always wants a good range of imagery to excite and energize one's mind in the course of memorizing something. Violence is of course very memorable, as is (for the English, at least) queue-barging, anything expensive or illegal, Germans, humor, and items of exceptional beauty or ugliness. The sexual imagination is just one small part of the gift we have for making the world more vivid, interesting and memorable.

Would you mind sharing an example of a sexual scene that could be used in a memory exercise?

Good god no. Make your own sexual images!