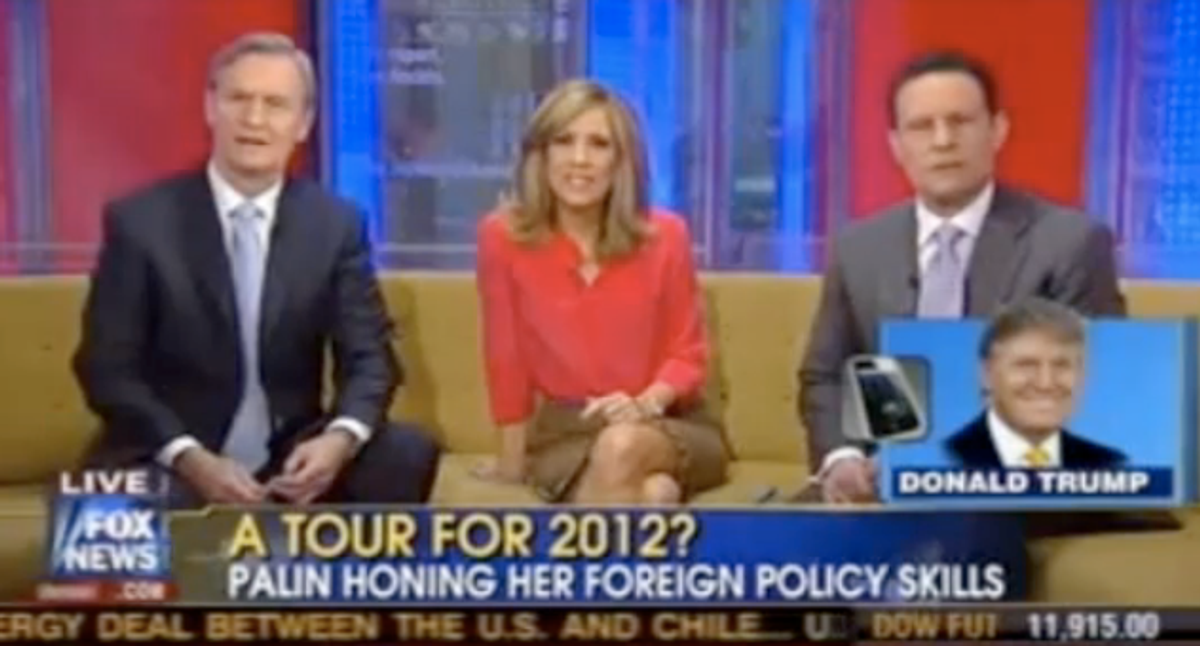 In the past couple of months, Donald Trump has gone to great lengths to assert that "America will be respected again" if and when he takes the Oval Office. No one really knows what that means, so lucky for us, Trump went on "Fox and Friends" this morning to clarify.

The real estate magnate boasted about his dealings with Moammar Gadhafi, saying he once overcharged the Libyan strongman for use of a property in Bedford, N.Y., then outright refused to let him use it: "I don't want to use the word 'screw' but I screwed him! That's what we should be doing!" Trump's rationale for not letting Gadhafi use the place? "Because I didn't want to."

The story is slightly more complicated. Gadhafi's camp did rent land from Trump for his 2009 visit to the United Nations because he needed a place to pitch his infamous Bedouin-style tent. However after taking heat for hosting the loathed dictator, Trump ordered the removal of the tent, and Gadhafi allegedly never set foot on the property.