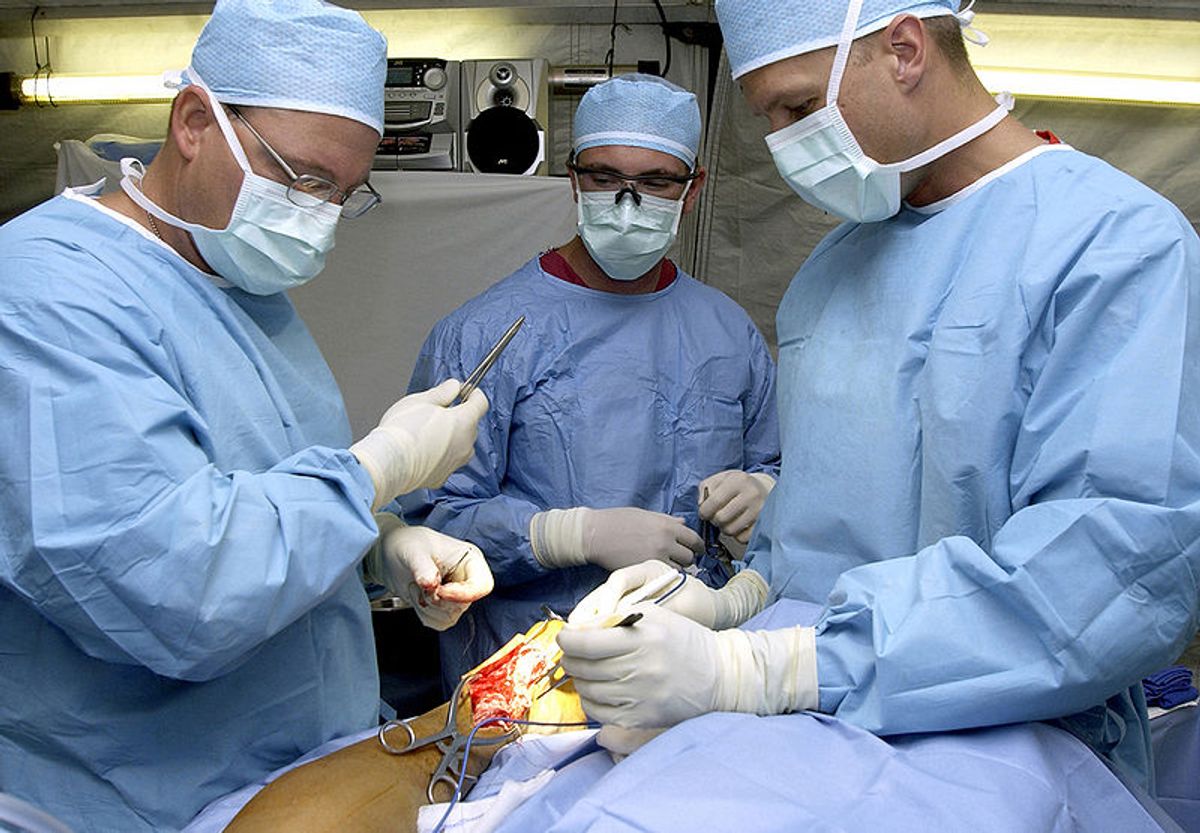 A Texas construction worker badly disfigured in a power line accident two years ago has received the nation's first full face transplant at a Boston hospital.

More than 30 doctors, nurses and other staff at Brigham and Women's Hospital led by plastic surgeon Dr. Bohdan Pomahac performed the 15-hour operation last week on 25-year-old Dallas Wiens of Fort Worth, Texas. He was listed in good condition at the hospital on Monday.

The electrical accident in November 2008 left Wiens (WEENS), blind and without lips, a nose or eyebrows. In Boston, doctors transplanted an entire new face, including a nose, lips, skin and muscles and nerves that animate the skin and give sensation. The donor's identity was not disclosed nor would the hospital say exactly when the surgery was done for privacy reasons.

Wiens will not resemble "either what he used to be or the donor," but something in between, said Pomahac (POE'-ma-hawk). "The tissues are really molded on a new person."

The transplant was not able to restore Wiens' sight, and some nerves were so badly damaged from his injury that he likely will have only partial sensation on his left cheek and left forehead, the surgeon said.

Wiens has been able to talk to his family on the phone, said his grandfather, Del Peterson, who attended the news conference in Boston.

"When I first saw him after the injury, I had no idea what was to follow," Peterson said. "But he is determined to get well, and to move on with his life, to do something with his life."

He said Wiens hopes to become an advocate for facial donations, and thanked the donor family, saying, "You will forever remain in our hearts and our prayers and we are grateful for your selflessness."

The surgery was paid for by the Defense Department; the hospital has a $3.4 million grant from the military for transplant research.

The new federal health care law helped make the operation possible, by allowing Wiens to get insurance coverage for the expensive drugs he will need lifelong to prevent rejection of his new face.

Wiens had no insurance when he was injured; Medicaid covered about two dozen surgeries until his disability payments put him over the income limit. The new law allowed him to qualify for coverage under his father's plan for the drugs until he turns 26 in May. Then he'll be eligible to receive Medicare, which covers the disabled as well as those over 65.

In an Associated Press story and a YouTube video last fall, Wiens spoke poignantly about why he wanted a transplant and how he wanted to smile again and feel kisses from his 3-year-old daughter. Face transplants give horribly disfigured people hope of a new option "rather than looking in the mirror and hating what they see," he said.

This was the second face transplant the Boston hospital has performed; the previous one was in April 2009 -- the partial replacement of the face of a man who suffered traumatic facial injuries from a freak accident.

One of the two people on the hospital's waiting list for a face transplant is Charla Nash, the Connecticut woman who was mauled and blinded by a friend's 200-pound chimpanzee in 2009. The animal ripped off Nash's hands, nose, lips and eyelids. She's also waiting for a hands transplant.

The world's first face transplant, also a partial, was done in France in 2005 on a woman mauled by her dog. Doctors in Spain performed the first full face transplant last March for a farmer who was unable to breathe or eat on his own after accidentally shooting himself in the face.