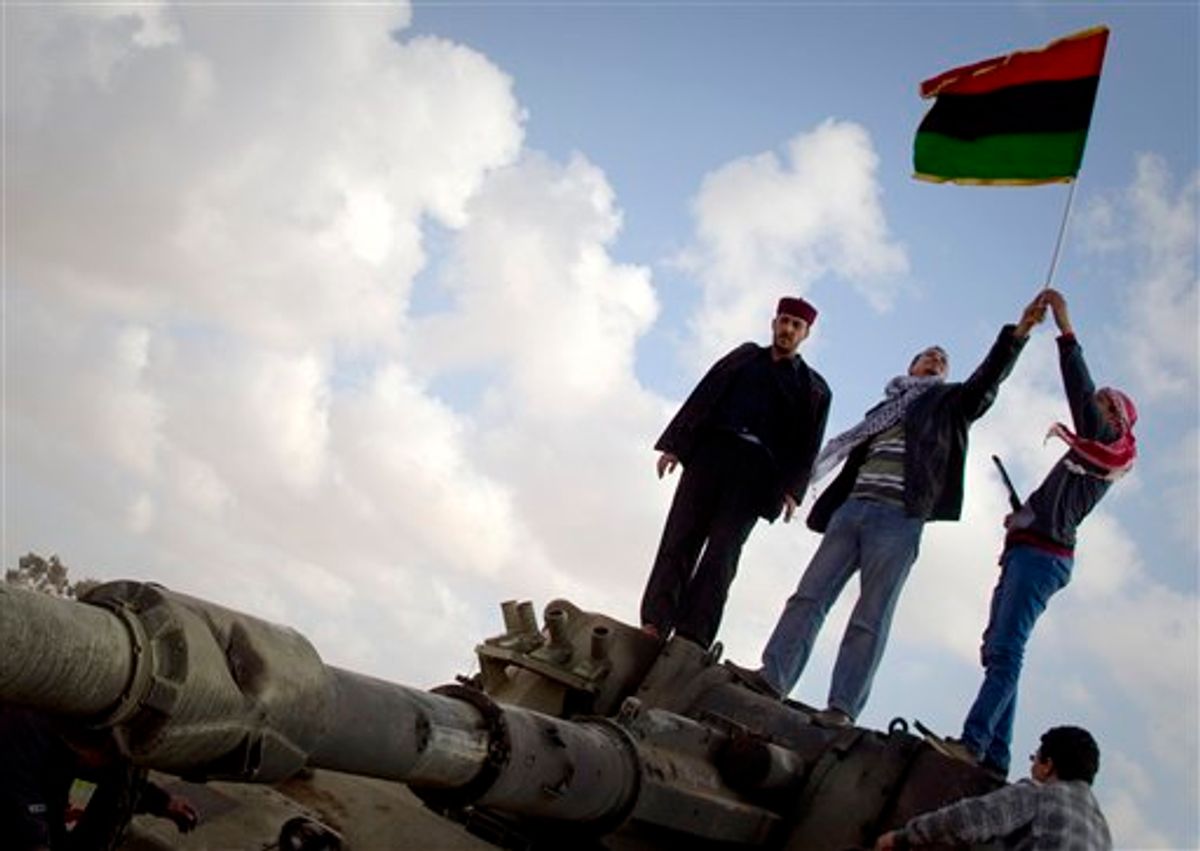 Libyan men celebrates on a destroyed tank belonging to the forces of Moammar Gadhafi in the outskirts of Benghazi, eastern Libya, Sunday, March 20, 2011. The tanks were destroyed earlier by U.S. and allied airstrikes. (AP Photo/Anja Niedringhaus) (AP)
--

The U.S. commander in Africa says coalition jets fired 12 more cruise missiles at Libyan missile, command and air defense sites as they continued to press a no-fly zone over the North African nation.

Asked what the coalition knows about the whereabouts of Gadhafi, Gen. Carter Ham said essentially, not much. Speaking by video conference from his headquarters in Germany, Ham told Pentagon reporters that the international coalition is focusing instead on knocking out Libya's ability to command and control its forces.

He says the campaign is not providing air support for Libyan rebels fighting Gadhafi -- and he says there is no direct coordination with those rebels.