Obama claims Gadhafi is a danger to U.S.

In letter to Congress, he makes the case for the attacks on Libya, arguing national security interests are at stake 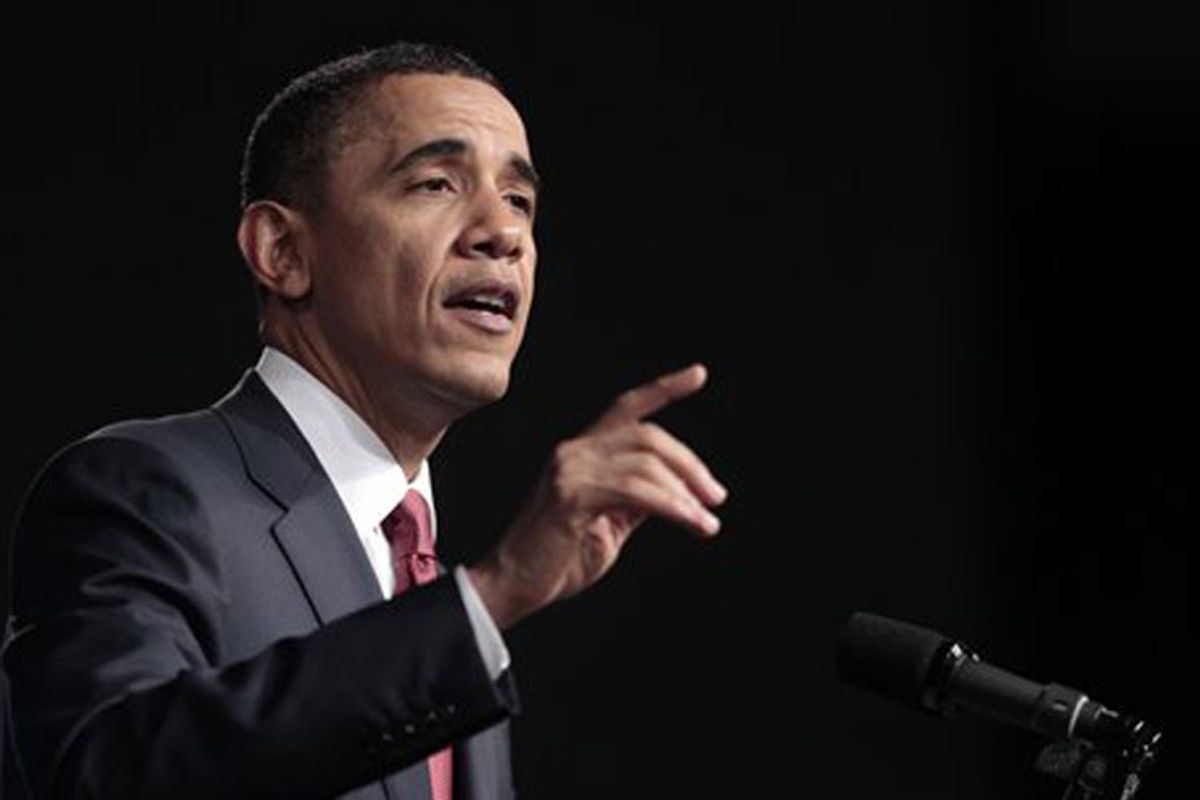 (UPDATED) So here it is: Two days after the U.S. launched cruise missiles at targets in Libya, President Obama is making the case for the war in an open letter to the speaker of the House and the president of the Senate.

In the letter, Obama makes the case that Moammar Gadhafi actually threatens the national security interests of the U.S. The argument feels perfunctory -- especially given the previous emphasis on protecting Libyan civilians -- but he makes it nonetheless:

Although Qadhafi's Foreign Minister announced an immediate cease-fire, Qadhafi and his forces made no attempt to implement such a cease-fire, and instead continued attacks on Misrata and advanced on Benghazi. Qadhafi's continued attacks and threats against civilians and civilian populated areas are of grave concern to neighboring Arab nations and, as expressly stated in U.N. Security Council Resolution 1973, constitute a threat to the region and to international peace and security. His illegitimate use of force not only is causing the deaths of substantial numbers of civilians among his own people, but also is forcing many others to flee to neighboring countries, thereby destabilizing the peace and security of the region. Left unaddressed, the growing instability in Libya could ignite wider instability in the Middle East, with dangerous consequences to the national security interests of the United States.

To summarize, the argument goes something like this: Gadhafi quells the rebellion, causing Libyans to flee to other countries like Egpyt, causing unspecified "instability" that would in turn cause damage to unspecified national security interests of the U.S. Therefore we can't let Gadhafi quell the rebellion. How many members of Congress or the public is that going to convince?

Ironically, the administration has also argued in recent days that the bombing of Libya could actually prompt Gadhafi to lash out by sponsoring terrorist attacks on the West. That would presumably not be in the national security interests of the United States.

UPDATE: Greg Sargent notes that liberal Democrats like Dennis Kucinich have pointed to a crucial 2007 quote by then-candidate Barack Obama: "The President does not have power under the Constitution to unilaterally authorize a military attack in a situation that does not involve stopping an actual or imminent threat to the nation." To hew to that principle, Obama was compelled to make the argument that there is a national security threat here.

This is an important document, so it's worth reading in full: