Worst recovery advice yet? Crash the stock market and bankrupt some big banks 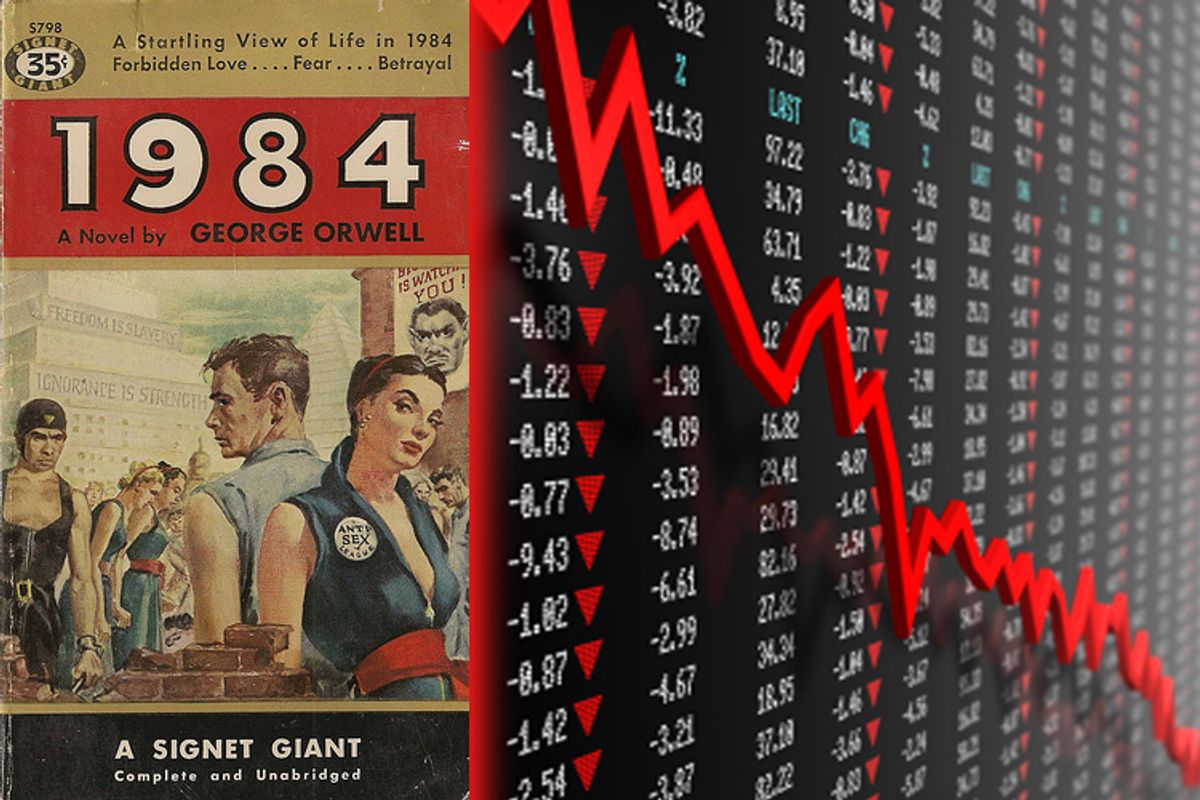 The Wall Street Journal has an early April Fool's entry -- an opinion piece by former hedge fund manager Andy Kessler arguing that the Federal Reserve should raise interest rates to boost the economy.

It's all counterintuitive, but it will work. Ending quantitative easing and raising short-term rates will surely cause the stock market to crater. 1,000 points? 2,000? Who knows? But a selloff will ensue. Does that mean a negative wealth effect? I doubt it. Who really thought they were wealthier at Dow 12,000 versus Dow 10,000?

Some banks will sputter, and maybe even fail, even the big boys. But they've already had two years since the end-of-the-world sell-off in March 2009 to get their acts together, and many can now pay dividends. Hopefully the FDIC is ready to dive in and remove the remaining toxic mortgage assets of any failing banks, along with their managements, and then refloat the institutions. This contingency should be well mapped out by now with the Orwellian-named "Orderly Liquidation Authority" in the Dodd-Frank law.

Mark Thoma is pithy in his scorn: "The key to recovery begins with a Fed induced stock market crash, followed by failing banks -- perhaps even systemically important ones?" Yep, that's certainly "counterintuitive." Even with nascent signs of recovery in labor markets, consumer confidence is shaky and concern about the health of the economy high. But Kessler thinks that the sight of a few big banks going down in tandem with a plummeting stock market will change that dynamic for the better! That seems rash.

But there's another, perhaps minor, point that confuses me, which is Kessler's reference to Dodd-Frank's "Orwellian-named 'Orderly Liquidation Authority.'" It's odd enough to see anyone on the Wall Street editorial pages endorsing anything related to the bank reform bill, but I'm most baffled by the invocation of George Orwell and "1984." I'm assuming that, in this context, "Orwellian" is supposed to refer to the propaganda-speak tactic of labeling something as its opposite -- "War is peace. Slavery is freedom. Ignorance is strength" -- etc. But the "Orderly Liquidation Authority" is exactly that, an attempt to put into place processes that allow the government to carefully and non-chaotically shut down systemically important financial institutions. No one knows whether it will actually work in practice, but it seems weird to bring Orwell into the conversation.

Or maybe Kessler really just means "scarily-named" -- because the title includes the word "liquidation." If that's the case, it's an example of sloppy writing and sloppy thinking, especially because the gist of the article is the truly Orwellian thrust: we must crash the economy, in order to save it.