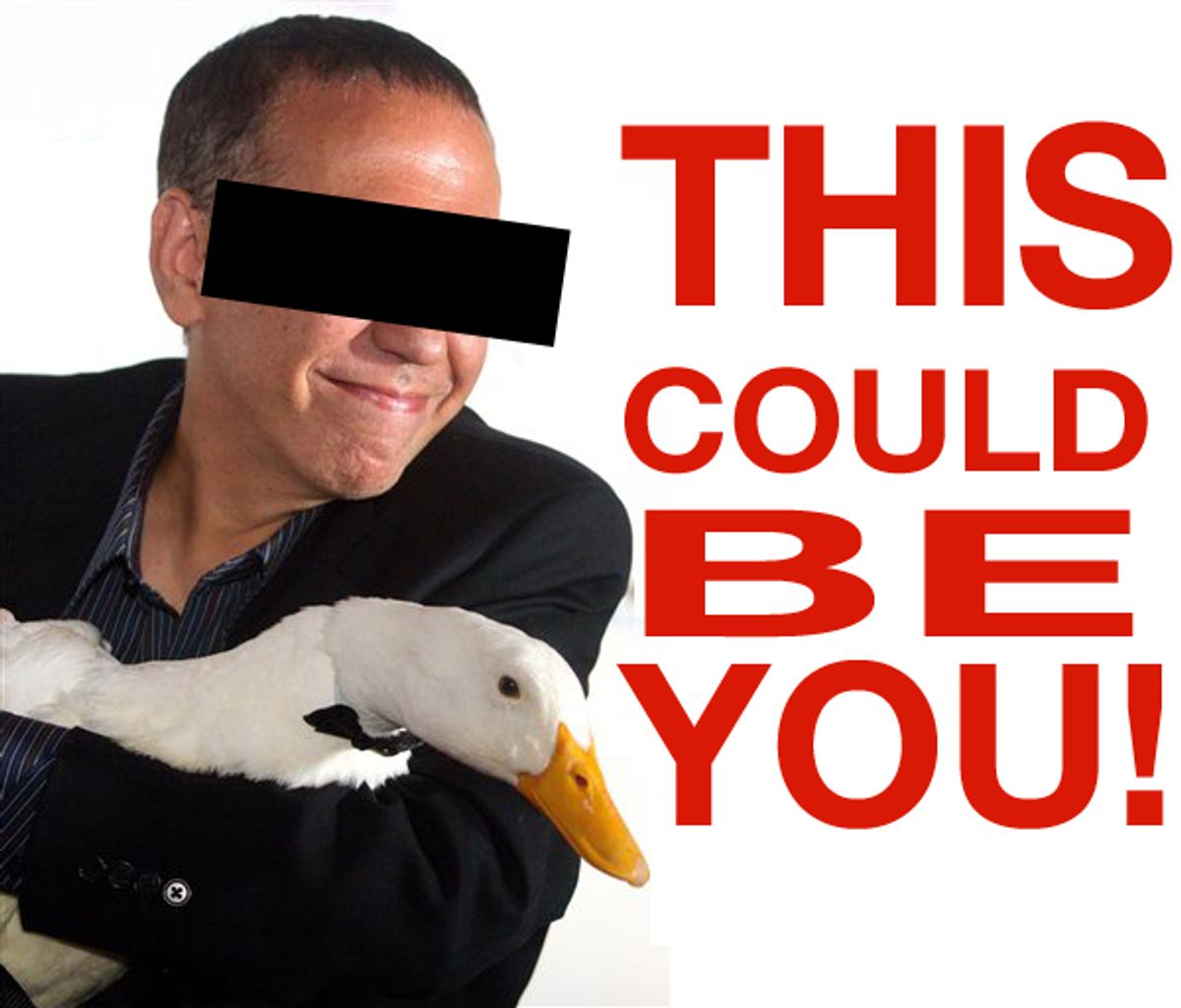 FILE - In this June 14, 2010 file photo, Gilbert Gottfried arrives with the Aflac duck to the 14th Annual Webby Awards in New York. Aflac on Monday, March 14, 2011 announced that it has severed ties with Gottfried over jokes about the earthquake and tsunami in Japan that the comedian posted on Twitter. (AP Photo/Charles Sykes, File) (Charles Sykes)
--

Aflac is opening the field to people who want to take a quack at doing the new voice of the insurer's ever-abrasive duck mascot.

Aflac Inc. will begin accepting submissions on Wednesday in the search for someone to replace Gilbert Gottfried, who was ousted last week after voicing the duck for more than 10 years because he made insensitive remarks on Twitter about the earthquake and tsunami in Japan.

Anyone interested will be able to submit a 30-second audio or video file belting their best version of the Aflac duck's signature "Aflac" squawk at http://www.quackaflac.com. The company wants to hear interpretations of the character that may be different from Gottfried's, Zuna said.

A 2006 ad featuring the Aflac duck in a silent movie -- without Gottfried's voice or any dialogue at all -- was re-edited to promote the talent search and will begin airing Wednesday. It points users to contest details on the Aflac Duck's Facebook page.

Aflac is also posting a job description on Monster.com that includes the following job responsibility:

"Translates complex messages into a single word that tells people, 'Aflac is the insurance company that they can count on in their time of need.'"

The submission deadline is midnight on April Fool's Day. Aflac plans live auditions in six markets including New York and Los Angeles. It expects to air the first ad with the new voice, to be created by its longtime agency, The Kaplan Thaler Group, on April 22.

Although Aflac is throwing the field open, Zuna said the company isn't ruling out using a celebrity.

"We're considering anyone and everyone," he said. "We're looking for the best voice."

Gottfried voiced the Aflac duck for 11 years. About 75 percent of Aflac's revenue comes from Japan, where the supplemental insurer's ads feature a less abrasive voice performed by a different actor.

Aflac said last week that Gottfried's jokes did not represent the feelings of the company. It previously donated 100 million yen ($1.2 million) to the International Red Cross for disaster assistance.