What to do with a leftover potato is an immigrant story, a simple one that gets told over and over again 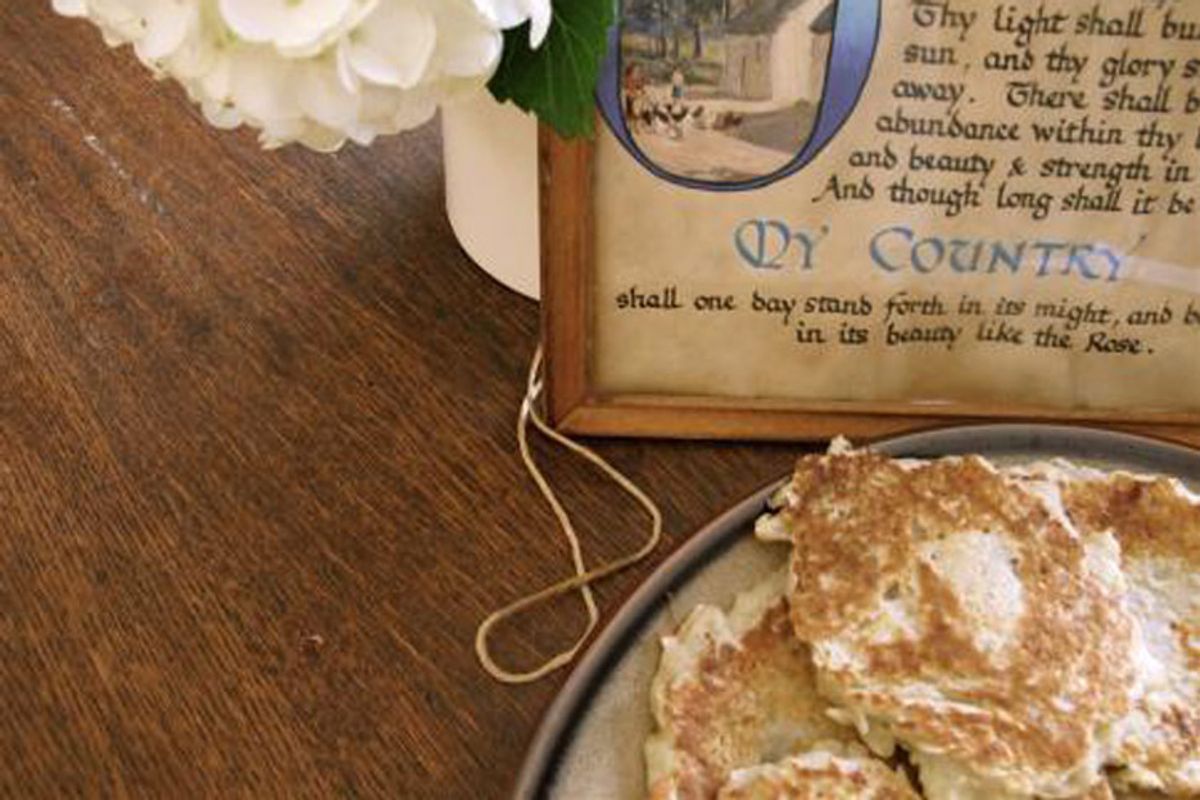 My grandmother cooked us a lot of potatoes. She was -- wait for it -- Irish, as in actually from Ireland and immigrated to New York long before I was born.

There was always something cooking or about to be cooked in her kitchen, never dormant, a radio on and a meal being made or at least thought of. Every cupboard stuffed (with some questionable expiration dates), the fridge full, the oven at the ready. Her favorite greeting was "Hello, my pet!" quickly followed by "How would you like a ...?" It could be 10 in the morning and she would offer to cook you a steak, make you a sandwich --just a little something, a drink to wet your throat, a piece of candy for something sweet.

Her house itself was filled with things that mystified me as a kid. She kept everything and had (for lack of a better term) a lot of Catholic swag: medals, rosary beads and palms tied into crosses and stuck behind pictures. In the air hung evidence of cooking mixed with the smell of Oil of Olay and furniture polish. I have her dining room set in my house now and sometimes stick my head into the highboy for the last lingering vestiges of that smell. I laugh when I look inside and see my pottery barn candlesticks, where she used to have statues of saints, hard candies, a bottle of old perfume, receipts and Mass cards.

The life she created around food, her unfailing desire to feed, are the stories my family still tells each other when we talk about her. I don't think my grandmother wrote many recipes down, maybe a few in her slanted leftie backhand, but that wasn’t really her style. She wasn’t just old school, she was the old school, meaning necessity guided what she made and when she made it. (Later on, it became more about letting us have the things banned at home, like Coke and extra dessert.)

Boxty comes from an Irish word meaning "poor house bread." And as these things go with staples like potatoes, every culture seems to have its own ways of stretching what it had, making it work. So this recipe may be what my Irish grandmother did with leftover potatoes but it could just as easily be what your Jewish grandmother did, or Polish, etc. What to do with a leftover potato is in itself an immigrant story, a simple one that gets told over and over again.