Historian tweets about Civil War to bring back era 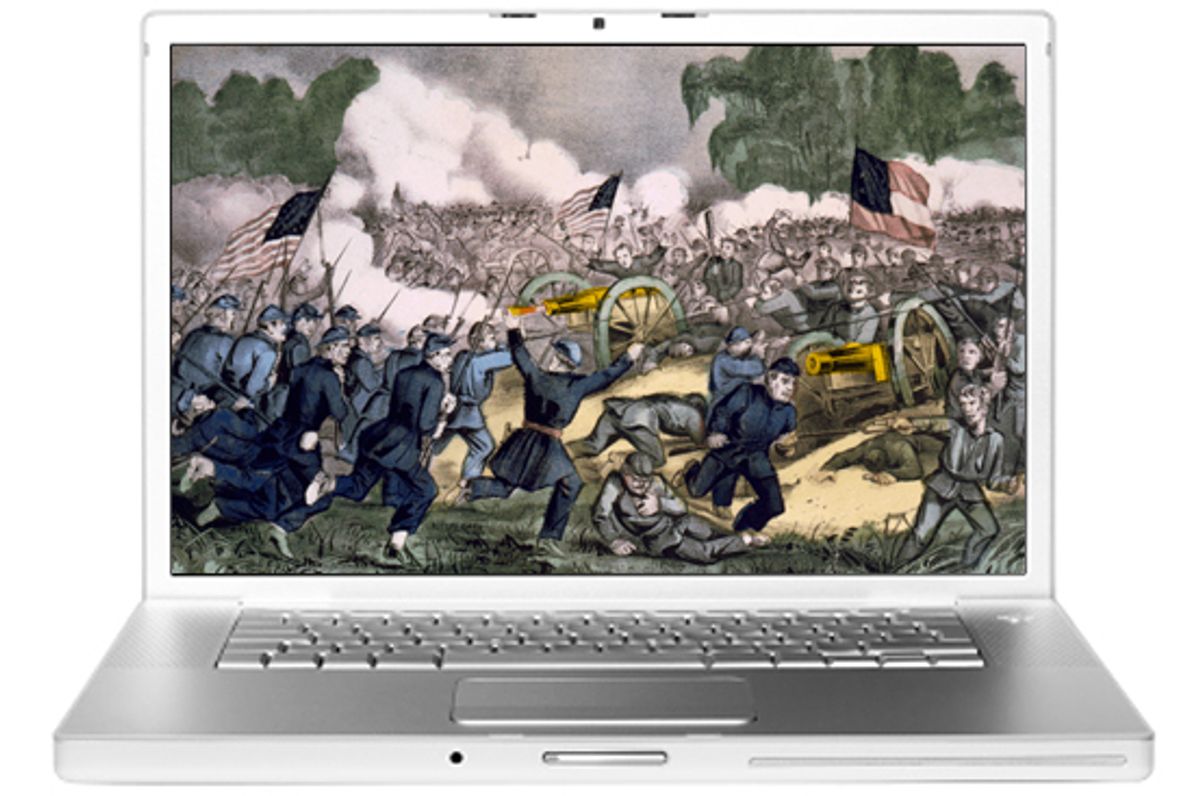 Two months before the start of the Civil War, a North Carolina belle named Catherine Ann Devereux Edmondston tapped out a frustrated message about her secession-opposing sibling in a tweet to her followers: "Sister Frances is a terrible Unionist!"

She might have tweeted, that is, if Twitter had existed in 1861. Instead, Edmondston and other long-dead North Carolinians from a bygone era are having their social networking done for them posthumously. A Raleigh-based historian is using the popular service to bring the home front of a war to modern day audiences nearly a century and a half later.

"We're not imposing any of our words. This is purely from men, women, and even teenagers who stayed at home and fought the war in their own ways," said LeRae Umfleet, the historian who manages the collections at the North Carolina Department of Cultural Resources.

Since last week, Umfleet has been tweeting from the account @CivilianWartime with the words of an escaped slave, a woman whose husband owned a plantation and others. The tweets are moving roughly in chronological order along with the war, meaning that so far the messages mostly express the foreboding and uncertainty of people in North Carolina as they watched war clouds build.

"I have just seen the President's message," Umfleet tweeted in the March 11, 1861 words of Mary Bethell. "Mr. Lincoln, I think he intends to coerce those seceding States."

The Twitter account is part of the ongoing effort of the cultural resources department's ongoing effort to mark the 150th anniversary of the bloodiest conflict in American history. It seeks to highlight the experiences of those who remained at home while others went off to war -- a conflict ever more dire as the battles drag on.

"By the end of the war, we will have seen conflict on North Carolina soil, and we'll have heard from people with firsthand knowledge of that," Umfleet said.

The tweets aren't just short excerpts from a time when letter writing was far more common than today, though. Each tweet links to a blog that contains the full passage being cited as well as information on where to find the original documents. And all of the tweets are taken verbatim from letters, diaries, autobiographies and other records of what people thought of the conflict as it unfolded.

These tweets of war are an attempt to reach those now accustomed to getting their information from tiny portable screens rather than thick and musty volumes. Since Monday, the Twitter page has gone from fewer than two dozen followers to more than 240.

"How cool is this!" one Twitter user tweeted Tuesday, linking to the site.

Umstead has been tweeting several times a day so far. She plans to follow the war's progress by recording thoughts of North Carolinians roughly in step with the chronology of the war, from the first stirrings of secession to the final surrender in 1865.

One of those following the tweets is Wilson Hines, a history major at Wayne Community College in Goldsboro.

Hines, 37, says that some history buffs may turn up their noses at services like Twitter, but it's increasingly important to use tools familiar to younger people to teach them about such a big part of American history.

"All these kids do is spend time on the Internet," he said. "It's on their phones, it's on their laptops ... Twitter is a fantastic way to get the word spread about historical events."

Hines has even seen specific interest in the Civil War growing on Twitter, where the #CivilWar hashtag -- a way to search for tweets referring to a particular topic -- has grown significantly in the last few months.

"Almost every minute someone's saying something new about the Civil War, where not long ago there might be one post a day," he said.

The conflict that millions of Americans followed at the time through newspapers, letters and the telegraph has become something of an Internet-era sensation, with efforts that also include blogs and web sites featuring accounts and images from the war. There are also numerous Facebook pages, and even Twitter accounts set up on behalf of long-dead figures from the war era, including Abraham Lincoln and Ulysses S. Grant.

Umfleet, who is new to Twitter herself, said she's taken to tweeting with enthusiasm, although there are hurdles to negotiate when bringing 19th century ways of speaking into the digital age.

"Sometimes their prose is a little difficult to follow, and unfortunately they don't end their sentences with LOL," she said.