The problem with the disaster-proof economy

Wall Street is shrugging off a flock of meltdowns and war. But Main Street still has a bad case of PTSD 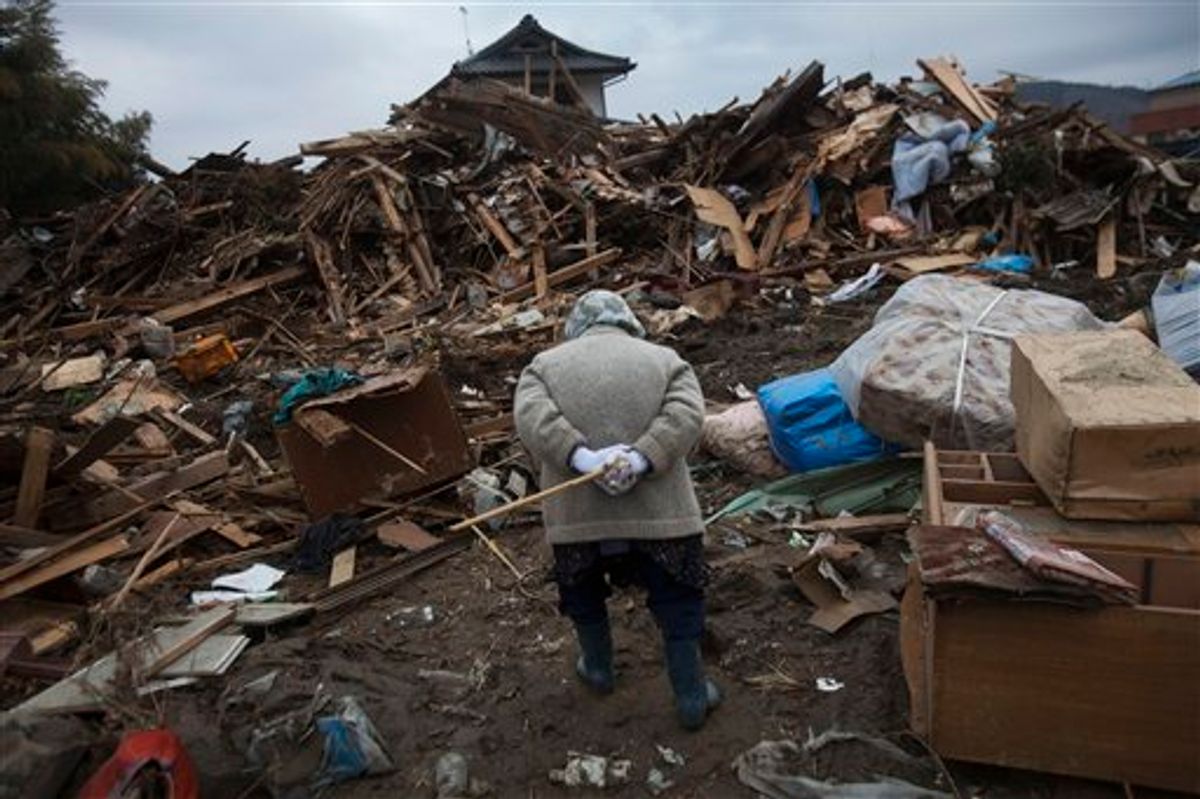 U.S. military intervention in Libya. $4.00 a gallon gasoline. A triptych of almost unimaginable disaster in Japan -- an earthquake, a tsunami, a nuclear reactor teetering at catastrophe's edge. European sovereign debt woes. Stagflation in the U.K., high unemployment in the U.S., food prices spiking everywhere. 63 percent of Americans think the country is on the wrong track.

With that context in mind, consider the headline from Bloomberg this morning, "All Clear Sounded as Markets Shrug Off Multiple Black Swans."

A "black swan" is an unpredictable event, and in the early spring of 2011, the skies are packed with flocks of 'em. So many, indeed, that we seem to have become accustomed to the regular advent of out-of-the-blue disasters.

But big capital is unalarmed.

Interest-rate derivatives, bond sales by the riskiest borrowers and rebounding benchmark stock indexes all show increasing confidence in the economy. New York-based JPMorgan Chase & Co. is putting up $20 billion of its own money in a short-term loan to finance AT&T Inc.'s $39 billion bid for Deutsche Telecom AGâ€™s T-Mobile business.

It may well be true that the global economy has the muscles to shrug off Japanese disasters, rising commodity prices, and European debt concerns. In the U.S., manufacturing growth appears solid, the trend in jobless claims is still headed in the right (downward) direction, and consumer spending appears robust. But you don't need to look further than that single Bloomberg paragraph to understand why 63 percent of Americans nonetheless think the country is on the wrong track.

The fact that the Philippines or the commercial satellite operator Intelsat are finding markets for their bonds is unlikely to inspire the average American wincing at the cost of filling up their tank with gas. Jobless claims might be falling, but out-of-work Americans who have stopped looking for work remain unconvinced that there are new opportunities worth seeking. Psychologically, many Americans seem like tsunami survivors still picking through the wreckage while shuddering nervously at each aftershock. What does it mean to us that JPMorgan is happy to bankroll AT&T's attempted purchase of T-Mobile -- besides the fact that if AT&T succeeds there will be less competition in the wireless market and fewer choices for consumers?

Disgraced former presidential candidate John Edwards used to refer to social stratification in the U.S. as the "two Americas." The disjunction between how Americans feel and how financial markets are behaving right now puts meat on that metaphor's bones. Wall Street acts like it can sail through deeply troubled waters without fear of foundering, while the rest of us still feel trapped in an inexorable whirlpool.