Hypocrisy breaks out all over on Libya

Ignoring Congress makes Obama's war look like Bush's. But the right reacts in ways it used to consider traitorous 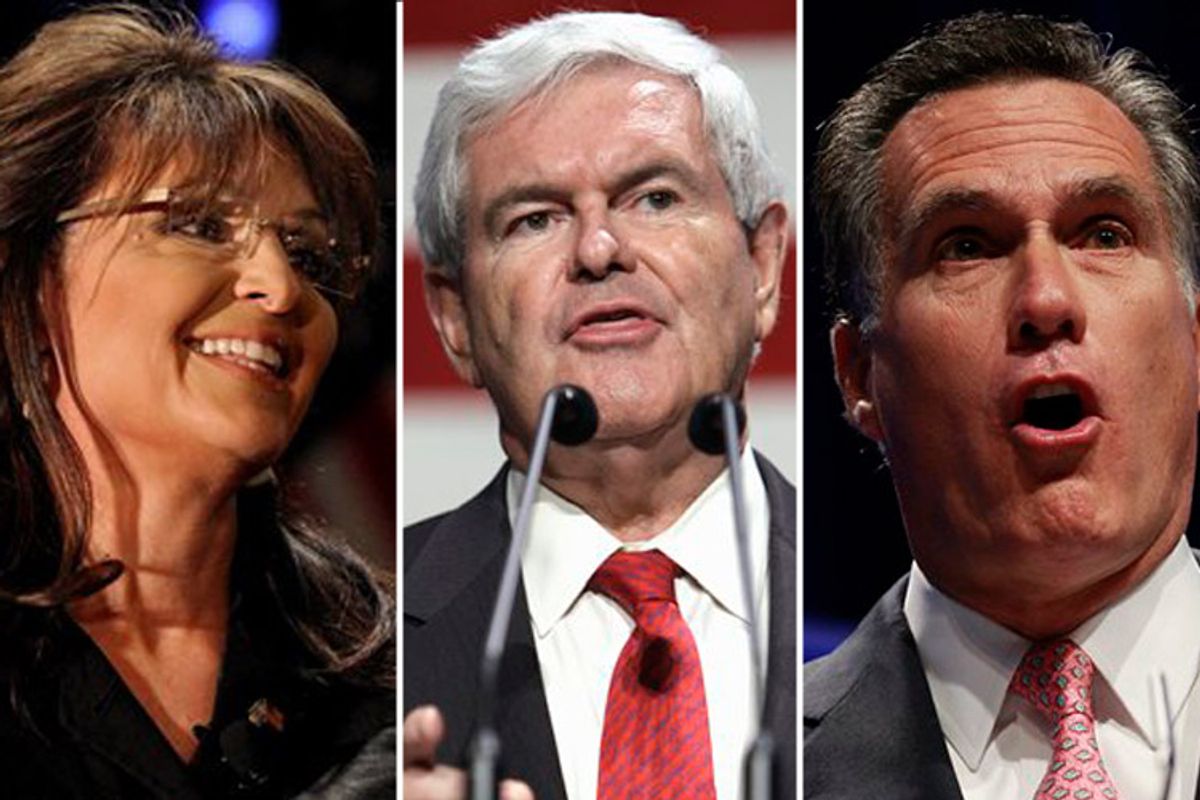 I'm not known to lack strong opinions, but I'm torn about U.S. intervention in Libya. You know it's complicated when Glenn Greenwald and John Judis, two people I normally agree with and whose thinking and integrity I always trust and admire, disagree almost completely.

I'm stuck believing this could well be a worthwhile humanitarian exercise, to stop Gadhafi's looming slaughter of political opponents and protect space for the widening democracy movement in the Middle East. The involvement of the United Nations as well as the Arab League, however wobbly, makes equating Libya and Iraq impossible. But I think the president's failure to consult Congress is wrong, yet another example of Obama and the people around him doing things they blasted under the Bush-Cheney administration.

Meanwhile, GOP presidential hopefuls are trashing the president in ways they insisted were near-traitorous when Democrats said anything similar about President Bush. (Let me be clear: I don't think leaders of either party should be muzzled when they disagree with a president about military intervention; I object to the persistent GOP double-standard.) Poor Mitt Romney, whose every flip-flop seems to be cataloged on YouTube: In 2007 he agreed with Fox's Sean Hannity that Democrats were "playing politics with war" in Iraq. He even quoted Sen. Arthur Vandenberg's oft-repeated, rarely adhered-to aphorism that "politics stops at the water's edge," adding, "I'm afraid Nancy Pelosi and Harry Reid have gone beyond that water's edge." Of course, on Monday Romney trashed President Obama on Libya by blasting his "absence of a discernible foreign policy" to Hugh Hewitt, blaming said absence on Obama's alleged "fundamental disbelief in American exceptionalism. In the president’s world, all nations have 'common interests,' the lines between good and evil are blurred, America's history merits apology ... And without a compass to guide him in our increasingly turbulent world, he’s tentative, indecisive, timid and nuanced."

Likewise Sarah Palin babbled about something vaguely like Vandenberg's aphorism, telling an Indian audience "as we travel to foreign soil, we don't criticize our President's foreign policy." Then she criticized it as "dithering."

Newt Gingrich has never been shy about criticizing a president's foreign policy -- as long as that president is a Democrat. In May 1999 he blasted President Clinton's intervention in Kosovo:

"Instead of Theodore Roosevelt's 'talk softly and carry a big stick,' we have yelled and carried a toothpick," said Gingrich. "And what has happened? The people we are protecting are driven out or killed or raped, the people that are under the shelter of the U.S. are no longer in Kosovo." Since then, of course, Kosovo has mostly been judged a success.

Now Gingrich is criticizing Obama's Libyan strategy as being exclusively about "opportunism and news media publicity."

By far, though, the worst GOP hypocrisy comes from failed 2008 candidate John McCain, who is saber-rattling for even more U.S. action in Libya than Obama proposes. But McCain was for Gadhafi before he was against him: As Justin Elliott reveals, McCain and his sidekicks Sen. Lindsay Graham and Joe Lieberman visited Libya only18 months ago and even discussed renewing arms sales to the dictator McCain now despises. "We discussed the possibility of moving ahead with the provision of non-lethal defense equipment to the government of Libya," McCain told a press conference, noting that "ties between the United States and Libya have taken a remarkable and positive turn in recent years."

Of course, Democrats in the Obama administration are guilty of their own hypocrisy, having deplored President Bush's for disdaining consultation with Congress, and now they're guilty of it themselves. National Security Advisor Thomas Donilon came up with a novel excuse for the administration's failure to formally consult Congress: "The circumstances arose with the passage of the United Nations Security Council on Thursday, the night before a congressional recess. So he did, even with that, call Congress, those who remained in town on Friday and those who are out of town, on the phone to consult with them." As David Dayen notes, it sounds like Donilon is trying to say, Gee, we might have gone to Congress – but they were out of town!

Here are a few things I found intellectually interesting and/or surprising in trying to think about the Libyan mess:

Juan Cole lays out all the reasons it's not Iraq. While Cole shares my misgivings about the administration rolling over Congress, he expresses a little bit of optimism that the action can at least protect anti-Gadhafi rebels and dissidents and maintain some space for a pro-democracy movement to develop.

Garrett Epps explains the political reasons Obama should have gone to Congress -- and says it's not too late.

And if you want something on Libya that's neither interesting nor surprising, try Richard Cohen. He manages to compare Obama to 1950s comedian Milton Berle -- dating himself while also demonstrating the fundamental frivolity of his political worldview -- while trafficking in the absolutely most ridiculous criticism of the president: that in a "boys against the girls" battle, pitting Hillary Clinton, Susan Rice and Samantha Power against Bob Gates and Mike Mullen, a "dithering" Obama sided with "the girls." Please. Given the 2008 primary drama that embroiled Power and Rice in a fight with Clinton, I'm glad to see three women I admire on the same side, even as I'm not sure I agree with them. But depicting them as the tough chicks who rolled our military leaders and a "dithering" president (that's the right's favorite word, I'm sure you've noticed) is disrespectful to everyone involved, particularly Cohen's long-suffering readers.