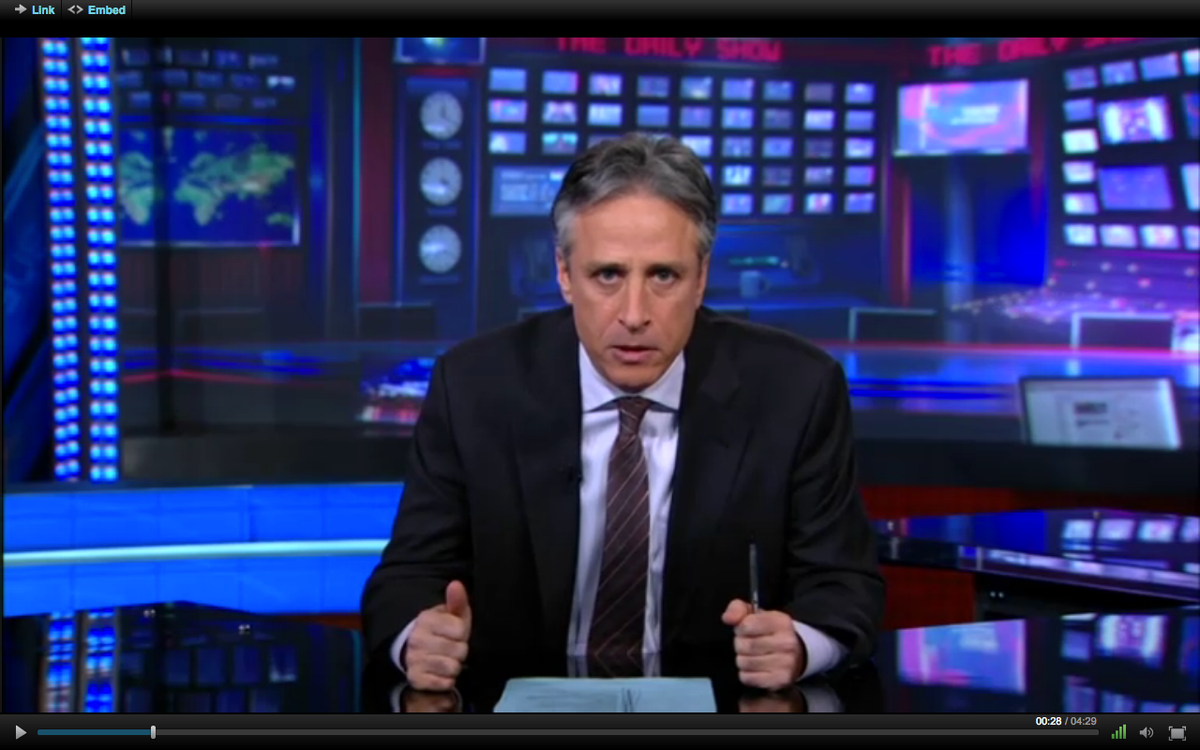 After a weeklong hiatus, Jon Stewart seemed stunned at how much the world had unravelled in just a week. A natural disaster of historical proportions struck in Japan. The United States bombed Libya on the anniversary of the Iraq War. Knut died.

Despite the stray scream or two, the Daily Show host managed to hold it together fairly well: