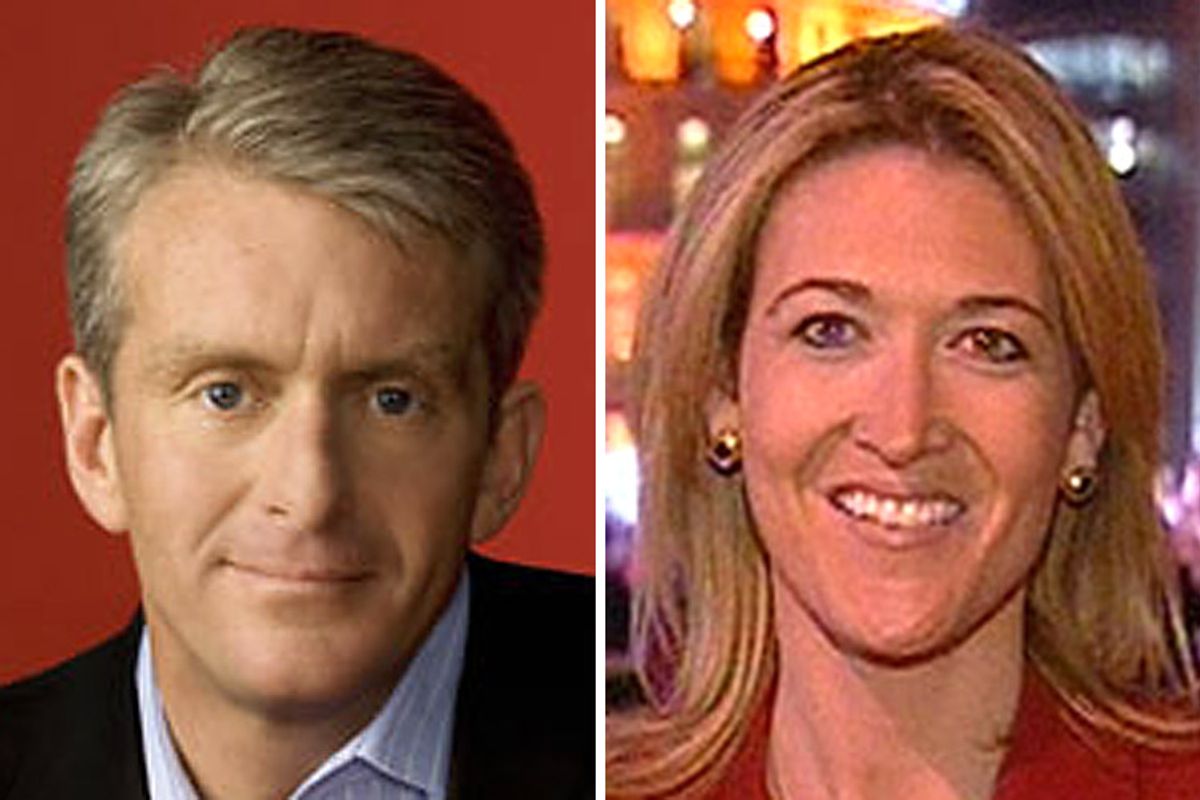 CNN international correspondent Nic Robertson lit into Fox News for irresponsibly running an "exclusive" on journalists being used as human shields in Libya. According to the original story by Fox News' Jennifer Griffin, reporters from CNN, Reuters and others obstructed a British bombing mission due to their presence at a government-sponsored tour of the Gadhafi compound. Griffin also reported that Fox News had not sent a representative on the tour due to the Gadhafi regime's intention to "effectively use" journalists as human shields.

As Nic Robertson pointed out on CNN last night, almost none of this is true. Calling the idea of using journalists as a human shield "nuts," Robertson points out that a Fox News employee -- who was later revealed to be a security guard -- did in fact go on the tour with a small camera. Not present on this tour or many others, evidently, was Fox News' reporter:

Steve Harrigan, the correspondent here, is somebody I've known for many years -- I see him more times at breakfast than I see him out on trips with government officials here.

Nic Robertson's full tirade is worth a watch:

Jennifer Griffin replied to Robertson's criticism late last night and apologized for the error over Fox News' presence on the tour. Evidently, Harrigan wanted to stay back at the hotel in order to stay on the air and "provide full coverage of what was going on in Libya." Griffin also defended her report about the Gadhafi regime's "human shield" scoop, which she got from an unnamed British source.