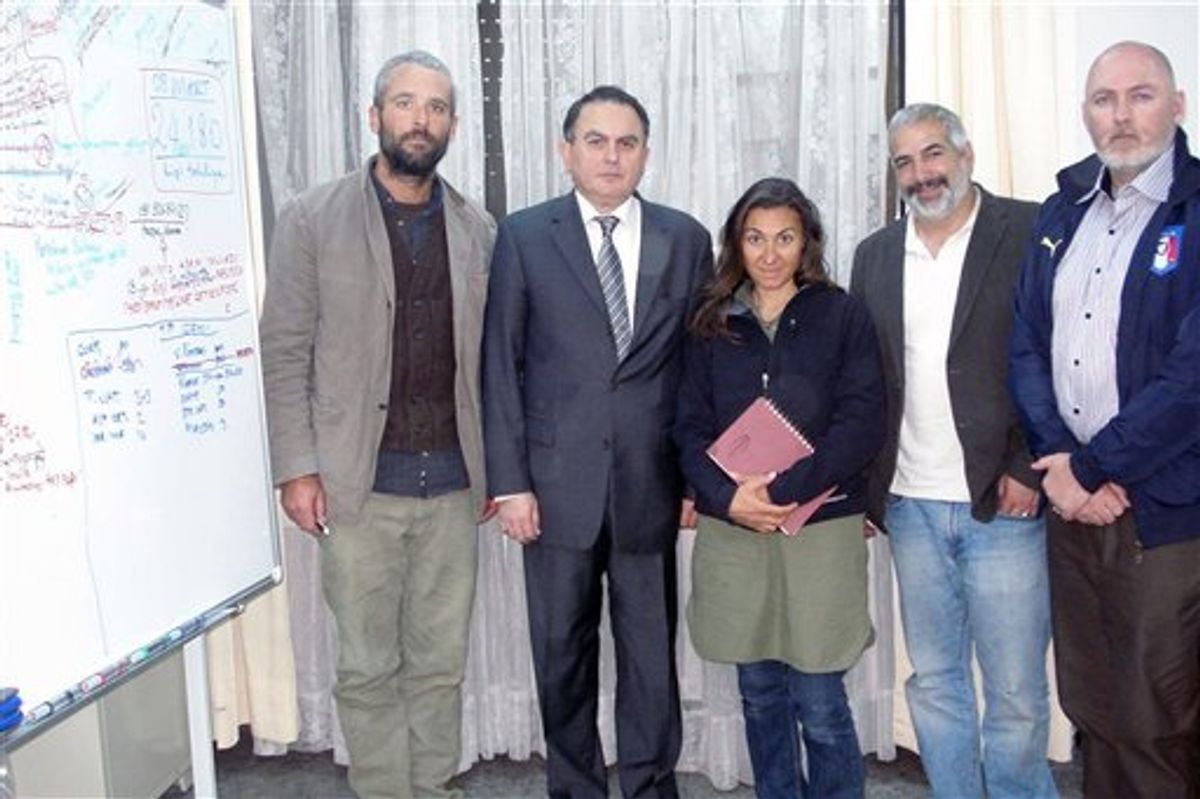 In this March 21, 2011 photo released by the Turkish Ministry of Foreign Affairs, from left to right, New York Times journalists Tyler Hicks, T Ambassdor Levent Sahinkaya, Lynsey Addario Anthony Shadid and Stephen Farrell pose at the Turkish Embassy in Tripoli, Libya. The four New York Times journalists who had been held by Libya crossed into Tunisia on Monday after being released. (AP Photo/Turkish Ministry of Foreign Affairs) (AP)
--

The four New York Times reporters who went missing a week ago in eastern Libya were released yesterday by the Libyan military, after six days in captivity. The journalists -- Anthony Shadid, Tyler Hicks, Lynsey Addario and Stephen Farrell -- were covering the conflict in Ajdabiya, about 100 miles south of the rebel enclave of Benghazi. While attempting to extricate themselves from an increasingly violent environment, their driver made a wrong turn and headed straight into a Libyan government checkpoint. What followed was a terrifying ordeal that began with a hail of gunfire and involved callous abuse as well as the threat of execution:

They told all four to empty their pockets and ordered them on the ground. And that is when they thought they were seconds from death.

Then another soldier spoke up. "One of the others said: 'No, they’re American. We can't shoot them,'" Mr. Hicks said.

After that close call, it was another three days before anyone knew the journalists' whereabouts, and several rounds of tense negotiations before the U.S. State Department, with the help of Turkish emissaries, were able to secure their release.


Read the entire harrowing account at the New York Times