When it comes to military adventurism, the public can be very impatient -- and surprisingly forgiving 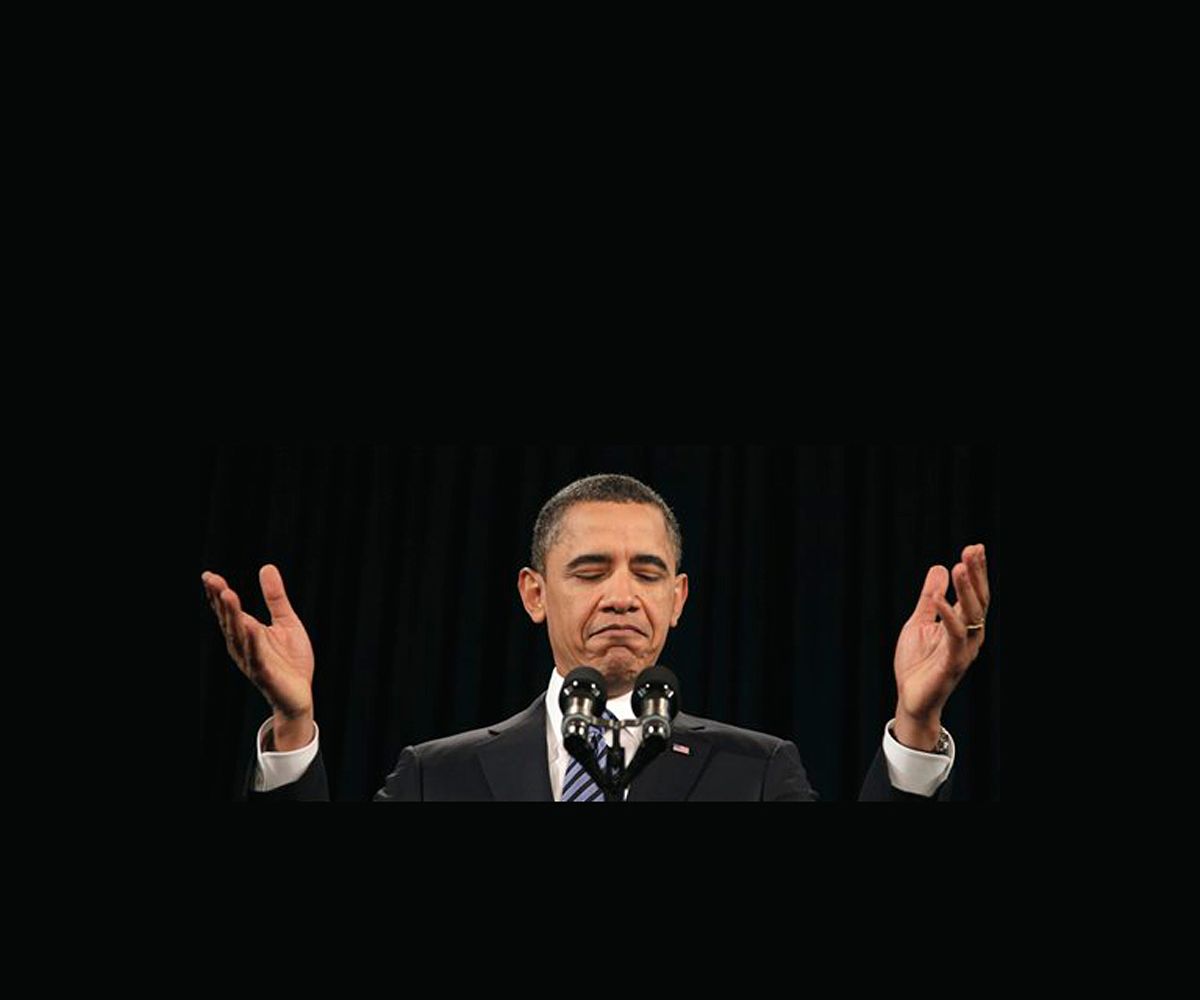 It's tough to make much sense of the early polling data on President Obama's actions in Libya.

One survey, from the Pew Research Center, finds that nearly two-thirds of Americans don't believe there is any moral obligation for the United States to intervene to protect civilians from Moammar Gadhafi's forces. But another, conducted for CNN, shows that 70 percent of Americans support their country's involvement in an effort to impose a no-fly zone -- although only 50 percent say they approve of Obama's handling of the situation.

Granted, these findings aren't automatically in conflict. Americans may believe that intervening is the right thing to do, even if they don't feel the U.S. is obligated to do so -- just as those who support imposing the no-fly zone may still disapprove of Obama's performance on (say) the grounds that he's waited too long to act. Still, I'm inclined to agree with Nate Silver, who argues against "interpreting these results overly literally."

A review of the recent history of American military intervention, though, does offer some guidance about where public opinion may move as the campaign progresses:

1) If the campaign is brief and produces an outcome widely considered to have improved the situation (or not made it measurably worse), then there will be no political damage for Obama -- nor will there be much of a long-term reward for him; instead, the intervention will quickly be forgotten. Think Ronald Reagan and Grenada in 1983.

2) If a quick conclusion proves elusive and the campaign drags on, public support will decline rapidly -- provided the conflict stays prominent in the news. Afghanistan, which the media and the general public seemed to forget in the middle of last decade, is a good example of this. When the campaign began weeks after 9/11, public support was astronomical. When the media began paying attention again years later, doubts about the wisdom of U.S. involvement flourished. What had we achieved anyway?

3) If there is a traumatic event involving American casualties, support will evaporate almost instantly. Reagan's decision to send Marines to Lebanon on a "peace-keeping" mission during that country's civil war is a good example. When 241 servicemen and -women were killed by a truck bomb in Beirut, Americans demanded that the troops come home immediately. At first, Reagan refused and swore to retaliate and not be swayed by terrorism. within four months, he withdrew American troops -- without ever retaliating.

Reagan's Lebanon experience is particularly instructive, since it demonstrates how forgiving the American public can be even when military intervention backfires horribly. When Reagan dispatched troops to Lebanon, it had been less than a decade since the fall of Saigon and the American public was weary of war. They also weren't sold on the mission; a poll in September '83 -- before the bombing -- found that only 25 percent of Americans believed there was a clear purpose to the intervention. Given how tragically Lebanon turned out, you'd think the public would have been furious at Reagan for some time. But they weren't -- probably because he ended the mission so quickly after the bombing, leaving the civil war to rage for seven more years.

This suggests that Obama has a brief but definite window to achieve a meaningful result in Libya and get out -- a few weeks, maybe a few months (and less if there are American casualties). After that, it won't really matter how you parse the polls: The public will be against him.