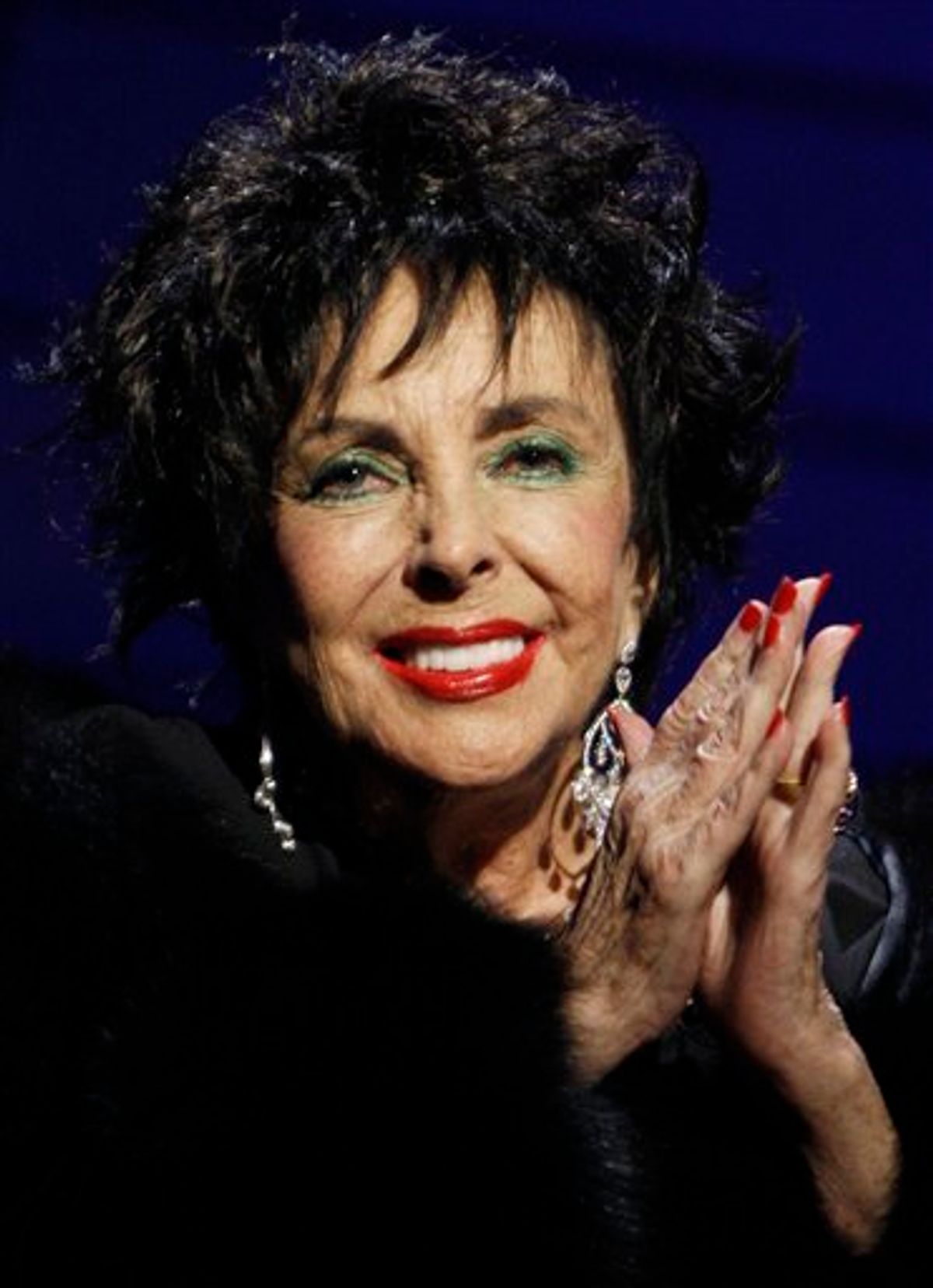 FILE - In this Thursday, Sept. 25, 2008 file photo, Elizabeth Taylor speaks during the 26th Annual Macy's Passport to Fashion gala in Santa Monica, Calif. Elizabeth Taylor has been admitted to a Los Angeles hospital and is being treated for symptoms caused by congestive heart failure, according to her spokeswoman, Friday, Feb. 11, 2011. (AP Photo/Matt Sayles, File) (AP)
--

Screen legend Elizabeth Taylor has died in Los Angeles. She was 79.

Publicist Sally Morrison says the actress died Wednesday morning at Cedars-Sinai Medical Center from congestive heart failure. Morrison says her children were at her side.

She'd been hospitalized for about six weeks.

Taylor first gained stardom as a child and appeared in more than 50 films. She won Oscars for her performances in "Butterfield 8" and "Who's Afraid of Virginia Woolf?"

She was equally famous for extraordinary beauty and her stormy personal life, including eight marriages and a series of physical ailments.

In later years, she was a spokeswoman for humanitarian causes, notably AIDS research. That work gained her a special Oscar in 1993.