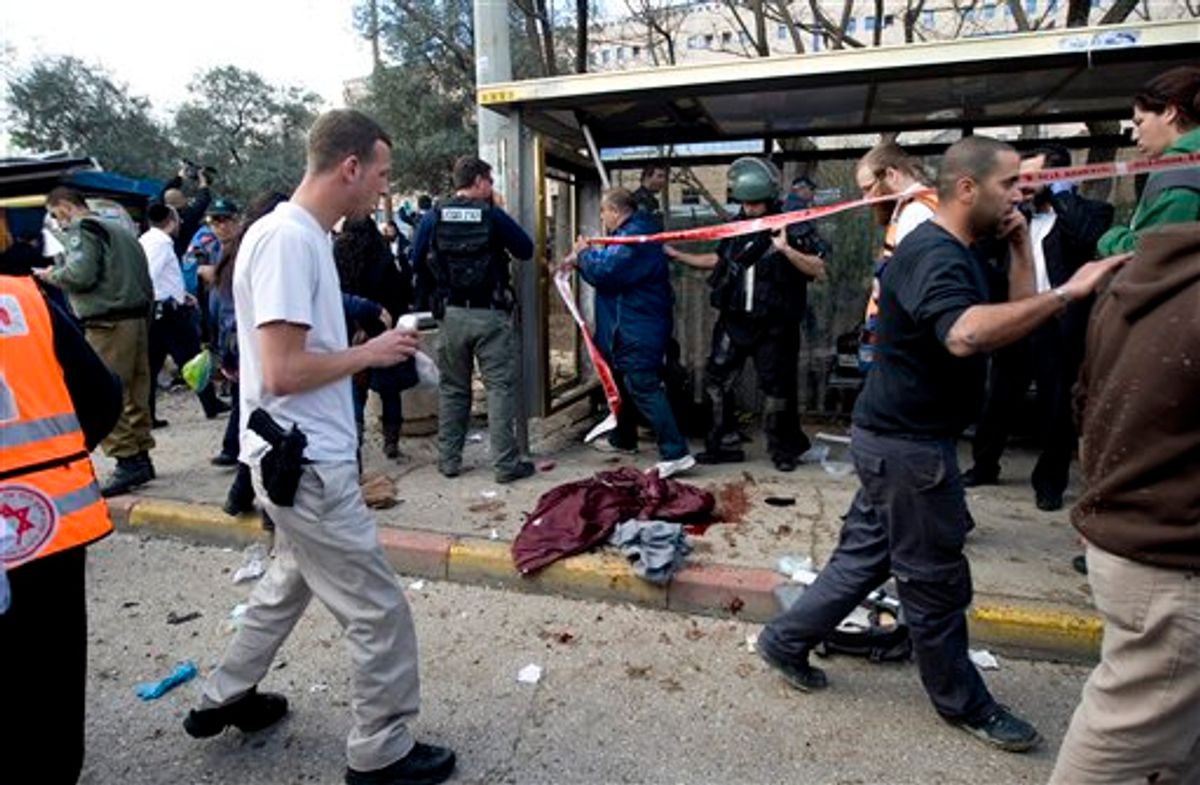 Israel Rescue workers and paramedics work next to a pool of blood following an explosion at a bus stop in Jerusalem, Wednesday, March 23, 2011. A bomb exploded near a crowded bus, wounding at least eight people in what appeared to be the first militant attack in the city in several years. (AP Photo/Ariel Schalit) (AP)
--

A bomb exploded at a crowded bus stop Wednesday in central Jerusalem, injuring dozens and killing one in what appeared to be the first militant attack in the city in several years.

The blast could be heard throughout Jerusalem and blew out the windows of two crowded buses. Rescuers were seen removing bloodied people from the area on stretchers. Israel's national rescue service said 25 people were wounded, including 15 seriously. State-run Israel Radio says one woman has died.

Meir Hagid, one of the bus drivers, said he heard a loud explosion as he drove by the site, located near the main entrance to Jerusalem and its central bus station.

"I heard the explosion in the bus stop," he said. He halted his vehicle and people got off. He said nobody in his bus was hurt.

Jerusalem suffered dozens of suicide bombings that targeted buses and restaurants during the second Palestinian uprising last decade. But the attacks have halted in recent years. Jerusalem last experienced a suicide bombing in 2004.

The bombing came amid rising tensions between Israel and the Hamas militant group, which has killed hundreds of Israelis in suicide bombings and other attacks in recent years.

Update: This article originally stated that dozens were killed in the bombing. That estimate actually included the number of injuries, not only fatalities. Currently, there is one confirmed death. The article has been updated to reflect that.