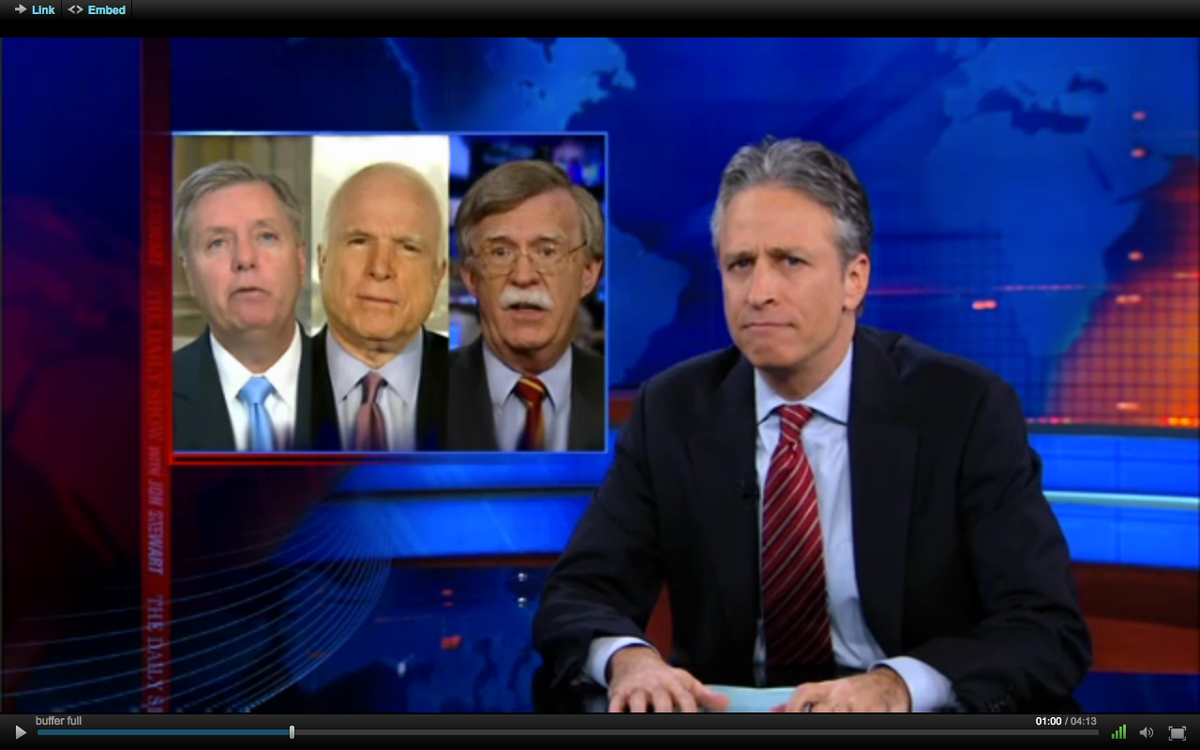 The Daily Show offered its best gotcha-media perspective on Republicans' criticism of Obama's actions in Libya. Just a few weeks ago, prominent GOPers like John McCain and John Bolton insisted that a no-fly zone would be the best action the United States could take in the warring North African nation. When Obama committed to the no-fly zone with U.N. support, the same camp was quick to scold the President for his lack of leadership in gathering support for a no-fly zone.