"My Korean Deli": Finding redemption in a Korean deli

A heartwarming tale about a magazine editor who makes a new beginning, with an unexpected venture 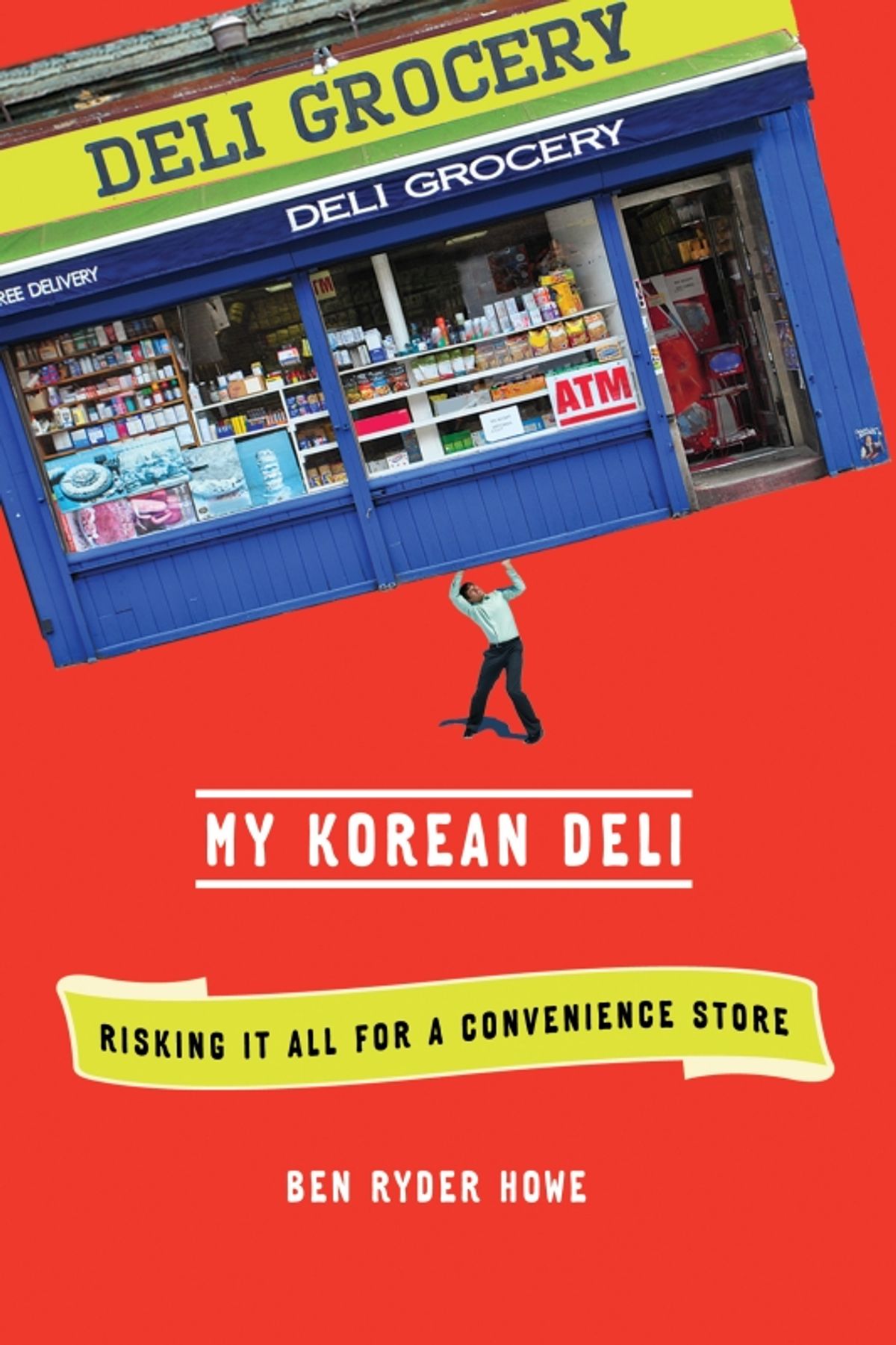 For everyone there are occupations it's impossible to imagine doing with even the slightest bit of success. A talented orchestral musician might struggle as a military fighter pilot; a gifted lawyer might find managing a fleet of long-haul truckers overwhelming. This is very fertile ground for storytelling, of course. One can lampoon both the employee and the employer, in turn presenting stereotypes, blowing them to bits, and then having the protagonist turn around to find the same stereotypes come to life. An especially clever writer can bury all sorts of subtexts in the narrative, wringing meaning and laughs out of situations limited only by his imagination and his taste for absurdity.

It's a whole other matter to find oneself living it instead of inventing it, and to then uncover the subtexts and laughs that may have been hard to identify during each doubt-filled workday. It's hard to find the deep meaning of an experience when your comfort zone is out of reach. That makes "My Korean Deli" something of a marvel, because what Ben Ryder Howe has done is to take his own unique experience -- one on par with any fish-out-of-water tale -- and present it in a way that preserves that uniqueness without straining credulity.

This is no small thing, as Howe's story has all of the requisite components of a fictional concoction. At no point does anything completely out of the realm of probability happen, though; rather, it's the way the pieces of the story come together, neatly fitting together in ways that allow the subtext to take care of itself. Howe, a senior editor at the time for the Paris Review, and his wife decide together to break open their nest egg and purchase a Korean deli for his mother-in-law, Kay. Howe is drafted into taking shifts at the store and finds himself a fish very much out of water, dealing with financial complications well beyond his grasp, labyrinthine city codes that seem to damn you if you follow them and damn you if you don't, violent-but-good-hearted (or are they?) employees who stayed on when ownership changed hands.

And so on. "Concoction" is an apt word to use for "My Korean Deli" -- the book is light and airy in its treatment of matters that a lesser writer might have approached with a heavy hand. Howe doesn't shy away from thorny issues of cultural differences -- the double challenge of working out of your element for somebody with an entirely different approach to labor while simultaneously working for your mother-in-law gets an ample share of ink. Howe never lets his thoughtful ruminating slow the story down, but neither does he take the easy way out by making a joke of it (though he does refer to his mother-in-law as "the Mike Tyson of Korean grandmothers" in one of his more charitable moments).

There are life lessons aplenty here, to be certain, and Howe makes a point of putting the "life" before the "lesson." That helps make the overall work enjoyable in a way a work of fiction couldn't as easily achieve. If it's a cliché to call this a heartwarming tale of redemption, that cliché exists on the strength of books like this one.

Matthew Tiffany is a mental health therapist whose writing has appeared in numerous publications. He blogs occasionally at http://condalmo.wordpress.com.