While Obama talks of saving civilians in Libya, information about innocents killed by U.S. drones is kept secret 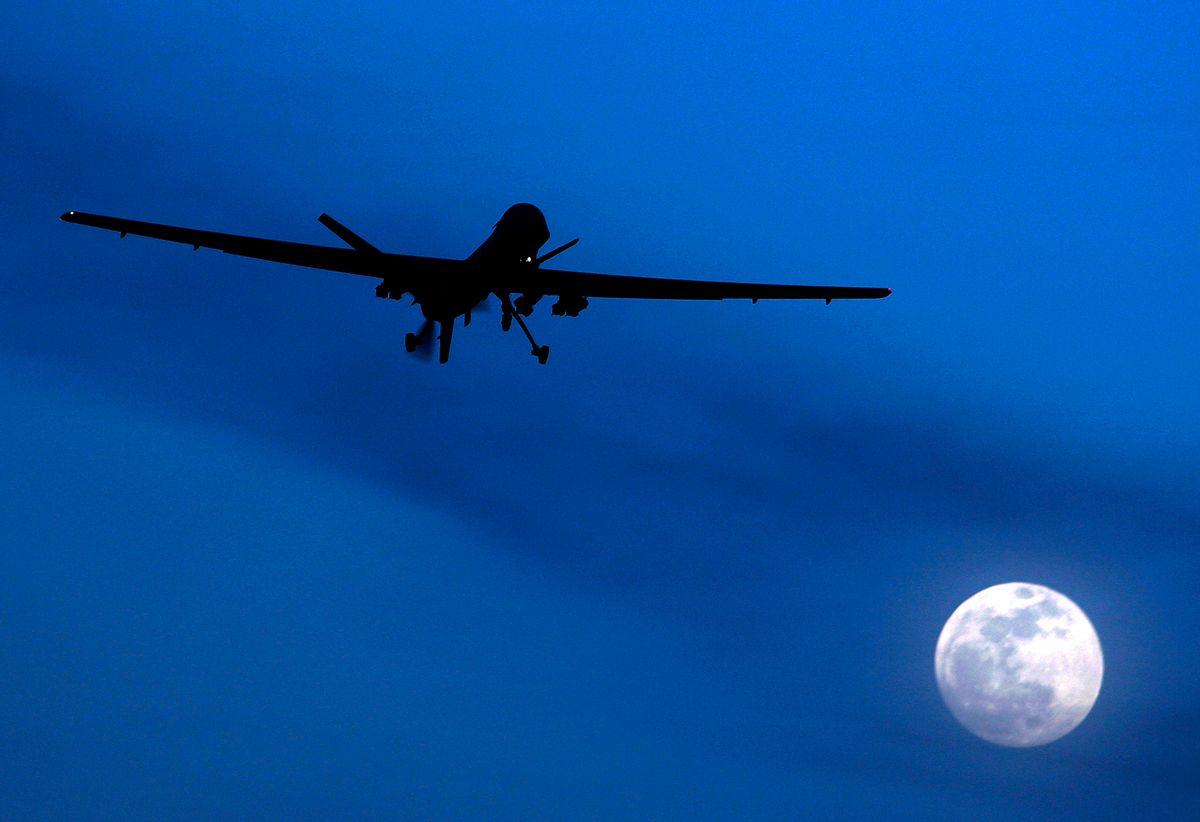 The big focus of the Obama administration in the last week has been, in President Obama's words, "to stop the violence against civilians." That's in Libya, of course, where Moammar Gadhafi was threatening to quell a rebellion based in Benghazi.

In this context, it's particularly striking to read the news from the ACLU -- which has been waging a legal battle to wring information from the government about American drone strikes -- that the military doesn't even keep a tally of civilian deaths caused by drones:

The Department of Defense has confirmed that it does not compile statistics about the total number of civilians that have been killed by its unmanned drone aircraft. The DOD disclosed this information in a letter in response to a Freedom of Information Act (FOIA) lawsuit filed by the American Civil Liberties Union demanding that the government disclose the legal basis for its use of unmanned drones to conduct targeted killings overseas.

According to the DOD, the military’s estimates of civilian casualties do not distinguish between deaths caused by remote-controlled drones and those caused by other aircraft. While each drone strike appears to be subject to an individual assessment after the fact, there is no total number of casualties compiled. Moreover, information contained in the individual assessments is classified – making it impossible for the public to learn how many civilians have been killed overall.

Many significant details about the use of drones by both the military and the CIA are shrouded in secrecy. The CIA, for its part, has entirely refused to respond to the ACLU's request for information about the drone strikes in Pakistan. Now we also know that the Defense Department does not keep a tally of civilians killed by drones.

While the Pentagon does apparently have "individual assessment" reports on each drone strike, the government has said those are classified, ACLU attorney Jonathan Manes tells me.

Moreover, these attacks typically are in areas -- like Afghanistan and northwest Pakistan -- where it's extremely difficult for reporters to operate safely and on their own. Thanks to the work of independent researchers, we do have some information on civilians killed by drones.

The administration, of course, says that all possible steps are taken to limit civilian casualties. But it's impossible to scrutinize that claim when the government is keeping all the data secret.

"The overall numbers are important because they would allow the public to assess whether drones are a new, more precise method of exerting air power," Manes says. "A lot of people do not believe that drones can discriminate between civilians and non-civilians, unless there is very good intelligence on the ground. Other people think that drones do a better job than other kinds of weapons."