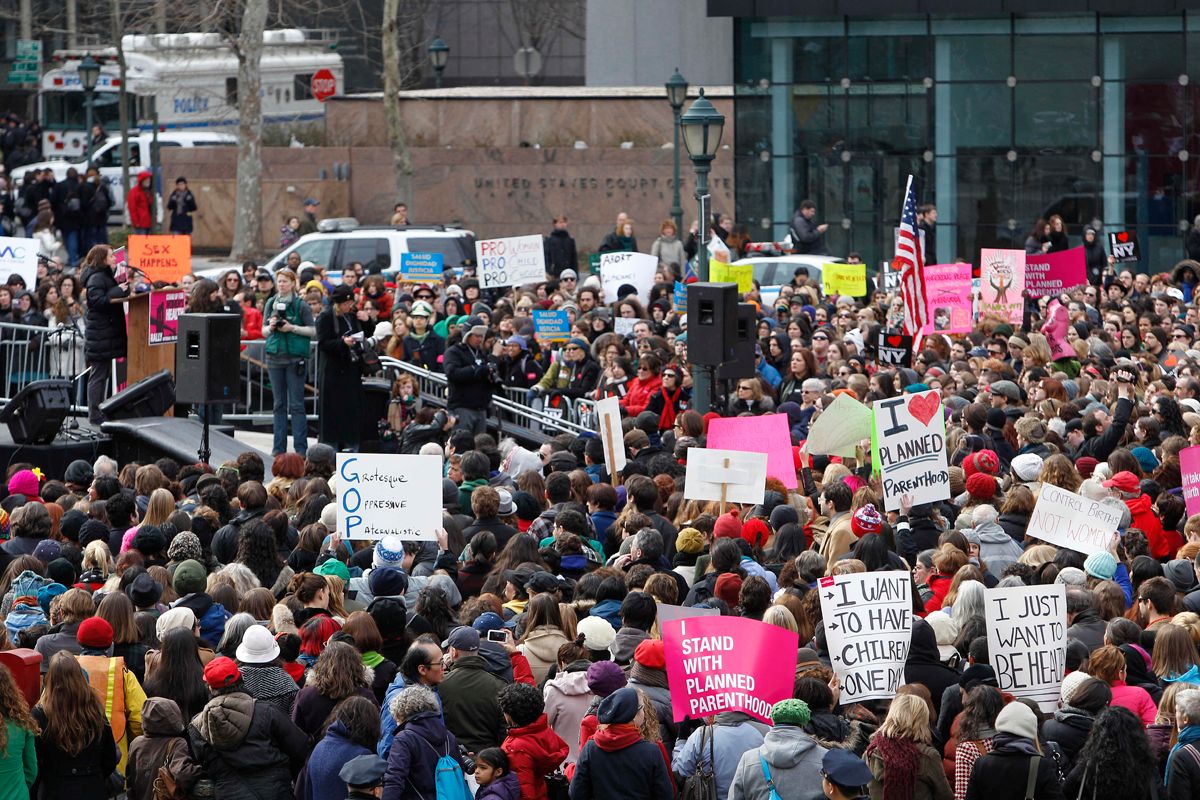 Could a successful defense of Planned Parenthood force a government shutdown?

The news that a handful of moderate Republican senators -- Massachusetts' Scott Brown, Alaska's Lisa Murkowski and Maine's Susan Collins -- oppose cutting federal funding for the family planning nonprofit has defenders of the high-profile organization breathing a huge sigh of relief. With Senate Majority Leader Harry Reid, D-Nev., declaring outright last week that he would not accept a budget deal that included cuts to the program, it seems clear that the votes to defund Planned Parenthood simply aren't there in the Senate.

Whether the same will hold true for the other hot-button cuts that the House GOP has been pushing, such as defunding healthcare reform and NPR, remains to be seen. But it's a little too early to declare victory on any front. Because the real significance of Planned Parenthood's reprieve won't be apparent until we get hard numbers on the reaction of House Republicans to the likely Senate rebuff. Speaker of the House John Boehner and Majority Leader Eric Cantor may be willing to recognize reality and jettison the attack on Planned Parenthood, but rank and file Republicans -- with special consideration given to the 86 freshman representatives -- are likely to see surrender to the Senate as a call to revolt. In other words, the more successful Senate Democrats are at resisting House cuts, the higher the odds for a government shutdown become. And who knows what happens after that?

Earthquakes and tsunamis and military intervention in Libya have shoved the ongoing budget negotiations between the Republican-controlled House and the Democratic-controlled Senate into the background. But in just two weeks, the most recent agreement enabling the government to keep operating will expire, and the odds that another deal will be as easy to put together as the last two seem slim.

Even as Senate moderates wobble, pressure from the right is stepping up. A letter sent earlier this week to Congress signed by representatives of two dozen conservative groups called the struggle over Planned Parenthood "a fiscal issue with symbolic resonance." No matter what side of the issue you fall on, there's no doubting the truth of the second part of that statement. And, again, the same goes for healthcare reform and NPR and the EPA, et cetera. Tea Party Republicans are itching for a fight on these issues -- for them, the culture war and the budget showdown are one and the same.

So far, the two consecutive deals to avoid an imminent government shutdown eschewed including any of the controversial social policy-related cuts so hotly desired by the hard right. Six House Republicans voted against the first deal, and 54 rejected the second -- as clear a sign as you could ask for that dissatisfaction is brewing on the radical wing of the Republican Party. Now that the Senate is making it plain that it won't play ball on Planned Parenthood, it seems reasonable to assume that opposition to the next proposed deal will be even more intense.

Longtime budget analyst Stan Collender recounted in his blog today the details of a talk he was asked to give on the debt ceiling to the Tea Party caucus in late February. Here's the key section:

But the most interesting exchange came when the Tea Party state chairs openly threatened the reelection of the Tea Party supporting members of Congress who attended. This was anything but subtle. One of the chairs specifically pointed at the members and told them that the Tea Party had elected them and would run someone against them in the next election if they didn't vote as expected. This was beyond a "passionate" exchange: It was angry with a strong take-no-prisoners attitude....

This presents the House Republican leadership with two very difficult choices on the federal budget.

On the one hand it can move further to the right to accommodate what the Tea Party wants. If it does that, however, it likely will adopt legislation that won't pass in the Senate. By doing that the party will make the Tea Party happy but nothing will actually be accomplished.

On the other hand, as it did on the latest continuing resolution, the leadership can move toward the center and pick up enough Democratic votes to get something passed by Congress. Doing that will likely mean, however, that the GOP will lose the Tea Party not just on this issue but on most others at least until the next election. Given what I heard a the caucus meeting, Boehner and Cantor might both get primary challengers from Tea Party candidates in 2012.

As I've been saying for a while, all of this makes a government shutdown more likely to happen.

With just a tad over two weeks to go until the next deadline, the posturing is going to be hot and heavy. Compromise in the face of political reality is a time-honored American tradition, but in the case of this year's version of the House, there are scores of new representatives who are convinced that times have changed -- that this is their moment to change how American politics work. A lot more than the funding for Planned Parenthood is riding on the question of whether or not they are right.