Find this man a wife

And he promises to give you $10,000. We talk to the guy behind HookChasUp.com -- and make him cry 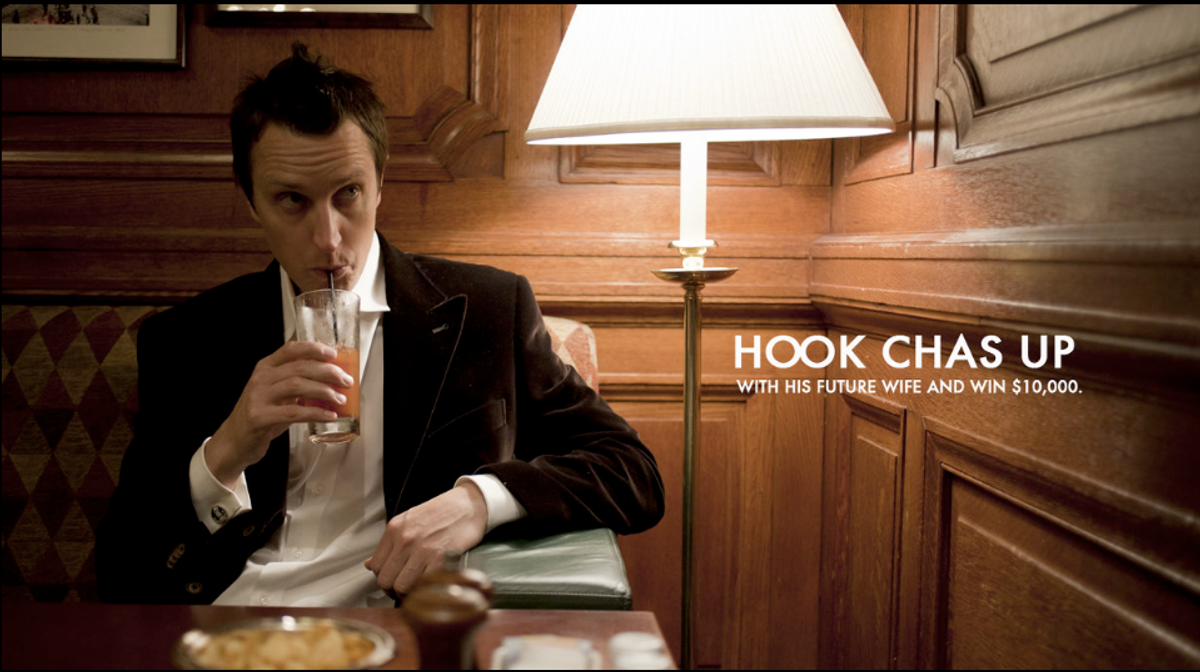 When I arranged to meet up with Chas, a 40-year-old San Franciscan promising $10,000 to whoever introduces him to his future wife, I expected a sales pitch. I figured he was either a cynic seeking viral fame or a lonely playboy who believed money could buy him anything. The last thing I anticipated was that I would make him cry. But the man behind HookChasUp.com, a site that is going viral thanks to its buzzy premise, isn't what he at first seems.

The site is full of professional photos of himself and pithy, ironic lines -- for example, "If this helps me find a soulmate, it'll be worth bazillions. But I don't have bazillions. $10k seemed to say, 'I'm serious but not insane,'" and "I'm an optimistic guy. I try to see the good in things. Despite a world full of angry drivers, suicide bombers, and people who litter, life is too short for negativity." It seems too high-gloss to be genuine -- but the shots were taken by a photographer friend and it just so happens that Chas is a copywriter for an ad agency. "I'm so used to using my creativity to solve other people's problems," he tells me. "Now I'm using it to solve my own problem."

That seemed plausible enough -- but it wasn't until a woman interrupted us in the middle of our interview at a local Starbucks that I got a glimpse of the real, unvarnished Chas. She jutted out her hand, introduced herself and explained that she worked for none other than the social network: "You sparked an entire internal conversation. Everyone at Facebook is like, 'I love that guy! The world is better when it's social!'" When she explained that she had immediately recognized him as "the dude from the website," he clasped his chest: "Oh my gosh. My heart rate is like literally two times what it usually is." Then he started to tear up. "It's just really overwhelming." This was either the best actor I'd ever laid eyes on -- or a genuine, decent human being looking for love in the best way he knows how.

He told me that he "blossomed late" and said, "It took a long time to get to know myself and be totally comfortable with who I am." He's had long-term and short-term relationships; and he's dated casually in between. He didn't want to get into the details of why his serious relationships didn't work out -- "out of respect for those women" -- but he blames it on his being unsure at the time of what he wanted. After a recent period where he was drowning in work, he realized that he needed to adjust his priorities, so he reduced his hours and set out to find love. In the past, friends agreed to set him up, but they ended up being too busy to make it happen. He's tried all the major dating sites, but says, "It's hard to stick out, and it was a lot of work for the amount of output that I got from it." With his website, he explains, "I could say, OK, here's who I am, here's my personality, and if it resonates or if you have a friend who might get along with me, then I would love to hear from you."

It seems a questionable approach. Why would strangers on the Web do a better job of setting you up than real-life acquaintances who know you well? If you look at it from another angle, though, he's essentially buying viral ad space. He's paying for crowd-sourced matchmaking. His site wouldn't get nearly so much attention without the offer of $10K. And yet he tells me that approximately half of the 700 or so e-mails he's received in the two weeks since the site launched explicitly say: Screw the ten grand, I just really want you to meet my friend. "People want their friends to be happy and I'm putting myself out there saying, 'I want to start a family,' and I really do." He really does, people. Toward the end of our conversation, I told him that he was the opposite of what I'd expected -- that he was shockingly kind, sweet and genuine. His eyes really started to tear up this time and his lip quivered.

It turns out he wasn't the jaded one; I was. Before meeting with Chas, I posed a question to my Twitter followers: "What should I ask a man promising $10K to the person who sets him up with his future wife?" The responses were unsurprisingly wry, for example, "Is he expecting a refund in the event of divorce?" and, more succinctly put, "www.mailorderbride.com/kthanxbai." The friend who had introduced me to his site jokingly e-mailed to call dibs on the $10,000 in the case that I hit it off with Chas and ended up marrying him myself. I joked to a co-worker: "I wonder if I get the ten grand if his future wife finds him through my article." What a cynical bunch!

Of course, what else could you expect in response to the offer of an Internet-age dowry? Nowadays, we are attuned to detect bullshit in the constant stream of meaningless Web stunts and ephemera. Most of us have learned to be skeptical about whether someone is who he says he is, or something is what it seems. I suppose that isn't so different from how so many of us approach matters of the heart. We scrutinize intentions, attempt to anticipate and preempt rejection, and try to secure long-lasting commitment -- and then some of us offer strangers on the Internet several grand to help us find it.