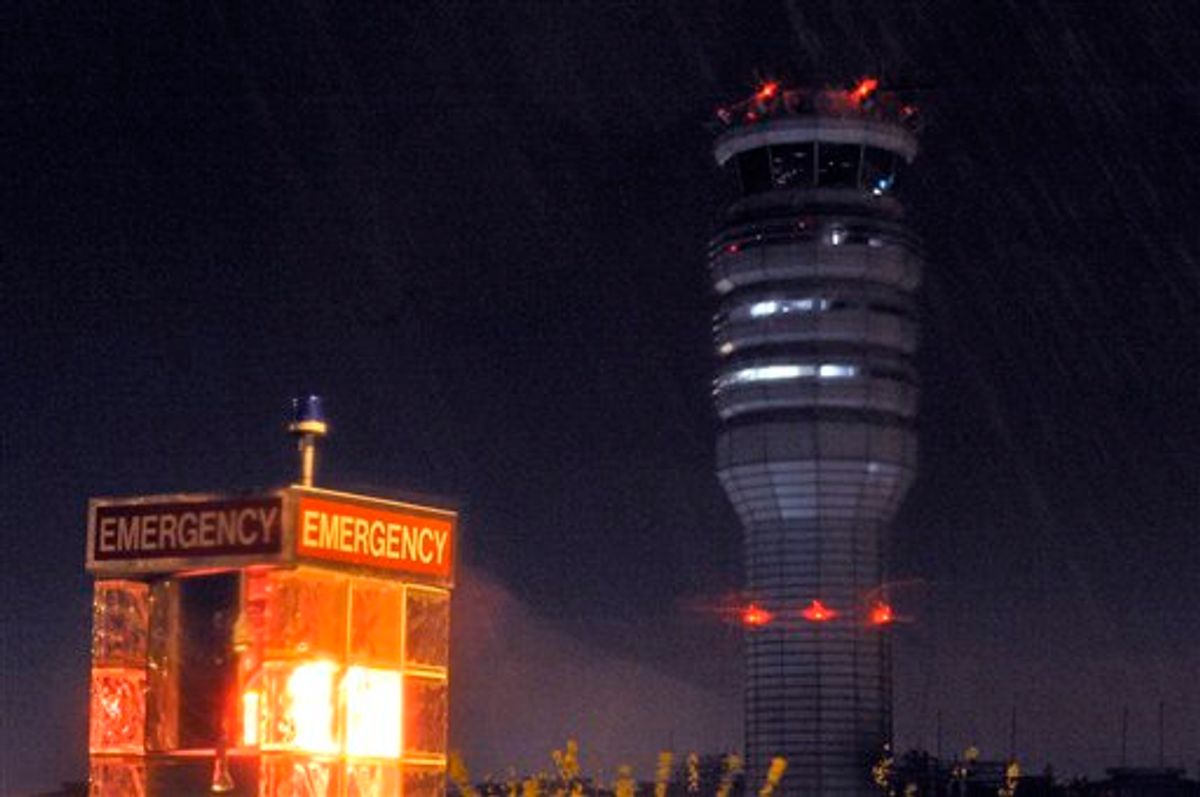 The FAA control tower at Reagan National Airport is seen during a storm, in Arlington, Va., Wednesday, March 23, 2011. Federal safety officials are investigating a report that two planes landed at the airport without control tower clearance because the air traffic controller was asleep. (AP Photo/Cliff Owen) (AP)
--

The nation's top aviation official says he's suspended a control tower supervisor while investigating why no controller was available to aid two planes that landed at Washington's Reagan airport earlier this week.

Federal Aviation Administration Administrator Randy Babbitt said Thursday in a statement that the controller has been suspended from his operational duties. He said he was "personally outraged" that the supervisor -- the lone controller on duty in the airport tower at the time -- failed to meet his duties.

An aviation official who spoke on condition of anonymity because an investigation is underway said the supervisor fell asleep.