My dad is gone, but I can't let go of his things

After my father died from a pill overdose, everyday items like his old shoes became heavy with meaning 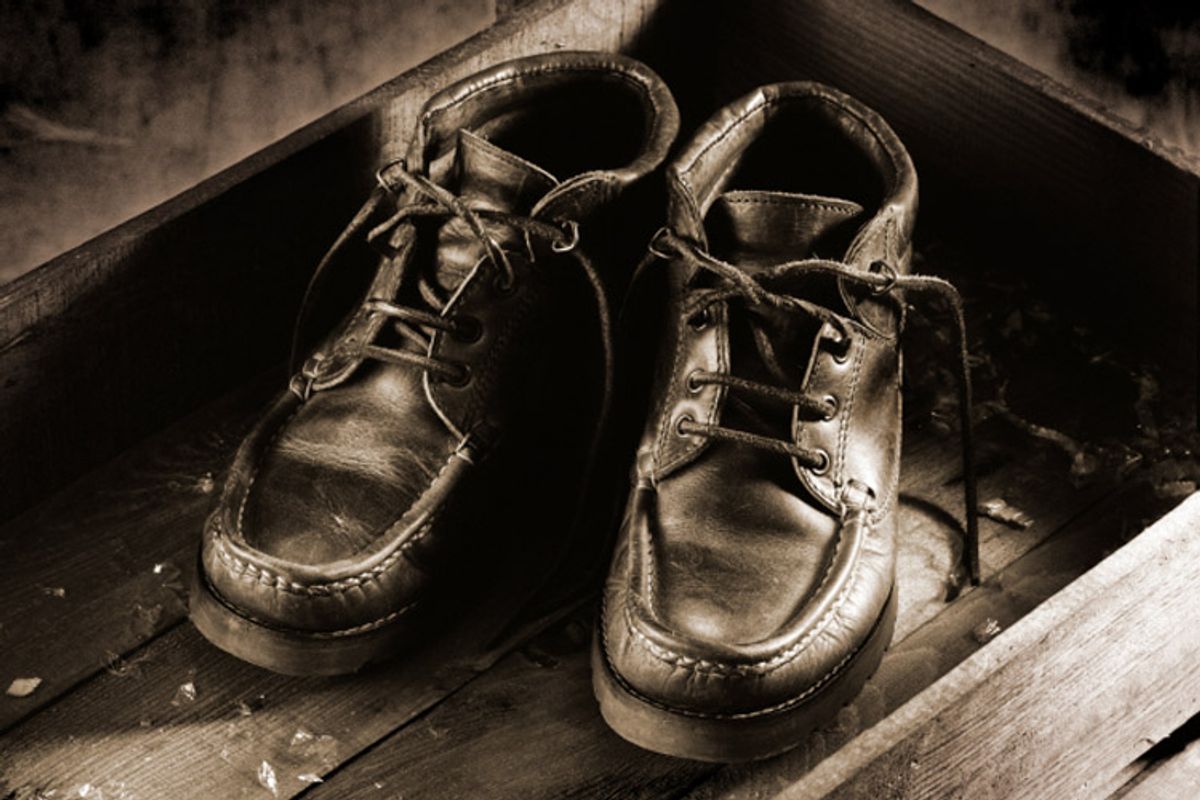 The night before my 33rd birthday, we found my father cold and dead in a room rented to him by the Veterans Administration.

My brother, sister and I quickly went through the things he left in the room, hasty to do so before our own feelings kicked in. We made quick work of throwing out garbage and paperwork he no longer needed, depositing his clothes in the bins outside of the Salvation Army. I kept only a small bottle of his cologne, which let me break down for the first and only time in that room, and has remained tightly shut ever since.

My garage holds the rest of his stuff. Photo albums, his answering machine, suitcases full of clothes and shoes that we had tossed so easily from his room. It's all of the things that he stored at his friend's house, the place he'd planned for his next step. After he died, his friend Peter called after a polite amount of time, asking me to unload Dad's things. I filled my minivan, and then my garage. A card floated from a box, unwritten on. It was a Christmas card from a father to a daughter, either for my sister or myself. I kept it.

When the V.A. called for donations, I knew they would be the perfect recipients for these things. They were the ones who took my dad in when we wouldn't, when he told his government-appointed shrink that he thought long, hard and often about using the gun he had hidden in his apartment on himself.

They locked him up, took away his cigarettes and his clothes, and made him earn privileges like phone calls and visitors. They forced him to go to group therapy and talk about his "feelings" (his quotes, not mine). He rolled his eyes and went through the motions, until they let him out and found a room for him to rent with other war vets. The room where he overdosed on pills.

But when the V.A. truck pulled up to my driveway at the appointed time, looking for the boxes of goods I'd promised, I knew I couldn't do it.  Not yet. Maybe not ever.

I walked into my house and got the baby items that my children had outgrown. I put them in the truck and realized that I was ready to say goodbye to my babies as they developed into full-fledged kids.

But not my dad.