Can it get any worse? A new bill would ban food stamp eligibility to families of striking workers 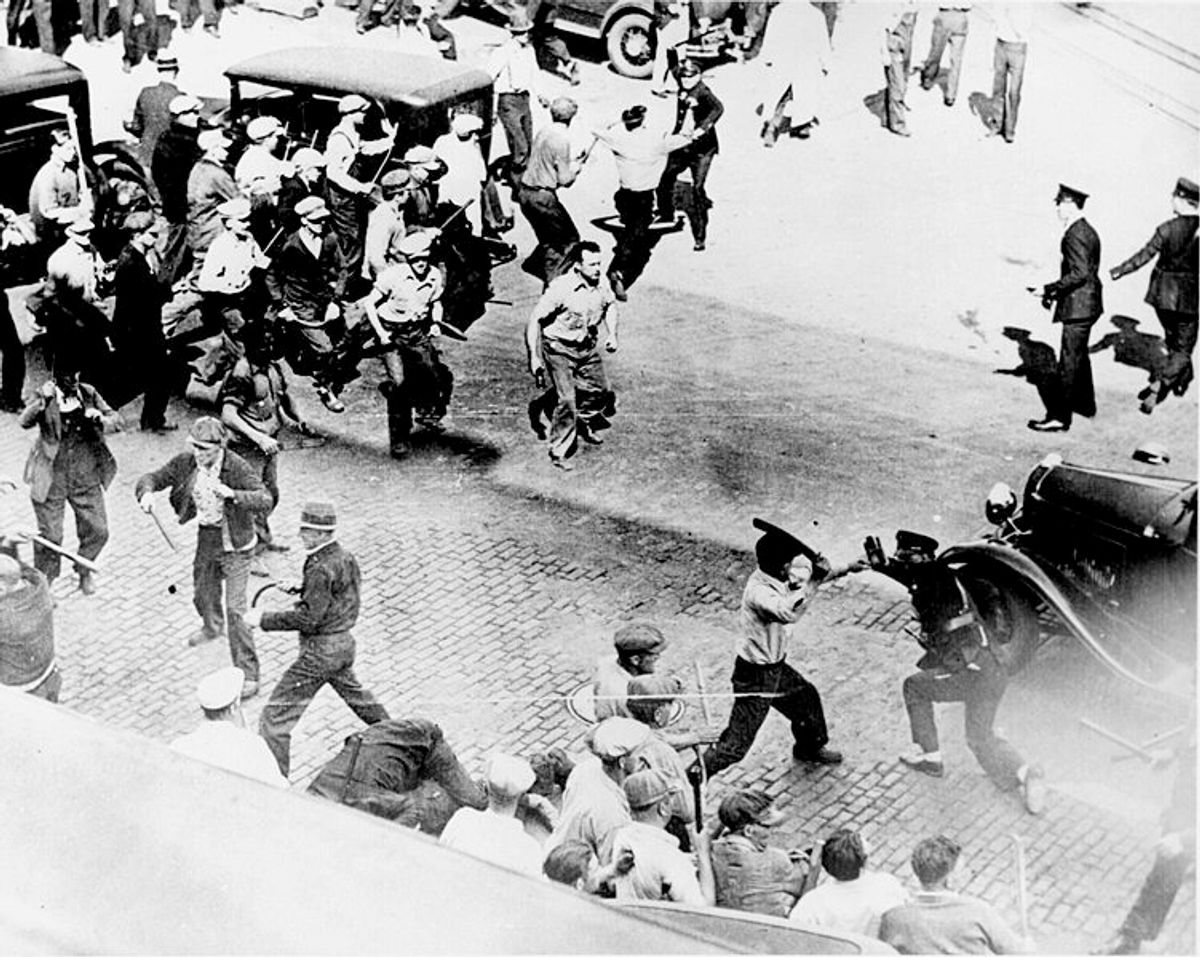 Striking teamsters armed with pipes clash with police in the streets of Minneapolis, June 1934.
--

At what point does outright class warfare start to backfire for the Republican Party? The latest news out of Washington, courtesy of Zaid Jilani at ThinkProgress, is simply stunning in its audacious cruelty: a provision in a bill introduced by five House Republicans that would deny food stamps to any family in which a member of that family is on strike.

(3) STRIKING WORKERS INELIGIBLE- Notwithstanding any other provision of law, no member of a family unit shall participate in the food stamp program at any time that any able-bodied work eligible adult member of such household is on strike as defined in the Labor Management Relations Act, 1947 (29 U.S.C. 142(2)), because of a labor dispute (other than a lockout) as defined in section 2(9) of the National Labor Relations Act (29 U.S.C. 152(9)):

House Republicans already slapped the swelling numbers of Americans who are poor and hungry in the face by suggesting earlier this week that cutting funds for the food stamp program is a higher priority than cutting subsidies for farmers. And in Maine, the new Republican governor made news on Wednesday by ordering the removal of a mural celebrating important moments in Maine's labor history from the Department of Labor. And, of course, the dual push against collective bargaining rights for public sector employees and for "right-to-work" laws has been well publicized.

But denying eligibility to the food stamp program because an American citizen went on strike? If the Republican goal is the outright radicalization of millions of Americans they're certainly going about it the right way.

UPDATE: I goofed. The clause in question dates all the way back to 1981!

How The World Works The Labor Movement The Republican Takeover