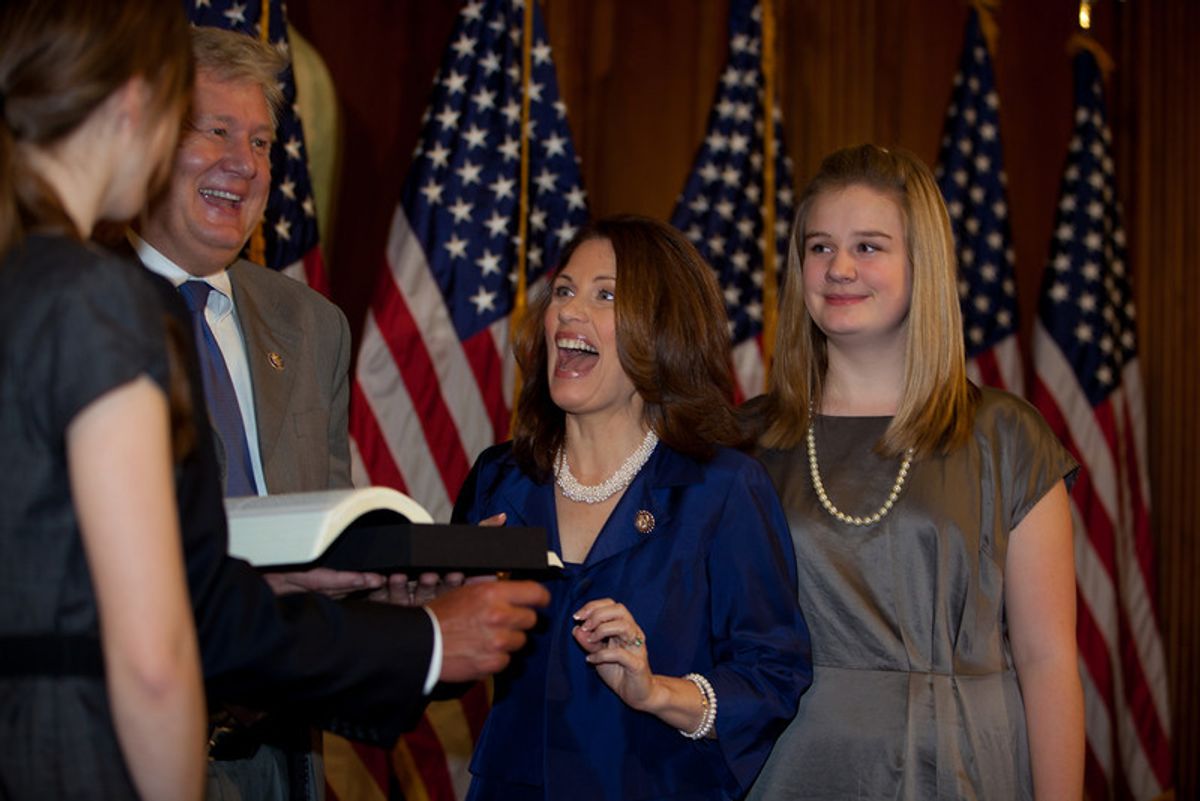 What a treat. Michele Bachmann, Minnesota congresswoman and Mirror Universe America's next president, has an amazing 28-year-old son named Lucas who apparently emulates the late William F. Buckley. And he is one of her "closest advisers."

The Daily Beast has the details, from a Star Tribune article about the Bachmann clan: "Lucas lists WFB—along with India—as one of his two interests on his Facebook page."

Lucas wrote a tribute to Buckley, upon the National Review founder's death, that he sent to a local paper:

“[M]ovement intellects such as Buckley are indelible,” Lucas Bachmann wrote. "Like the majority of conservatives, I watched and marveled at his eloquent didacticism drawn from a prolix lexicon that can only be described as Buckleyesque."

Haha "prolix lexicon." That is indeed "Buckleyesque," a term that generally means "writing like an asshole."

Lucas Bachmann is what happens when a professional right-wing culture warrior home-schools her children. If you view public schooling as liberal indoctrination you educate your children through conservative indoctrination. The Bachmann children -- five biological and 23 foster, for which the Minnesota government generously gives her a huge cash handout -- are all schooled in-house, though they are apparently allowed to go to college. As kids they probably all read Murray Rothbard instead of Beverly Cleary.

This Lucas Bachmann revelation is supposed to be surprising, because his mother "hates" those "Washington elites" so much, and because Buckley himself would've immediately pegged her as a dimwit nutter, but the conservative elites need their useful idiots, and a clownish anti-intellectual can quite easily produce a clownish pseudo-intellectual.