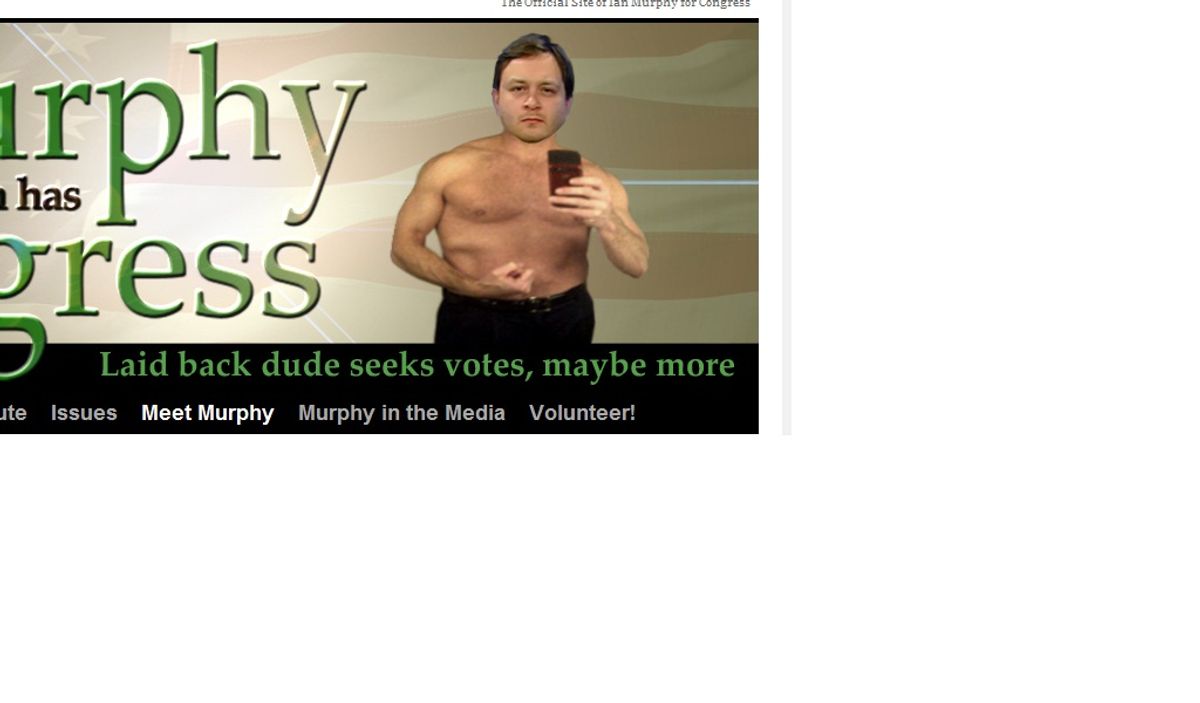 You may remember Ian Murphy as the journalist who called Wisconsin Gov. Scott Walker posing as right-wing mega-donor David Koch.

It turns out that Murphy, who is editor of the Buffalo Beast, lives in the New York district formerly represented by Chris Lee, the Republican who recently resigned after it emerged he was posing as a lobbyist and cruising Craigslist for mistresses.

Murphy is now running as a Green in the special election scheduled for May 24. In an homage to Lee, Murphy's campaign slogan is "Laid back dude seeks votes, maybe more."

I am pro-Craigslist transsexuals. Unlike your last Congressman, however, I am not a terrible hypocrite. And unlike my Republican opponent, I am not a discriminating jerk.

The narrative is bound to be that I’m not qualified to serve in Congress. Bullshit. I’m a blue-collar guy from Buffalo. I have commonsense and authenticity on my side. I’m a real guy who won’t sell you out for a quick buck. And I’ll fight like a cornered wolverine to make the voice of the people heard.

And here's his official announcement video, which draws inspiration from both Sarah Palin and Mike Gravel: