The box I can't bring myself to open

At my mother's funeral, I learned she left it for me. Since then, all I can do is imagine what's inside 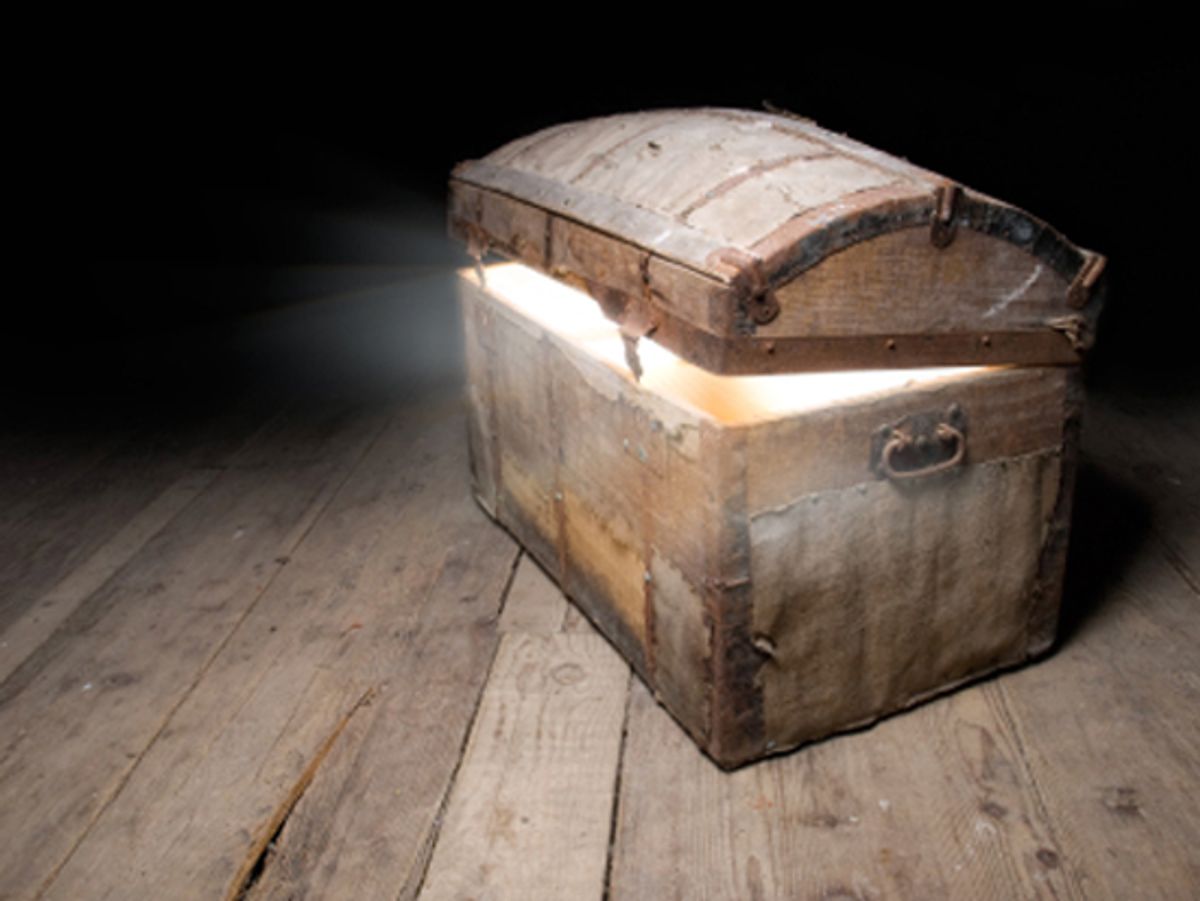 Old wooden treasure chest with strong glow from inside.
--

There is a box in the northwest corner of the garage. I have never opened it. It is large enough for me to sleep in if life should ever come to that. But that is not the reason it remains there, sealed with duct tape. Cats have been on it. They jump from it to the window ledge and paw against the pane to let me know I once again trapped them. Mice have run across it. I see turds and tracks in the dust. Maybe they found a weak spot along an edge and made nests inside. Maybe their tiny gnawing teeth tore up what is inside so if I ever have the guts to open it, there will be nothing left recognizable. I hope so.

My mother's possessions are inside the box. Not all of her possessions. She wasn't poor. It is what she saved for me. My father told me about this after her funeral. I pretended not to hear. And he said nothing more about it. He may have been afraid too. He was the one who read me stories. Pandora's Box was my favorite. I always listened for a new ending. I wanted her to leave the box alone and save us all.

I found it in the basement after my father died five years ago. It had my name written in marker and I knew this handwriting. She wrote my name on the small chalkboard in the kitchen almost every day. It was to remind her to tell my father all the horrible things I did as soon as he stepped in the door.

I put extra duct tape on the box and transferred it to my garage. I use it for self-assessment of my current level of sanity.

On a good day I believe she left me her red silk gown. She found me trying it on in her bedroom one summer afternoon.  And I believe my baby doll is there. All in one piece. And tucked inside a wood cedar box will be my stories. (She must have lied when she said they were burned.) And there will be a letter for me. I created a thousand variations. It is never sweet, but it is sincere. She explains. And is remorseful. And says she loves me in a way that makes me believe it.

On a bad day I think the box holds remnants of the slashed silk gown, and the missing doll head and a box of ashes (because Mom was not a liar, just crazy). And there is no letter.

But on my worst day I am terrified. If the box is opened more twisted, perverted, spiteful wickedness will be released. The world has had enough of that. So have I.

Every spring cleaning I think about getting rid of the box. But I don't know how to do it without destroying my world.