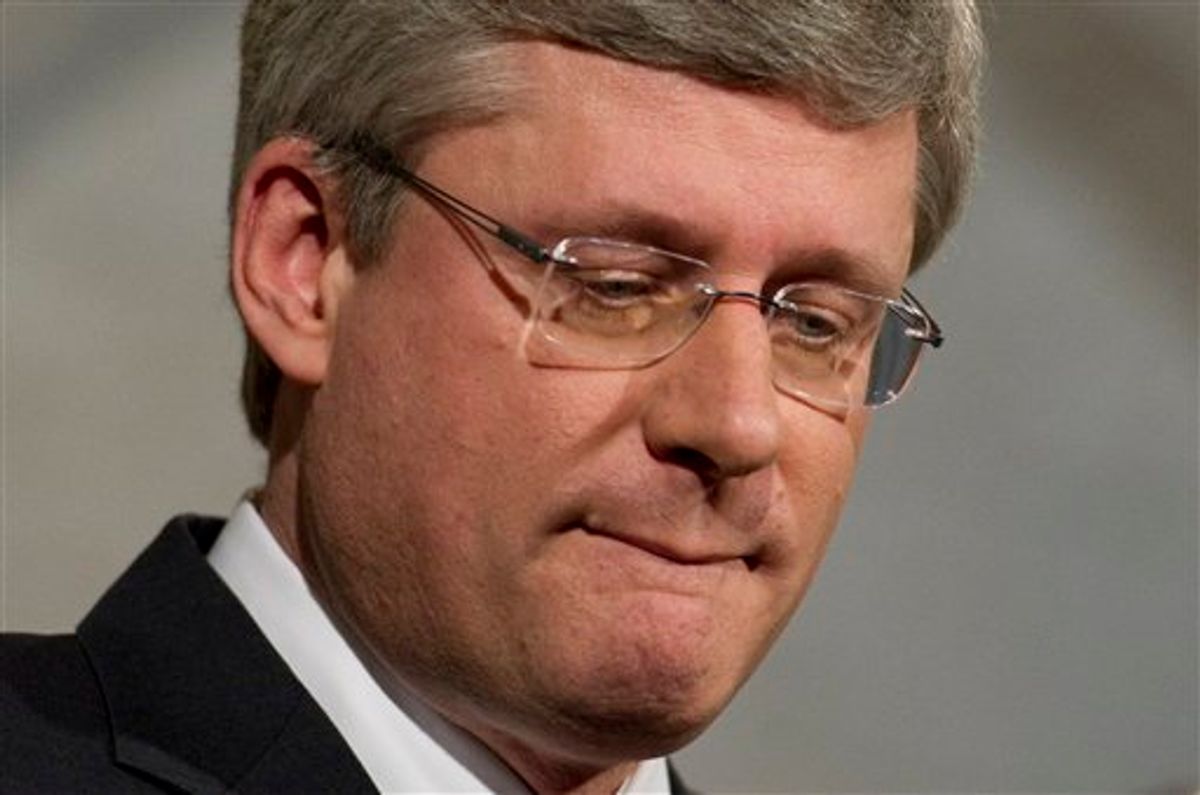 Prime Minister Stephen Harper speaks with the media outside the House of Commons on Parliament Hill in Ottawa, Canada on Wednesday March 23, 2011. Canada's three opposition parties said Wednesday they planned to topple the conservative government in a vote of no confidence in Parliament this week and trigger the country's fourth election in seven years. Prime Minister Stephen Harper needs the support of at least one opposition party to stay in power, but all three rejected Harper's proposed budget after it was announced Tuesday. (AP Photo/The Canadian Press, Sean Kilpatrick) (AP)
--

The opposition parties held the Conservative government in contempt of Parliament on Friday for failing to disclose the full financial details of his tougher crime legislation, corporate tax cuts and plans to purchase stealth fighter jets.

Opinion polls project Harper's Conservative Party to win re-election but not a majority, meaning he likely will to continue to govern with a minority in Parliament, dependent on opposition votes to stay afloat.

But in the latest twist, there is a chance the left-of-center parties might join forces in a coalition.