U.S. military to hand off control of operations to NATO after eight days of intervention 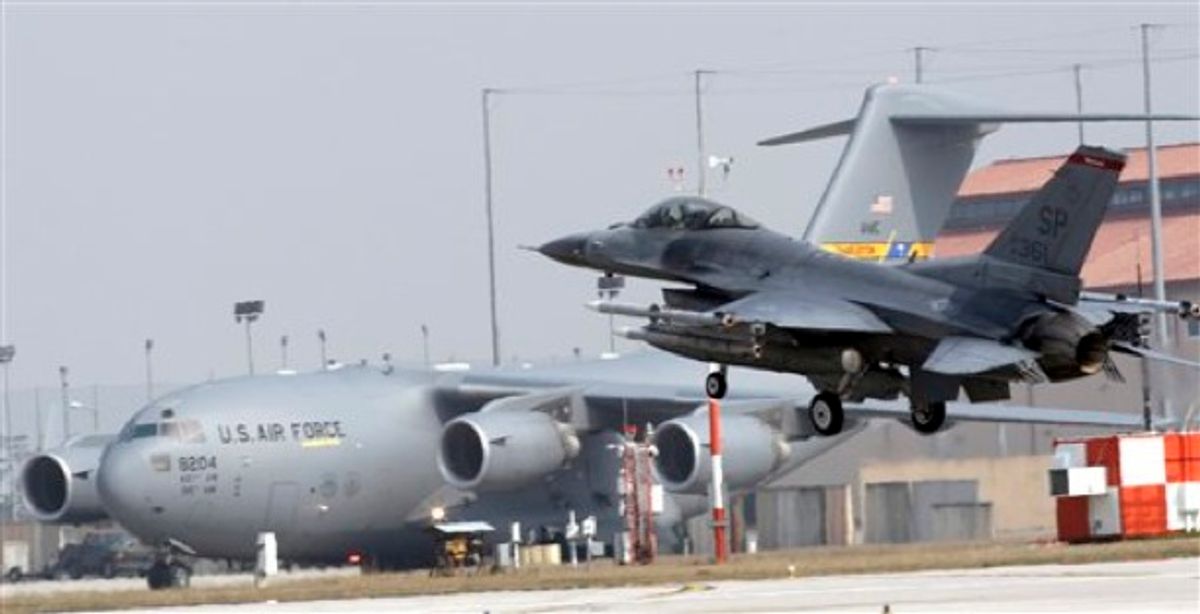 NATO will assume command of all aerial operations -- including ground attacks -- in Libya from the U.S.-led force that has been conducting air strikes against Mormmar Gadhafi's forces.

Ambassadors on Sunday approved a plan to expand the previously agreed mission to enforce the U.N. arms embargo and no-fly zone by agreeing to protect civilians from attack by Gadhafi's ground forces, a diplomat said

After eight days of strikes on Libyan targets, Washington is eager to quickly hand off responsibility for air strikes to the alliance.

The diplomat who asked not to be identified because he was not authorized to speak to the media, said the transfer of authority from the U.S.-led force may take a several days.

Washington has been eager to hand off responsibility for air strikes to the alliance, whose military staff have already drawn up the necessary operational plans. An official who on condition of anonymity because the details were not public said the council may issue an order to execute those plans late Sunday or during a follow-on meeting on Monday.

The air strikes are intended to protect civilians from Gadhafi's forces. However, they have also tipped the balance away from his regular military to the lightly armed rebels, although the two sides remain at stalemate in key cities.

The U.N. authorized the operation to protect Libyan civilians after Gadhafi launched attacks against anti-government protesters who demanded that he step down after 42 years in power

NATO expects to start enforcing the U.N.-authorized no-fly zone on Sunday or Monday, as well as coordinating naval patrols in the Mediterranean to enforce a U.N. arms embargo against Gadhafi's forces.

NATO has significant experience in such operations. Its warplanes successfully enforced a no-fly zone over Bosnia in the early 1990s and bombed Serbian forces in Kosovo in 1999 in an effort to end crackdowns on ethnic Albanian civilians.

Naples is one of NATO's two operational headquarters. The other, Brunssum in the Netherlands, is responsible for the war in Afghanistan.