Welcome to the "Mildred Pierce" club

What did you think of the first installment? Brilliant? Awful? Read the recap, then join the discussion 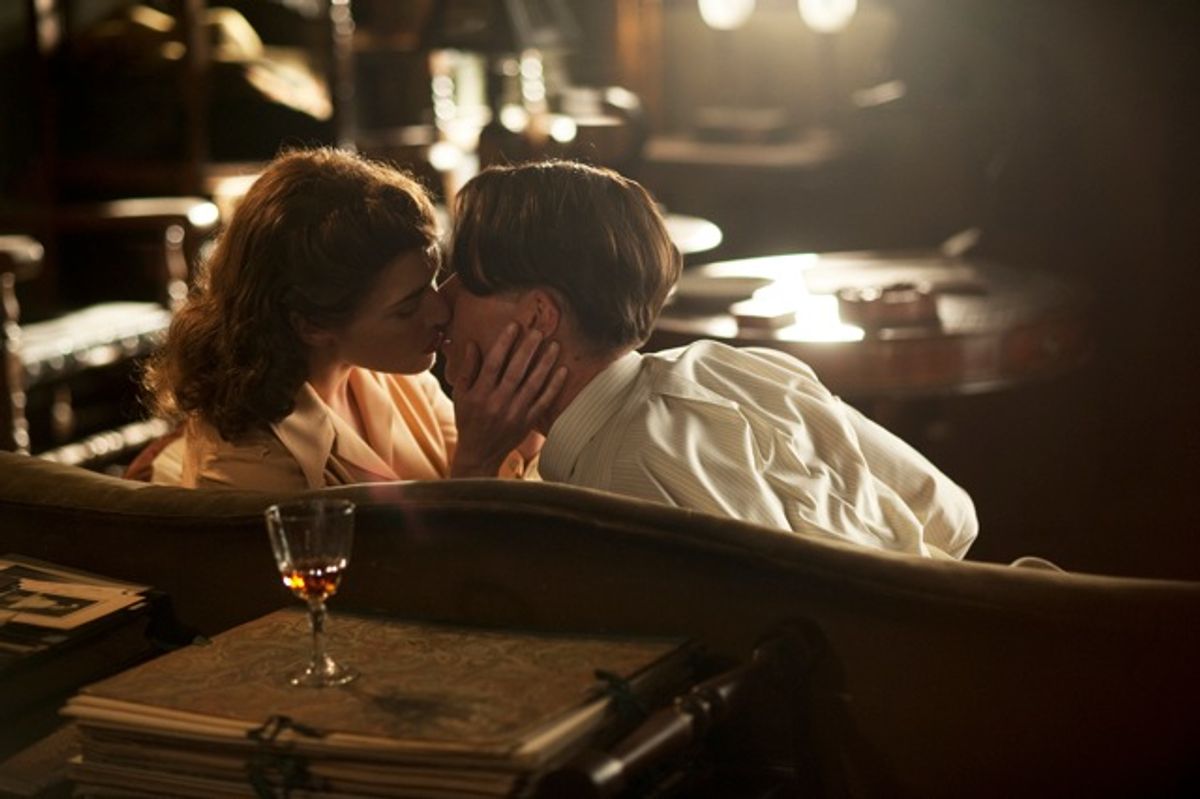 Hear ye, hear ye: The first meeting of The "Mildred Pierce" club is in session.

Although I'll offer general observations about filmmaker Todd Haynes' version of James M. Cain's book, which debuted last night on HBO, this isn't going to be a scene-for-scene recap. I want to get a discussion going. I want to know what you thought of the first two chapters, and I hope to hear from as wide a range of viewers as possible: people who've seen everything filmmaker Todd Haynes ever directed, and those who have never heard of him until recently; people who've read the source novel and/or seen the 1945 Joan Crawford film and those who are new to the material.  (My own series overview is here.)

1. Do not discuss plot events beyond the end of Episode 2, which aired last night.  I want this forum to be enjoyable for all viewers, not just those who know the source text backward and forward,  seen the 1945 film or already watched the whole miniseries via press screeners, pirated copies, whatever. Alluding to future events in super-vague terms that could mean anything  ("... in light of upcoming events," etc.) is permissible, and might be unavoidable in some cases, but do not go beyond that. If I see any comments that run afoul of rule No. 1, the comment will be deleted. Err on the side of caution, my lovelies.

2. It's fine to compare the miniseries to the movie or the novel as long as you don't run afoul of rule No. 1. Self-explanatory.

On to general observations:

As you might know, "Mildred Pierce" has received mixed reviews. There seems to be a consensus on the part of many of my TV critic colleagues that it's too long, too slow, or too enamored with production design, atmosphere and period detail, and that there's no good reason for the thing to be five hours long. "I found it a slog to get through," said my former Star-Ledger colleague Alan Sepinwall. "There’s a very slow pacing to 'Mildred Pierce' but not one that should come as a surprise to fans of HBO, which lets its creative people tell full stories," wrote Tim Goodman of the Hollywood Reporter. "And yet, you begin to wonder when events will accelerate or explanations will be given."

This is one of those "your mileage may vary" observations. I thought the pace in the first couple of episodes was just right (and continues that way in Episodes 3-5).

More than that, one of the things I like the most about "Mildred Pierce" is how fully it embraces TV's capacity to linger on an image, moment or conversation -- and by lingering, give you a sense of the shape of an event, the little eddies and currents within an interaction. The approach is midway between that of a novel, which can adopt a totally elastic atittude toward time without alienating readers, and standard-length feature films or scripted TV drama episodes, which tend to sprint rather than amble.

I can think of several examples of "Mildred Pierce" ambling to good advantage. One is the opening credits sequence that cuts between Mildred (Kate Winslet) baking a pie and her soon-to-be-ex-husband Bert (Brian O'Byrne) working in the yard, then coming inside to get ready to go out and visit his mistress. There's nothing in this sequence that couldn't have been conveyed in a few shots. Indeed, the whole argument between Mildred and Bert that ends with Mildred pushing him out could have been handled in a couple of minutes, tops. And yet we don't see Bert exiting the house with suitcase in hand until the seven-minute mark, after a striking yet leisurely cutaway from their argument to a series of shots of photographs and mementos of their marriage.  I think this makes the scene more compelling, vivid and sad. And I love that Bert's departure from the house is played in a wide shot, as if we're nosy neighbors watching it happen from across the street.

I also liked the scene late in Episode 1 where Mildred goes to visit her friend Lucy (Melissa Leo, seemingly channeling Thelma Ritter) and break news that she's taken a job as a waitress. Notice the gradual, even agonizing buildup to Mildred's disclosure and Lucy's response, with Mildred practically having to squeeze the information out of herself. I think it's a great approach because it makes Lucy's reaction -- acceptance and encouragement -- all the more surprising and reassuring, and Mildred's discomfort (and finally nausea -- rushing into the bathroom and throwing up) more jarring, in a good way.

The first sex scene between Mildred and Monty (Guy Pearce, who could not be more perfectly cast) has a similar depth and expansiveness. It's practically a little short movie in itself, with Mildred's mood shifting from excited but apprehensive to ecstatic (in every sense) as she gives herself over to the event. At some point you start to see a flush appear in Mildred's cheeks and on the end of her nose; that never happens in the standard Hollywood gasping faces/hands-clutching-bedsheets sex scene.

TV has permission to do this -- settle into a scene the way you might settle into a warm bath, and linger. And yet it rarely avails itself of this privilege. On most scripted TV dramas, as in most movies, the mentality is more often "Just get on with it!" All climax, no foreplay, as it were.

This deliberate approach to storytelling also lets a tale accumulate an almost subliminal head of steam, so that when a huge event finally happens -- such as the death of Mildred's youngest daughter near the end of Episode 2, which sparks enormous guilt and self-flagellation on Mildred's part and "I knew she was a bad mother!" scorn by some of her relatives -- the impact is (or seemed to me, at least) more shattering.

I thought the aftermath of the death -- Mildred literally getting as close to her remaining daughter as she could, by crawling into her bed and embracing her -- captured the weird psychic twilight of sudden traumatic loss better than almost any similar scene I can recall. The slow ramping-up is what made it possible. You know what I mean: That sense of discombobulation and disbelief: Did that happen or did I dream it? How did I get from there to here? What day is it? What year is it?

I also liked the slow accumulation of detail in Episode 2 that takes us right into the middle of Mildred's bid to enter the restaurant business. Movies often show people embarking on grand schemes of one sort of another, including business schemes, but stint on the nuts-and-bolts particulars. Haynes and his co-screenwriter, Jon Raymond, must have sifted Cain's novel as patiently as prospecters panning for gold; many of the details of real estate acquisition and remodeling and restaurant supply and logistics come straight from the book.

Hell, I liked just about everything in these first couple of episodes -- but reasonable people may differ, so I'll stop the recap here and throw the floor open with some questions:

Over to you, dear readers.