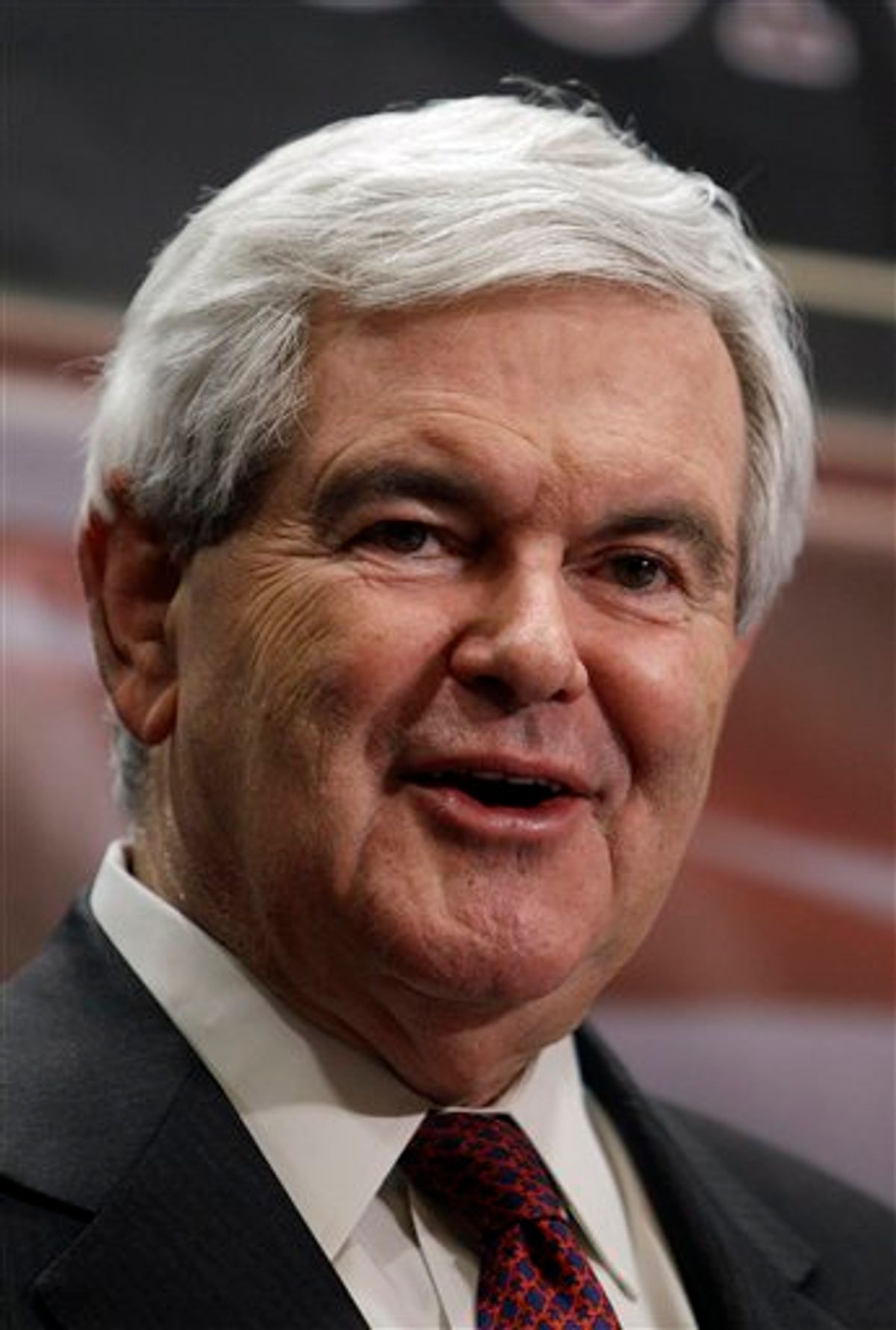 "I have two grandchildren — Maggie is 11, Robert is 9," Gingrich said at Cornerstone Church here. "I am convinced that if we do not decisively win the struggle over the nature of America, by the time they're my age they will be in a secular atheist country, potentially one dominated by radical Islamists and with no understanding of what it once meant to be an American."

Gingrich spokesman Rick Tyler tells me via email that Gingrich misspoke. "'Or' should have come before the word 'potentially,'" he writes.

Gingrich has produced documentaries about both the secular atheist threat ("Rediscovering God in America") as well as the radical Muslim threat ("America at Risk"), but usually he talks about them separately.