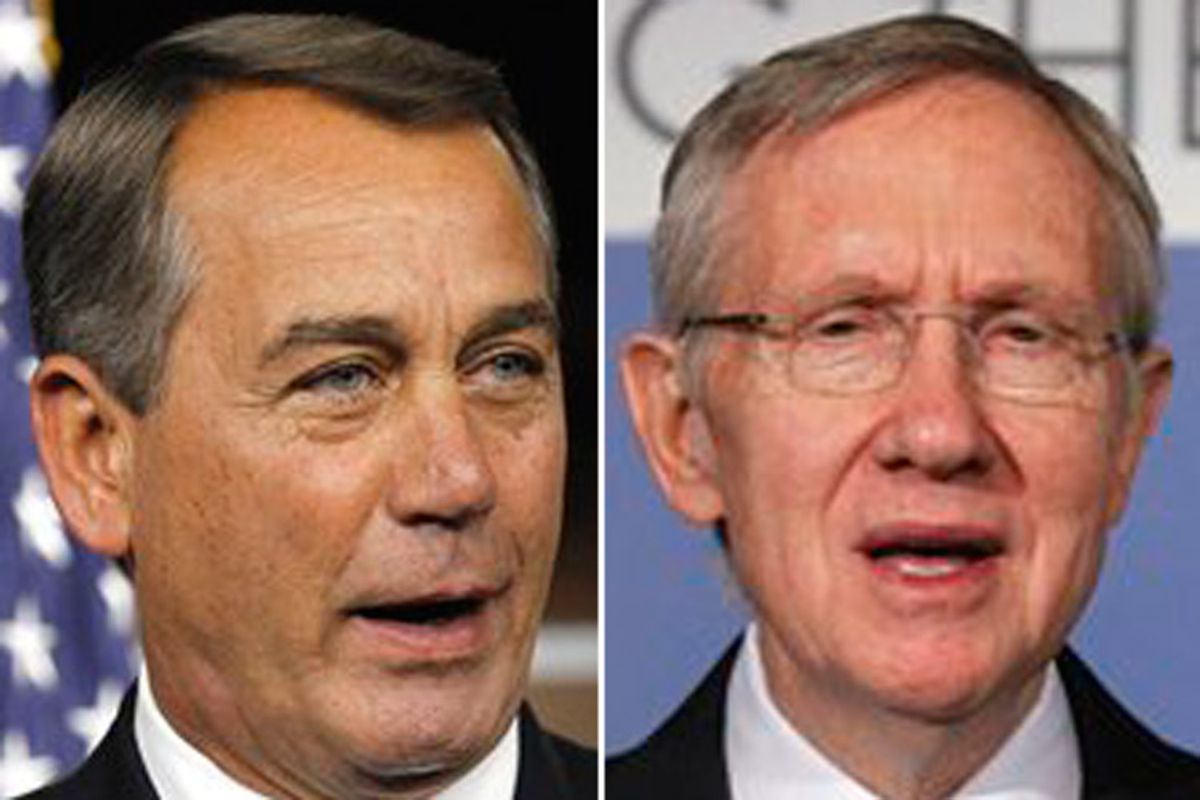 Government shutdown odds are spiking this morning, as numerous media outlets report the outbreak of a plague of partisan bickering.

The posturing is unseemly, but is also a sign that negotiations are getting serious -- there are no easy deals left. The wise thing to do would be to simply ignore the rancor, and wait for the end game. But I can't resist commenting on one broadside from the Republican camp.

Boehner spokesman Michael Steel retorted that Democrats are desperately trying to divert attention from their own divisions and continue to back "essentially" status quo spending levels.

"Discussions with Senate Democrats and the White House over a long-term funding bill are ongoing and will continue, but the facts remain the same. The House passed a bill to fund the government while cutting spending, and -- nearly 40 days later -- the Senate has not," Steel said.

Oh my goodness! House Republicans are complaining about Senate delays! Someone seems to have forgotten the lesson of the last two years, which is that, when you have a majority, passing bills in the House is easy. But moving anything through the Senate is hard, because the Senate is broken.

Forty days is but a blink of the eye. A short history lesson.

2) The Waxman-Markey climate change/energy bill passed the House on June 26, 2009. The Senate never managed to vote at all on its own energy bill.

And let's not even discuss the hoops Senate Republicans forced Democrats to jump through to get healthcare reform passed. So please spare us the whining about Senate delays. After the damage Republicans did to the legislative process in 2009-2010, they should be grateful if the Senate ever gets around to passing anything meaningful in 2011-2012.