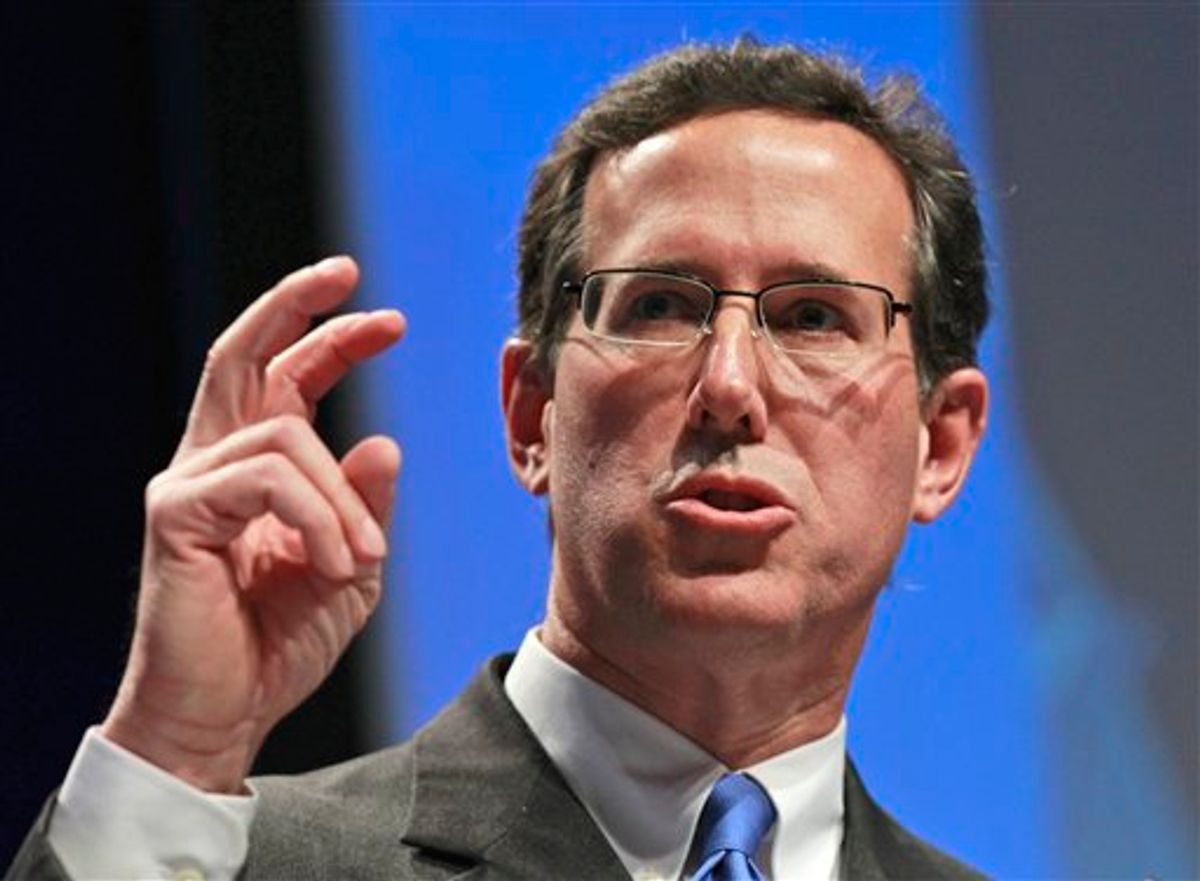 Amanda Marcotte wrote over the weekend about a new wave anti-choice legislation in the states and at the federal level.

And, yes, even in this era of the "fiscally-focused" Tea Party, it looks like abortion is going to be a significant issue in the Republican presidential primary. The latest example: On WEZS radio in New Hampshire today, a caller asked Rick Santorum what he thought about how abortion was causing problems in the social security system.

In response, the former senator (and father of seven) blamed "the abortion culture in this country" for hurting social security.

"The social security system in my opinion is a flawed design, period. But, having said that, the design would work a lot better if we had stable demographic trends. ... The reason social security is in big trouble is we don't have enough workers to support the retirees. Well, a third of all the young people in America are not in America today because of abortion, because one in three pregnancies end in abortion."

As Steve Kornacki wrote the other day, this sort of rhetoric will play quite well in the key early state of Iowa, where there is an influential social conservative base.