"The Art of Asking Your Boss for a Raise" 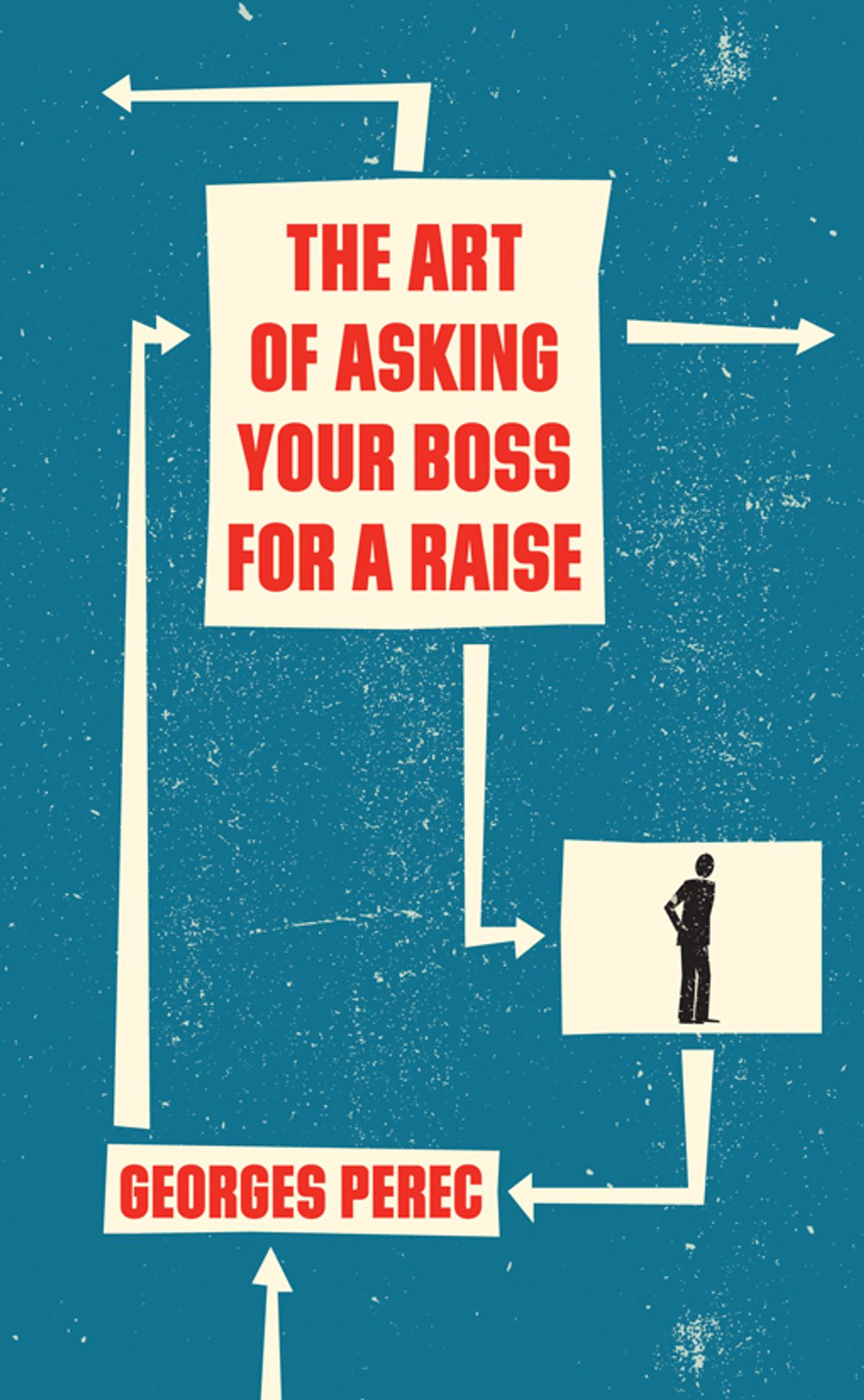 Grizzled professional writers lucky enough to labor under an institutional umbrella may blanch at the title of the new Georges Perec book, "The Art of Asking Your Boss for a Raise." One can almost hear David Brooks exclaim, "A raise, now?! In this economic climate?" while to a younger generation of pajama-clad perpetual freelancers, the words "boss" and "raise" may simply not compute. But Perec has proven that working against dishearteningly steep odds can inspire a bravura performance. After all, who would've thought that an entire novel could be written without the letter "e," as Perec famously did in his playful 1969 work of fiction "A Void" ("La Disparition")? And that it would actually be good? Such adroit hubris will serve well any Oliver Twist-like scribe audacious enough to ask his boss for more, sir.

"The Art" (the full title, smartly shortened by the publisher on the book's cover, is "The Art and Craft of Approaching Your Head of Department to Submit a Request for a Raise") came about through a happy accident of history that seems preordained -- or at least too good to be true -- in hindsight. As translator David Bellos recounts in his introduction, in the late 1960s Jacques Perriaud of Paris' Computing Service of the Humanities Research Center endeavored "to challenge a writer to use a computer's basic mode of operation as a writing device," and Perec, then an obscure author and archivist, landed the assignment. The piece and accompanying flowchart were published in a journal devoted to "programmed learning," which hardly anyone read, and "The Art" became a stage and radio play before it was eventually reworked into a chapter of Perec's masterwork, "Life: A User's Manual" ("La Vie mode d'emploi"), in 1978.

The corporate world sketched in Perec's slim volume recalls the absurd bureaucratic modernism of Jacques Tati's 1967 film "Playtime.". Bellos relies on the word circumperambulate (not found in any dictionary, but resurrected from his boyhood Latin class) in his translation. It's a signature term that perfectly captures both the essence of this book as well as Tati's placid and circular cinemascape. As Perec writes:

[W]e advise you that in order to cope with the boredom that your monotonous pacing could easily prompt you should go have a chinwag with your colleague ms wye provided of course not only that ms wye is at her desk if she is not you would not have much of a choice save to circumperambulate the various departments which taken together constitute the whole or part of the organisation of which you are an employee unless of course you were to go back to your own desk to wait for more auspicious times.

Perec's punch-card prose works its way through all the possible scenarios, including a Sisyphean scene in which the protagonist "quite pointlessly circumperambulates forty-five times in a row the various departments." Perec repeatedly deploys the phrase "it's one or tother" at each branch of the narrative, and continuously blurts "for we must do our best to keep things simple" as the story becomes hopelessly convoluted. In the preface, Bellos says the book is "close to being unreadable," because Perec eschews most punctuation (aside from the occasional dash), writes in all lowercase, and "simulate[s] the speed and tireless repetitiveness of a computer."

But while the book is certainly uneventful, it is far from unreadable -- if anything its wit and comedy encourage compulsive consumption. It's probably better suited to today's audience than to a reader perusing it when it was written four decades ago, because it dovetails with the monotone meanderings of the present moment's information surfeit. Reading "The Art" is like spending an hour or two on the Internet.

Intrepid employees bent on bettering their salaries, beware: Your boss, too, may have read this volume and learned from Perec. "The Art" is written in a single exhalation (it appears to be one 77-page-long sentence). The narration runneth over, and the prose's mechanistic cadences often sound like the desperate bluster of a blowhard intent on buying time. Recent U.S. history has taught us that the easiest way to refuse a reasonable proposition is to filibuster: simply spout data ad nauseam until your adversary tires, circumperambulates away, and waits for more auspicious times.