Why I love listening to Glenn Beck

I'm a card-carrying liberal who believes in NPR. Why am I so addicted to right-wing radio? 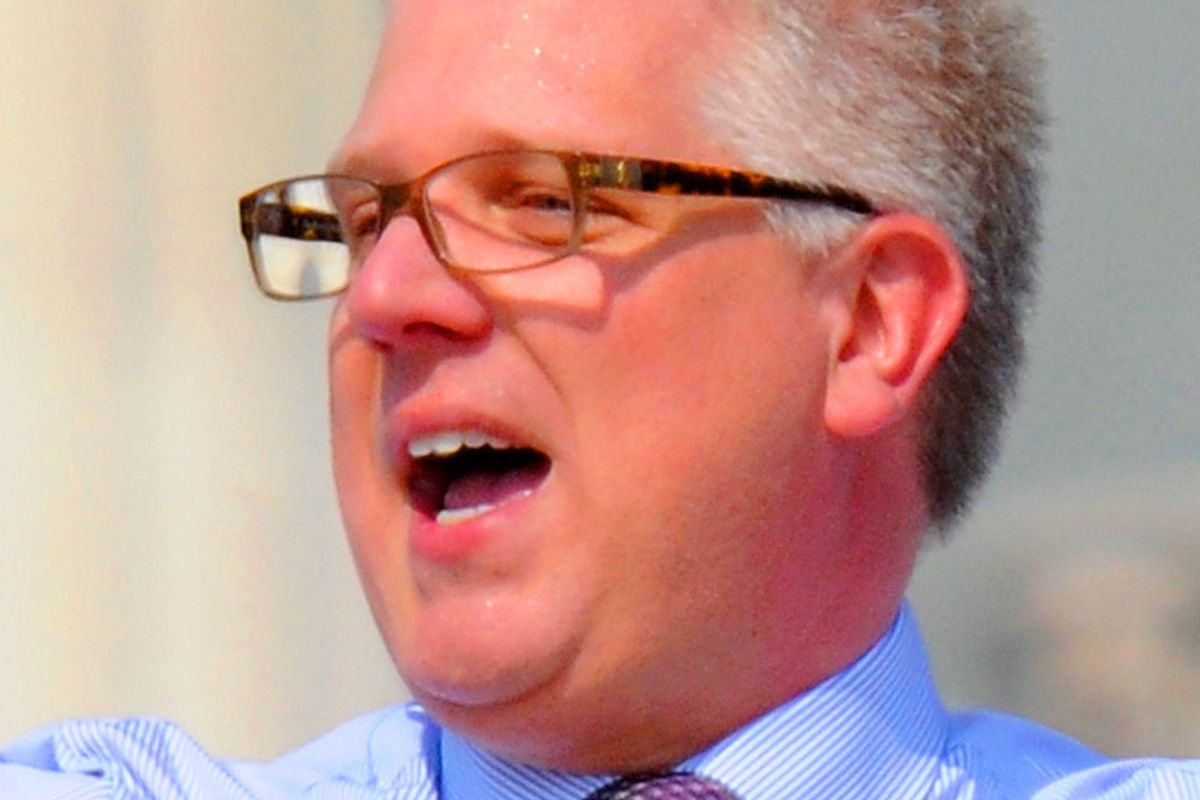 I am a sushi-eating, Prius-driving, gay-marriage-supporting Oregon liberal. My parents were union schoolteachers, and no one in my family has voted for a Republican in decades. I live in a county that votes 80 percent Democratic, and I like it that way. I have a dirty little secret, though. I like conservative talk radio.

I am 59 years old. I discovered conservative talk radio over four decades ago when I was a high school student in Las Vegas. I started listening under the covers at night with a transistor radio held to my ear. Today, a lot of college and a couple of careers later, I use two presets on my car radio. One is NPR. The other is my local right-wing talk station. When NPR starts a beg for money, I switch to the wingnuts. When the wingnuts start hawking gold coins or herbal impotence cures, I switch back to NPR. In the 40 years I have been listening, conservative talk radio hasn't changed much or gotten better, and for 40 years I have been unable to kick the habit.

Part of it has to be that I like the call-in format. Like many of my ilk, I put Click and Clack of "Car Talk" at the pinnacle of radio call-in shows. No one touches the brothers. Just below that is Ira Flatow's "Science Friday," and then maybe Neal Conan's "Talk of the Nation." But once those three are out of the way, I turn to the sea of undifferentiated conservative talk radio. I don't do Imus. I eschew Howard Stern. Neither sports talk nor religious broadcasting ever pollutes the sanctum that is my car. When NPR fails, it is conservative talk for me.

I can't figure the attraction. I am not secretly sympathetic to the message, and listening to conservative talk doesn't seem to have affected my political beliefs. I'm as left-leaning as I was under those covers in high school. I don't for a moment think call-in radio improves my mind by presenting spirited political debate; today's conservative talkers have fewer actual callers and less dissent than those of years past. I do not see anything admirable in the question-and-answer tactic that the hosts use to beat down dissenting views. Yet, when I can't listen to "Science Friday" or "Talk of the Nation," I go straight to the wingnuts.

When it comes to conservative talk, I am not a picky listener. I find the nearest right-wing talk station on the dial and listen to whomever is on. In the last few years, I have listened to Michael Savage, Dennis Prager, Hugh Hewitt, Michael Medved, Glenn Beck and our local talker here in the Northwest, Lars Larson. When, one day, my regular morning talker was replaced with Latin music -- because of a change of format at the station -- I found the next nearest conservative talk station and listened to whomever was behind the mic. I conclude that my attraction is to the form and not to a given personality.

When people ask why I listen I sometimes say that I am spying on the enemy so I will know better how to oppose them. I have also considered that I like deconstructing the arguments -- engaging in an internal political debate with the radio. Maybe I simply like seeing the never-ending parade of folly that is mankind. It could be any of those things or a combination of all of them.

I have never seen Glenn Beck's show on television, but I listen to him on the radio. (Like many people, the only place I listen to radio at all is in my car. My daily drive time is about half an hour.) When he's not going on about himself or people who have besmirched him -- which is a lot of the time -- I like Glenn Beck. His mixing of morning-zoo high jinks with conspiracy-laden apocalyptic politics tickles me. He reminds me of Jonathan Winters.

I have noticed one thing about conservative talkers. Glenn Beck and our local man, Lars Larson, have been in the radio business since they were young men. Neither is educated in anything other than broadcasting. Their lack of formal education often shows, but their entertainment skills and their ability to respond spontaneously to almost any situation make up for it. Like Oprah, the successful right-wing talkers seem to have been born for entertainment. I don't listen to radio in my car to educate myself; I listen to ease the drudgery of driving. Perhaps I don't care what's being said as long as it's on a subject I know something about, and presented in an interesting manner.

I wonder if Air America didn't fail because it depended too much on policy wonks and true believers. The right-wing talkers understand that there is a time-tested call-in format made up of on-air talent, inflammatory politics and careful call screening. The successful stations don't mess with it. They put their best talent behind the microphone, follow the format and sell special-edition gold coins like there is no tomorrow.

If I'm right about this, my addiction doesn't really have all that much to do with politics. I like politics, of course, but mostly I like hearing people talk. If I can't have the humorous humanity of Click and Clack, or the calm insight of Neal Conan, I go for people who are indignant, outraged, xenophobic and controlled by invisible forces. There is a never-ending supply of these folks on conservative talk radio, and even though their politics are not my own, I can't get over wanting to hear what they have to say.