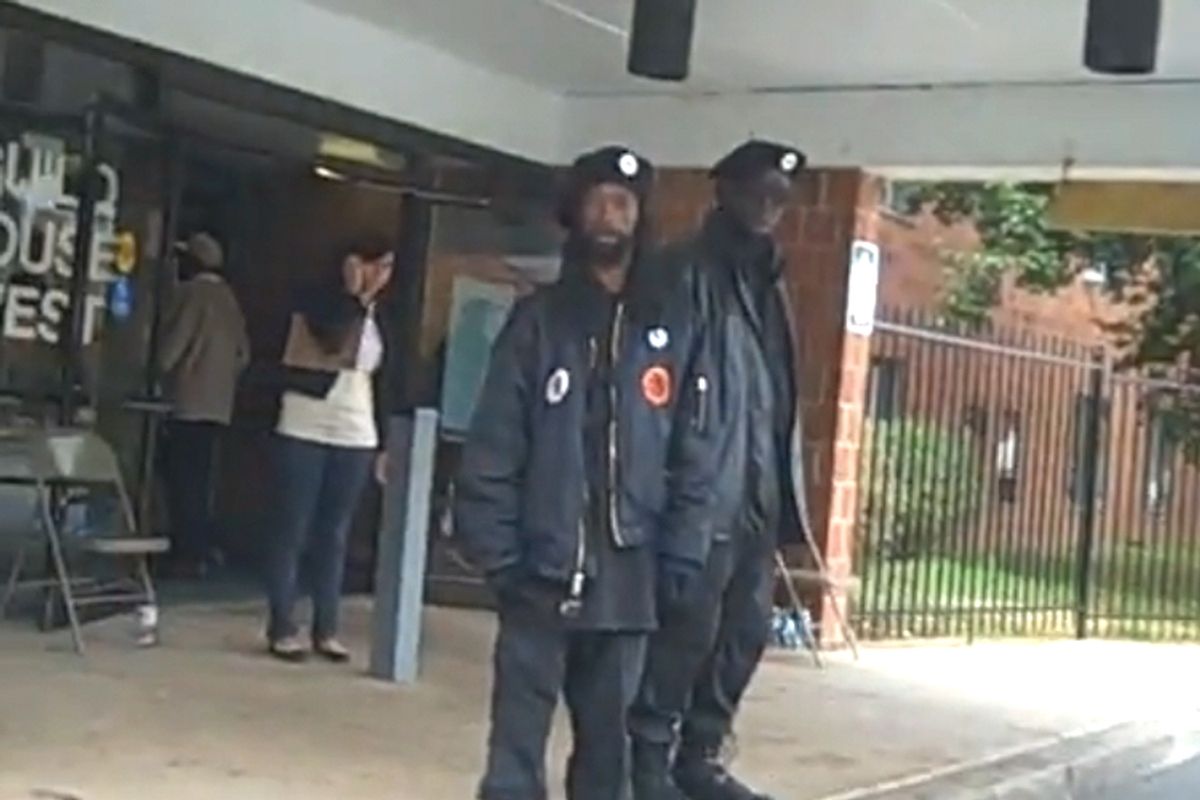 More than two years ago, some weirdos calling themselves "The New Black Panther Party," who were not affiliated with the historical Black Panthers or anyone else, stood outside a Philadelphia polling place in a primarily Black district intimidating absolutely no one.

If you follow conservative blogs at all, or watch Fox with any regularity, you know all about this. The Justice Department dropped voter intimidation charges against the NBPP "poll watchers" because Obama's politicized Justice Department refuses to pursue cases against black people, because Eric Holder and Barack Obama are racist against white people. That is basically the only explanation conservatives can think of to explain why the Civil Rights Division of the Justice Department decided to dismiss claims made against three people who were not accused of intimidation by one single voter (while also seeking an injunction against the fourth guy).

The DOJ's Office of Professional Responsibility has concluded their investigation and it turns out that everyone acted professionally and there was no bias or political meddling involved in the department's actions. Whoops!

It should come as a shock to no one that the Justice Department’s Office of Professional Responsibility has “found no evidence that the decision to dismiss the case against three of the four defendants was predicated on political considerations” or that there was “improper political interference or influence from within or outside the Department in connection with the decision in the case.”

I am sure Fox and everyone else will correct the record, right? Or not. Either one is fine.

The New Black Panthers themselves are total celebrities now, appearing on Fox all the time to confirm scared old white people's worst fears about black people, but I imagine Megyn Kelly, for one, will not return to this particular scandal -- a scandal that she has been hyping with obvious relish for some time now -- very often in the future.

In addition to being publicized due to the "throw everything at the wall and see what sticks" scandal-mongering strategy that first flourished during the Clinton years, this story was flogged for years as a sort of revenge for the fact that the very real and well-documented politicization of the Justice Department in the Bush administration received so much attention and led to embarrassing resignations. (Though everyone in America has already completely forgotten about it.) While that was "real" and this was "risible nonsense," it still seemed "fair" to Republicans that Barack Obama also get in trouble for what they got in trouble for. (Maybe they can't actually imagine an administration that doesn't purposefully behave as heinously as theirs do in all matters?)

It doesn't matter at all that the entire scandal seemed ridiculous well before this investigation concluded. The point was to score points. Points were scored. Every conservative who follows the conservative press now believes the conspiracy theory, and they will believe it forever. It is established fact in their parallel media world.