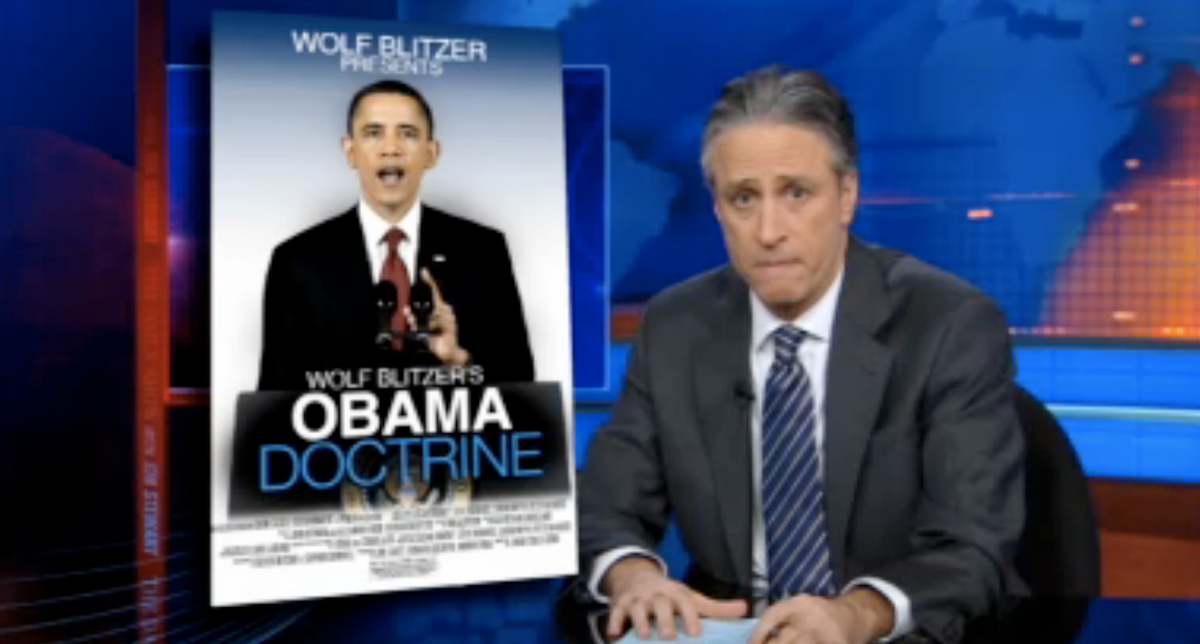 Last night, Jon Stewart addressed President Obama's Monday speech on the intervention in Libya. While the "Daily Show" host seemed frustrated by the administration's failure to clearly define the scope and end-game of the operation -- not to mention its convoluted choices of language -- he appeared even more frustrated with commentators like Wolf Blitzer, who tried to brand the speech as an exemplar of an "Obama Doctrine."

Still, Stewart at least gave the president credit for reflecting in his rhetoric the serpentine cost-benefit analysis that's always been a hallmark of U.S. foreign policy.