Next Media Animation takes on the Barefoot Contessa, Jake Gyllenhaal on the toilet, and Charlie Sheen's fire fists 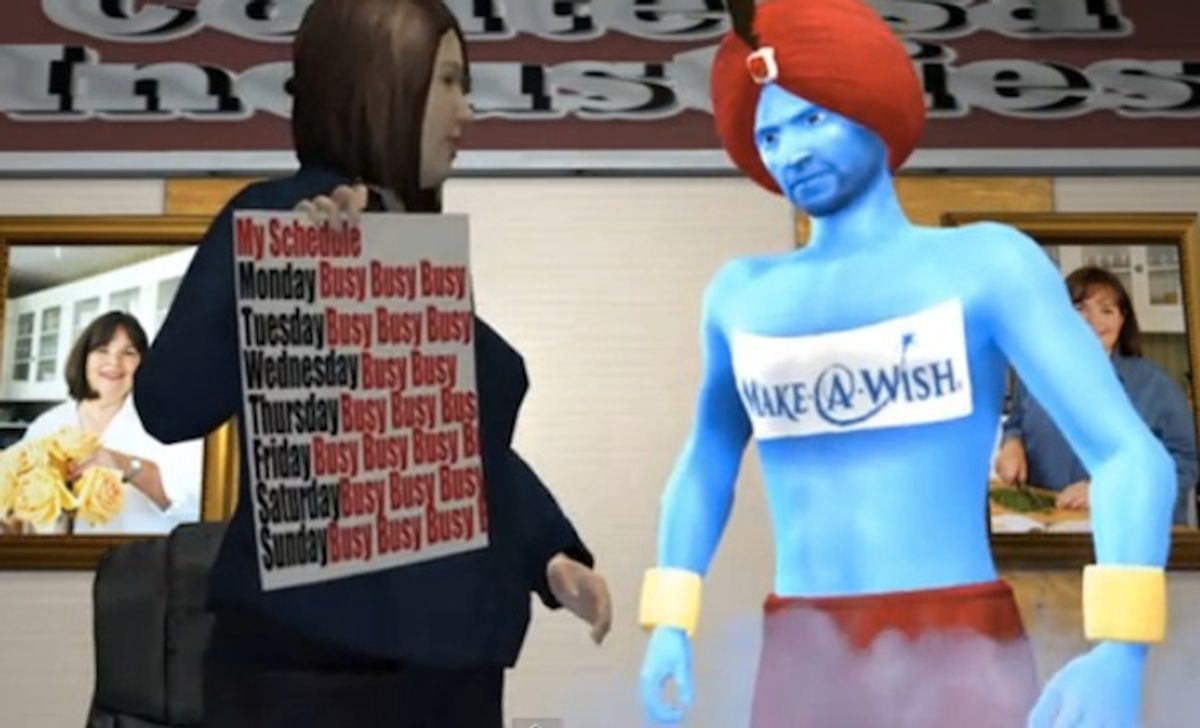 An exact reenactment of the Ina Garten incident.
--

In the past year, the term "Taiwanese cartoon" has entered the Internet's lexicon, thanks to the good people at Next Media Animation. Every day or so, NMA produces oddly dubbed CGI shorts based on our country's tabloid headlines, gaining particular notoriety for their Tiger Woods and Lindsay Lohan reenactments. Watching our own pop trash filtered back to us through the eyes of another culture can be shocking, especially when it involves Greg Gutfeld getting eaten by a giant bedbug.

The most recent of the NMA's viral videos involve the trials and TMZ-tribulations of celebrity chef Ina Garten, otherwise known as the Barefoot Contessa, who denied a dying kid (twice!) the chance to hang out with her.

Though honestly, in NMA terms this video is pretty tame. Here are five of the crazier episodes (including "'Red Eye' host vs. giant bug") of Taiwan's take on our pop stories.

Why it's great: Seriously, Gutfeld getting sucked into some kind of "Naked Lunch" reality is all I want in a YouTube video.

Why it's great: Bears! And the cameo of Hubert Mou as "Drunken College." What? Doesn't matter, just roll with it.

3. " Jake Gyllenhaal no fan of toilet cam at SXSW"

Why it's great: Title alone does it.

4. "'Two and a Half Men' Cancelled; Charlie Sheen calls for justice"

Why it's great: The literal visualization of Chuck Lorre turning into poop from Charlie's fire-breathing fists.