The toy cat that escaped Cuba

When my family fled, I could only bring one thing with me to my new life. Now, I can't let it go 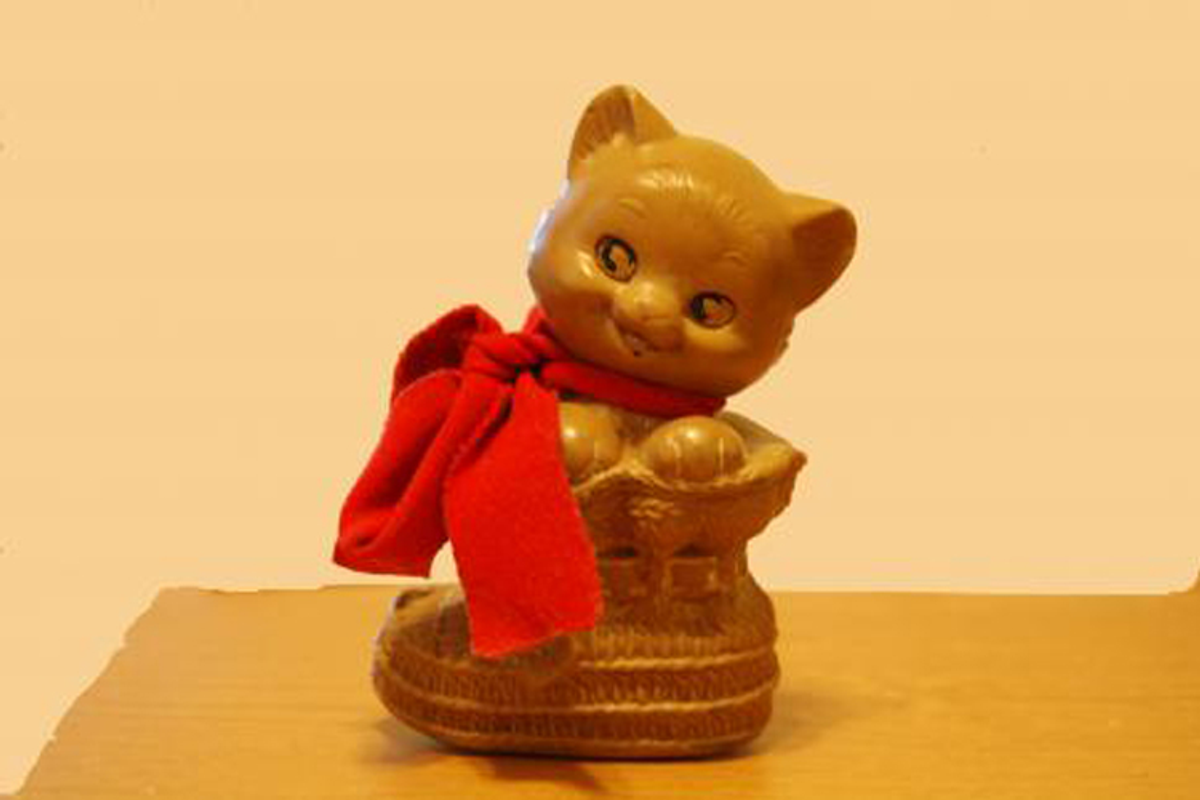 I was born in Cuba in the midst of the fall of one dictator, Fulgencio Batista, and the rise of another, Fidel Castro. My father was a sergeant in the army of the former and an enemy of the state of the latter. Through a shuffling of paperwork that was uncommonly fast for a pre-digital age military bureaucracy, my father's army discharge was expedited and he retired to take over the family business. His retirement was without benefits since regimes that overthrow other regimes have a problem honoring their enemies' pension plans. But at least my father was able to leave alive, intact and without having to spend time in one of Castro's prisons.

For some time things were OK. My father took over his father's butcher shop, and my mother took care of me and my older sister. I took to what babies did best: eat, sleep and soil my diapers. Accompanying me in my crib, I had many stuffed animals, but I took a fancy to a small rubber toy cat. When I could talk, I named him Hebertico. No one is sure why I came up with that name but it stuck.

As Castro's grip tightened over the small island nation, the situation began to change. Neighbors started to disappear. Some went to "El Norte" (the United States). They would leave by plane, or by boats or makeshift rafts. Others were sent to prison or forced labor camps for crimes against the state, and still others faced the firing squad. Most of those people were turned in by neighborhood spies.

These happenings did not affect my family at first. However, soon state rations were being imposed on everything, including food. As the sole proprietor of his business, my father didn't feel he had to comply with those rules when it came to taking food to his family. But local spies reported my dad just the same. Soon Castro's "soldiers" -- more like armed thugs, really -- started to stop by our house when my father was at work, and threaten my mother. By the time I was 4 years old, my parents decided to leave the country.

In those days, regardless of how you got out of Cuba, it was done in a clandestine manner. My mother didn't even have a chance to tell her parents we were leaving. She just visited them the day before we departed, made some plans for later on in the week, and left my grandparents' home for the last time.

It was around the time of the Cuban Missile Crisis that my parents decided to leave the country. My father's sister and her family lived in New York City and they were able to sponsor us. On the day we left, we went to the airport where we had to endure endless lines to clear an infinite number of checkpoints. The stations served as a series of humiliating searches, which Cubans leaving the country were forced to undergo. Castro's government wanted to make sure these "gusanos" (worms or caterpillars), as we were called, did not leave with government property -- that is, money, personal jewelry, personal clothing or anything of value. In short, we were only allowed to leave with the clothes on our backs. The only jewelry my mother was able to take was her wedding band. My older sister was permitted one baby doll. I was allowed to take Hebertico.

However, one of the female "inspectors" was convinced that my mother was trying to smuggle more jewelry. After a rigorous pat-down that would shame any American TSA employee, the inspector took Hebertico from my hands and shook him rigorously. Not convinced that my favorite toy was not hiding any of Cuba's "treasures," the inspector took a pocket knife and cut a gash into Hebertico's side. I watched as this "Hero of the Revolution" performed his "duty."

It was an act of spite -- Hebertico is hollow and made of rubber. Before the gash, the only hole he had was the tiny one that came from the manufacturer. It would have been hard to hide anything in him. After more waiting and harassment, we were allowed to board the plane. The flights had no assigned seats -- you just grabbed the first one you could find. I sat with my mother toward the front of the plane; my father and sister toward the back. As a final "bon voyage," it was common for some of Castro's soldiers to board the plane, walk up and down the aisle, seize an unlucky passenger, and drag him or her off the plane. As we settled into our seats, my mother grabbed my hand. I looked up at her and saw beads of sweat drip down the side of her face and her eyes bulging with fear. Three "soldiers" boarded our plane and proceeded to walk down the aisle. Then we heard a scream and the thud of a rifle's butt against flesh.

My mother squeezed my hand tighter. It hurt, but I did not cry. With my free hand, I gripped Hebertico for comfort. Moments later, the soldiers dragged a dazed man with a bloody face off the aircraft. A woman from the back of the plane screamed profanities at them. They yelled back that if she didn't shut up that they would take her too. Her children cried for her to sit down; she did. The door to the plane closed, the engines started and we took off. My mother released her grip on my hand as tears streamed down her face. I clutched Hebertico.

After a brief stop in Miami, the Freedom Tower or "El Refugio" as we called it, we arrived in New York to start a new life in a strange land.

Eventually, my father found gainful employment and we were able to lead a stable working-class life. He never tried to start a business in New York; he just resigned himself to working in a meat-packing warehouse.

You might wonder how a rubber toy could be a hero. Hebertico was my hero because he was the only constant in my life during those early years. Growing up in a strange land, he was a faithful compass when my world was caught up in a tornado. He was and remains a link to my past.

Many spring cleanings have come and gone and I have parted with many things. Hebertico is the one possession I can never part with. I plan to give him to my daughter, so she can pass him on to her children.