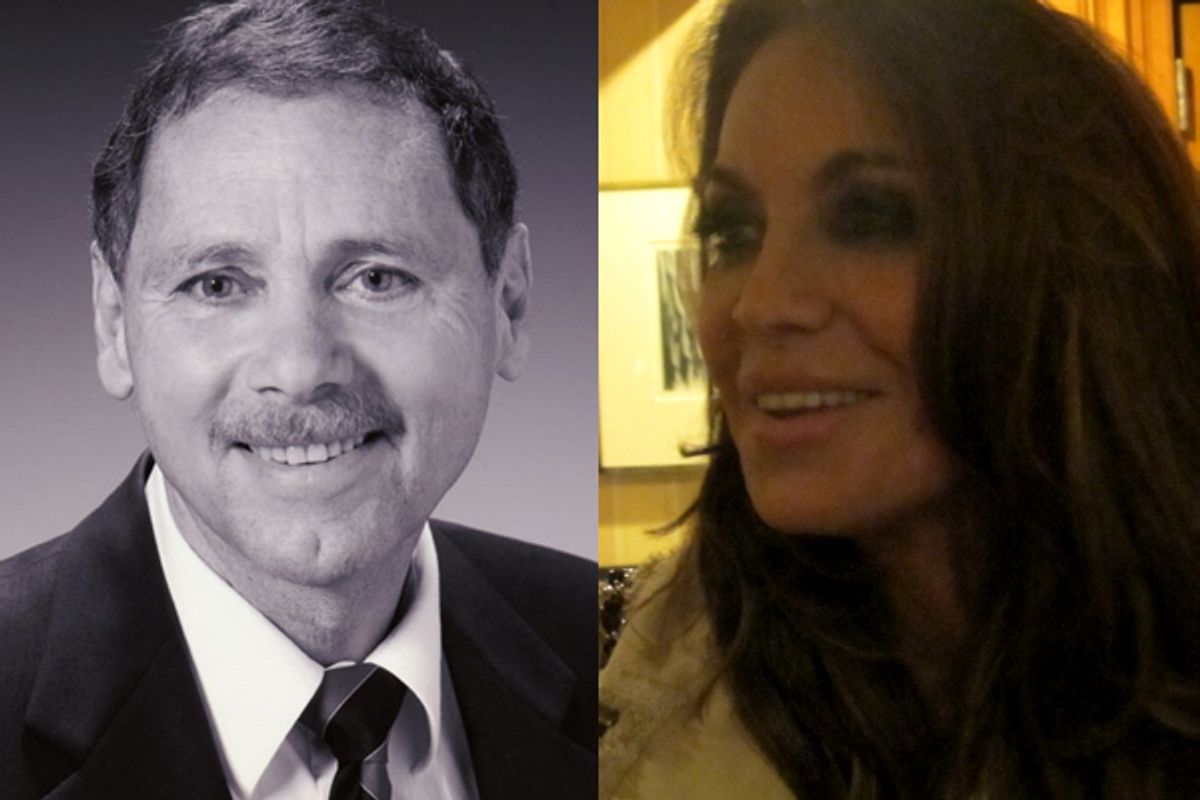 When an Alabama Republican legislator introduced a bill to ban Shariah law and subsequently couldn't define Shariah law, I thought we had seen the single most ignorant and problematic of the anti-Shariah efforts.

But now the Alaska GOP is giving Alabama a run for its money. In becoming the latest state legislator to seek to ban Islamic law, Alaska Republican Rep. Carl Gatto called a fringe anti-Muslim blogger to testify as an expert witness in the House Judiciary Committee.

That would be Pamela Geller. The New York-based blogger delivered a statement by phone and then took questions from Alaska legislators during the hearing Wednesday.

Geller is the blogger who spread many of the original falsehoods about the so-called "ground zero mosque" (sample headline from her "Atlas Shrugs" website: "Monster Mosque Pushes Ahead in Shadow of World Trade Center Islamic Death and Destruction"). Her blog also regularly features conspiracy theories such as the classic, "Malcolm X is Obama's father."

That Geller was called as an expert in anything in a deliberative body is remarkable. The Anchorage Daily News reports on her testimony:

Geller maintained "surveys in the Muslim world" show most Muslims want a unified caliphate with a "strict al-Qaida-like Sharia." She spoke of Muslim polygamy, jihad in support of Sharia, and said Muslims have demanded special accommodation in U.S. schools, workplaces and government.

"I'm getting very uncomfortable with what I see is some fairly negative testimony against a large segment of society. I think we're getting off into some pretty dangerous, divisive territory," Holmes said.

There are an estimated 4,000 to 6,000 Muslims in Alaska, making up less than 1 percent of the state's population.

Gatto, the sponsor of the bill, is of Italian descent. He said at the hearing:

Gatto said he grew up in New York City, where his Italian neighborhood clung to technically illegal customs like giving a child whiskey to help with illness. But the world of other immigrants is different, he argued.

"I'm more concerned about cultures that are vastly different from European immigrants, who come here and prefer to maintain their specific laws from their previous countries, which are in violent conflict with American law," Gatto said. "That's the issue that I am worried about."

So there you have it. Whiskey-drinking Italian immigrants: good. Shariah-worshiping Muslim immigrants: bad.