Why "autism" came as a relief

As my son Jake's behavior worsened, we became desperate for an official diagnosis -- no matter what it was 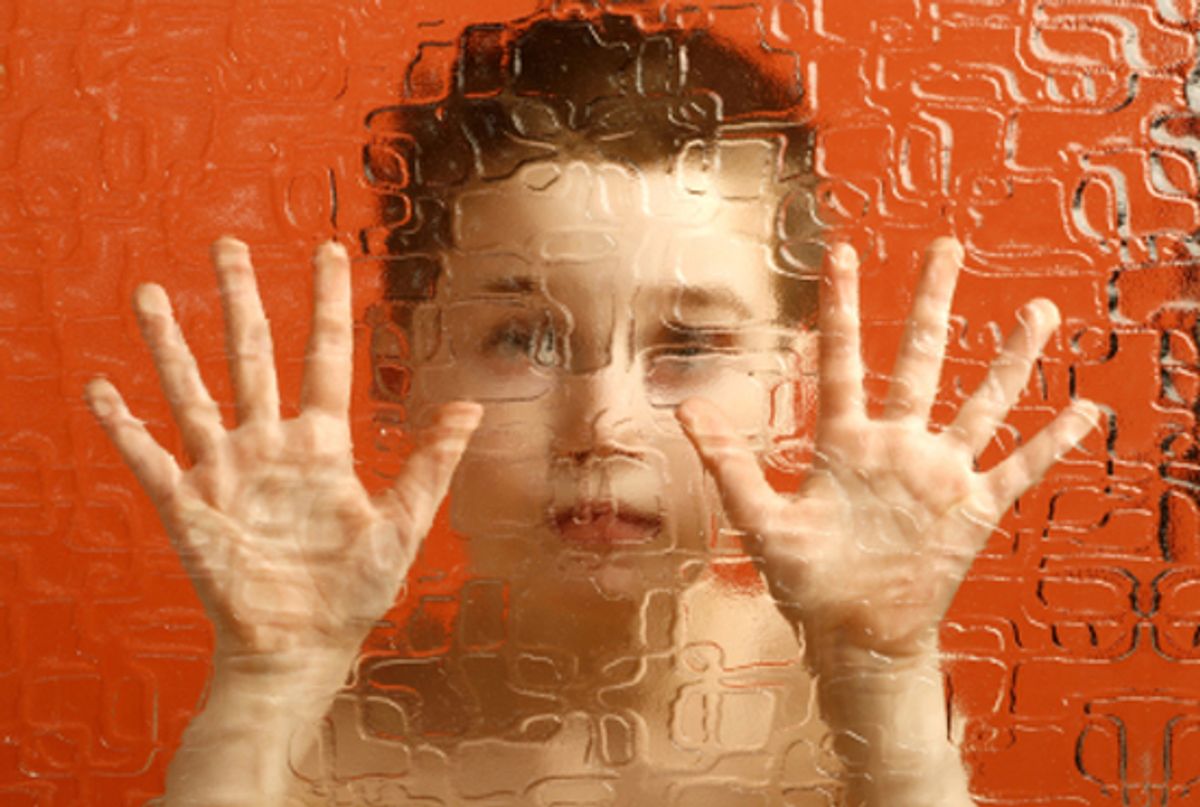 My son was almost 3 when we realized how much he needed a label. Without an official diagnosis, it would be nearly impossible for him to get services he needed from the county or state. A label is required so bureaucrats can check the correct boxes, which allows everyone to take money out of the right vat with the right dipper. It's a huge pain, by the way, more difficult than finding childcare or signing your kid up for summer camp. Getting someone, anyone, to write down, definitively, what is wrong with your child is a serious lesson in patience, persistence and the power of language.

No one wants to be the first person to label your child. We begged to get "cerebral palsy, ataxia" to describe Jake's odd way of hipping and hopping and stumbling around. No one worried about anything behavioral at that point, mostly because the check box for MR (which is the nice way of saying mentally retarded) had already been checked. But just a plain old MR won't get you much. It's better to add a little HI (hearing impairment), or better yet there's No. 5, which is vision impairment. We don't have checks in those boxes, but we do have most of the other ones: developmental delay, speech/language impairment, multiple disabilities. Truthfully, the best one I've found so far is OI, orthopedic impairment. If you get that box checked, the money comes out of some other pocket called the "low incidence fund," and people stop caring how much your child's little switches and talking buttons cost because the school district doesn't pay for them directly; it comes out at a different level in the budget. When we started this game with his first Individualized Education Program in 2003, the box for autism wasn't even listed as an option yet.

When Jake did receive the autism label, a year later, written down on the letterhead from the pediatric psychiatry department from a prestigious university, I called the office back to make sure that they knew they had put my son in the "autism" category of the study. The poor woman on the phone stuttered a bit and asked if anyone had ever talked to me about the fact that my son was autistic. I jumped in and said, "Oh, don't worry, we're thrilled!" She let me know that I was the first person she had ever spoken to who had used the word "thrilled" after an autism diagnosis.

But I really was, because there is a power in naming things. We can box it up emotionally. We can explain it. Do you know how much easier it is for my son's grandparents to say that their grandson has "autism"? The first three years were spent mumbling a lot of, well he's "behind a little" and he has "low tone," well, actually, he's "behind a lot," and he "isn't talking," but he has a "great appetite," and he's such a "beautiful boy," etc., etc. Thank God we got that one little word.

I understand why labels could be a bad thing, how a label can stop you from growing, or allow someone to have a lower expectation of you. When someone called my son "mentally retarded" instead of "developmentally delayed,"  I had a visceral reaction, because, to me, one label is finite, and the other holds optimism. But I know it is ridiculous for me to let those few words hold so much sway over my emotions.

Labels help us identify each other, and if we are smart, we recognize that labels are really only for the person who is using them, so they can know how to interact with us. I can't really change what label someone puts on my son. It really shouldn't matter at all what words someone else needs to describe my kid. What will always be most important is that he gets what he needs, and whatever box we need to check, we will.