Would the U.S. really bomb the Libyan rebels? 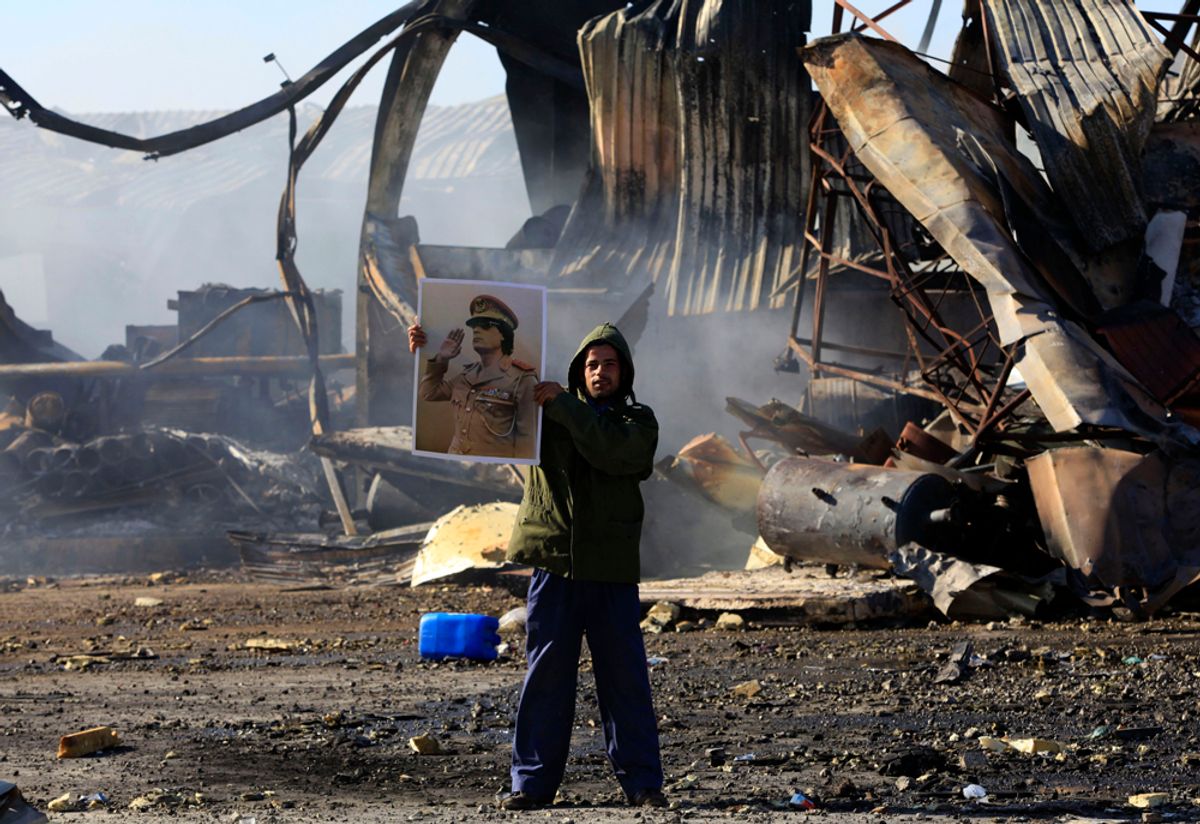 Ever since the U.N. Security Council adopted a resolution to protect all civilians in Libya, one of the biggest questions has centered on what would happen if rebels threaten civilians in areas held by Moammar Gadhafi's forces.

We know that the resolution's clause about taking "all necessary measures ... to protect civilians" has already been interpreted incredibly broadly, with the U.S. already providing close air support for the rebels and talking about arming them.

Today Charlie Savage of the Times has an interesting exploration of the question of who qualifies as a civilian, and who gets protection from the U.S. and its allies.

The most striking thing about the piece is the claim, by both an anonymous Obama administration official and a named NATO spokeswoman, that the allies would bomb the rebels if they attacked civilians:

Oana Lungescu, the senior NATO spokeswoman, emphasized that NATO was taking action because Qaddafi’s forces were attacking Libyan civilians, including shelling cities with artillery. She said that if the rebels do likewise, the organization will move to stop them, too, because the United Nations Security Council resolution “applies to both sides.”

I'm skeptical that NATO or the U.S. would actually bomb the rebels if they attacked civilians. But if this really is the policy, and if one follows it to its logical conclusion, could there be a situation in which we're bombing rebels who are wielding weapons we gave them?