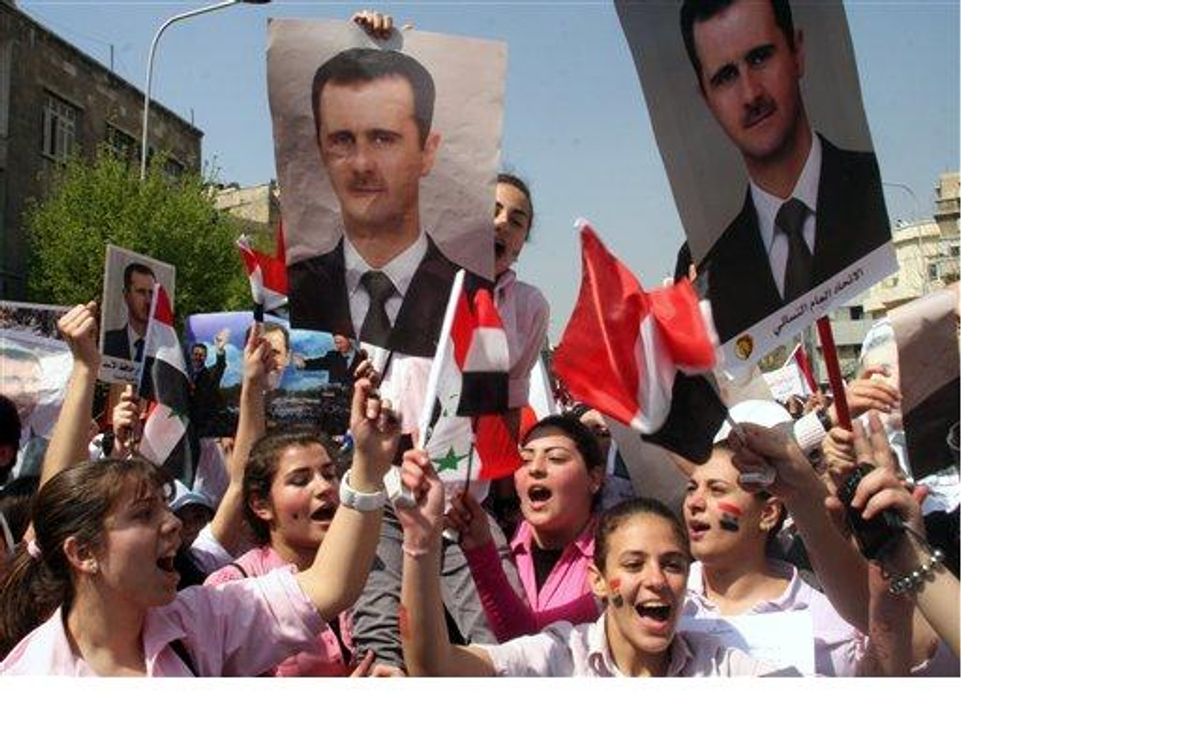 Young pro-Syrian President Bashar Assad protesters, shout pro-Assad slogans as they demonstrate to show their support for him.
--

International news agency Reuters says two of its journalists are missing in Syria.

Diplomatic sources told the agency Wednesday that correspondent Suleiman al-Khalidi was detained by Syrian authorities in Damascus on Tuesday. He is a Jordanian national based in Amman.

Photographer Khaled al-Hariri, a Syrian based in Damascus, has not been in contact with colleagues since Monday.

Reuters Editor-in-Chief Stephen Adler said the agency is "deeply concerned" about the journalists.

Their disappearance follows the detention of two Reuters television journalists. They were held incommunicado for two days before being released by Syrian authorities on Monday.