"The Sorcerer's Apprentices": In the trenches at a molecular gastronomy mecca 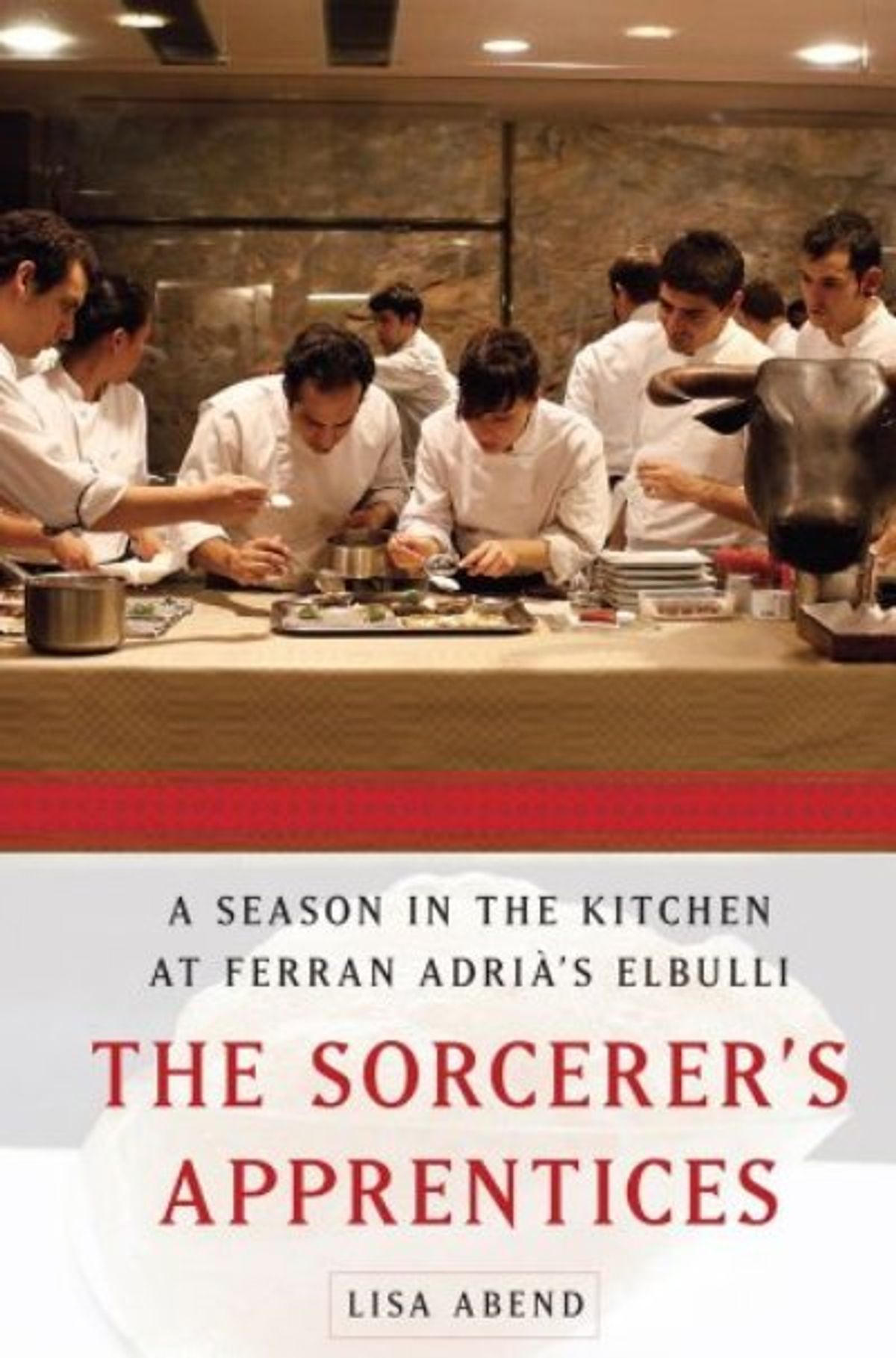 Take an olive. Wring its pretty neck. Collect the juice, process it with algae-based gelifiers and calcium carbonate and -- hey, presto! -- the liquid turns into a tremulous globule of olive essence, beyond divine with your martini. It's subversive and witty, and Ferran Adria does equally outré, ravishing things to the likes of rabbit tongue, marinated fish liver, and prehistorically large cardoons, all in the service of flavor and slaying expectations, setting your hair on fire with his rarefied creations.

But all right already, enough ink has been spilled singing the praises of the avant-garde Spanish chef. What about those apprentices in the kitchen, asks Time magazine correspondent Lisa Abend, the ones actually making and plating much of the food served at the restaurant elBulli? Her book, "The Sorcerer's Apprentices," spends a revealing, dexterously rendered six months in their company, this troop of unpaid kitchen disciples known as stagiaires, part of the feudal tradition whereby young cooks gain direction and purpose from a great mentor.

They are an elect handful -- Abend closely, sympathetically profiles a half-dozen of them -- as lucky to get this apprenticeship as anyone else is to get a seat at elBulli, and thrilled with the opportunity, at least at first. "Like all great restaurants, elBulli's dazzle rests in large part on the willingness of the apprentices, in the name of education, to do the dreary work no one else wants to do." Say, making 2,000 lentils a day out of clarified butter and sesame paste. That's right, lentils: typical Adria legerdemain.

The man himself remains aloof to them: "I don't interact with stagiaires,"Adria snips, very unmentorishly, when one asked for advice. And some kitchen protocols seem plain weird: not only having to ask to use the bathroom; what about apprentices not being allowed to sample the food while putting it together? Too costly, claims Adria, though how's an apprentice to know if the rabbit ear with sea anemone is as it should be? Simply execute, my child, as Adria has plotted every dish to the nth degree. What stagiaires do learn is that the brilliance of creation is well and good, but the genius is in the hard work of getting it just so, plate after plate, one perfect counterfeit lentil, one wobbly olive at a time.