Not even anti-government activists can wean themselves from Uncle Sam 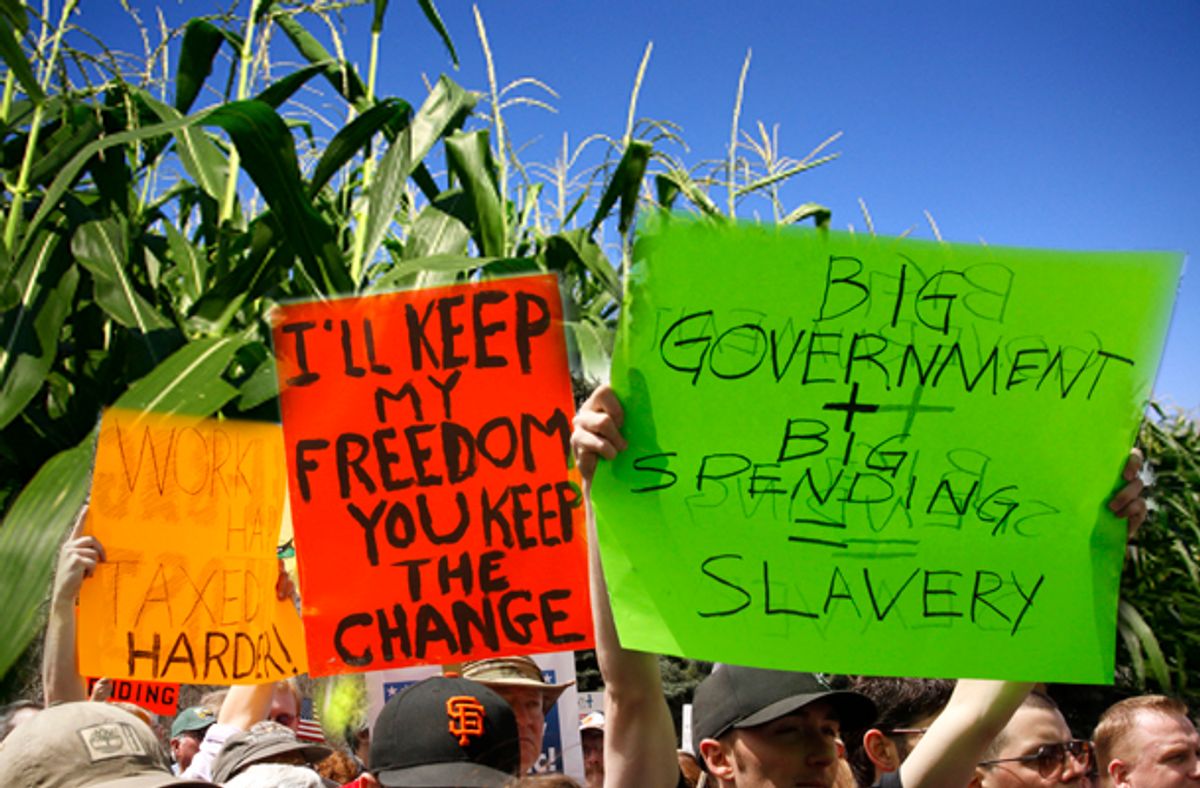 According to ABC, "at least 23 current members of congress or their families have received government money for their farms." Some of them received a lot of money:

The biggest recipient was Rep. Stephen Fincher, a Republican from Frog Jump, Tenn.

While the self-described Tea Party patriot lists his occupation as "farmer" and "gospel singer" in the Congressional Directory, he doesn't mention that his family has received more than $3 million in farm subsidies from 1995 to 2009, according to the Environmental Working Group.

No one would agree to stop taking subsidies -- which is sensible, because if the money's available, why not take it -- but more amusingly some of these Tea Partiers wouldn't even explicitly say they'd vote to end the subsidies, which are almost universally acknowledged as wasteful spending by experts across the ideological spectrum. Rep. Vicky Hartzler just said "everything should be on the table" and she was open to "starting the discussion," which is just how lawmakers talk when they refuse to admit that they won't vote for something they should vote for.

"Anti-government Republicans take lots of free government money" is basically an evergreen story. Chuck Grassley, Sam Brownback, and Michele Bachmann have also benefited from wasteful farm subsidies, even though they all hate the socialism so much. It's enough to make you sympathize with libertarians, until you watch John Stossel talk about seasteading or something.