Libyan opposition says it has oil deal with Qatar 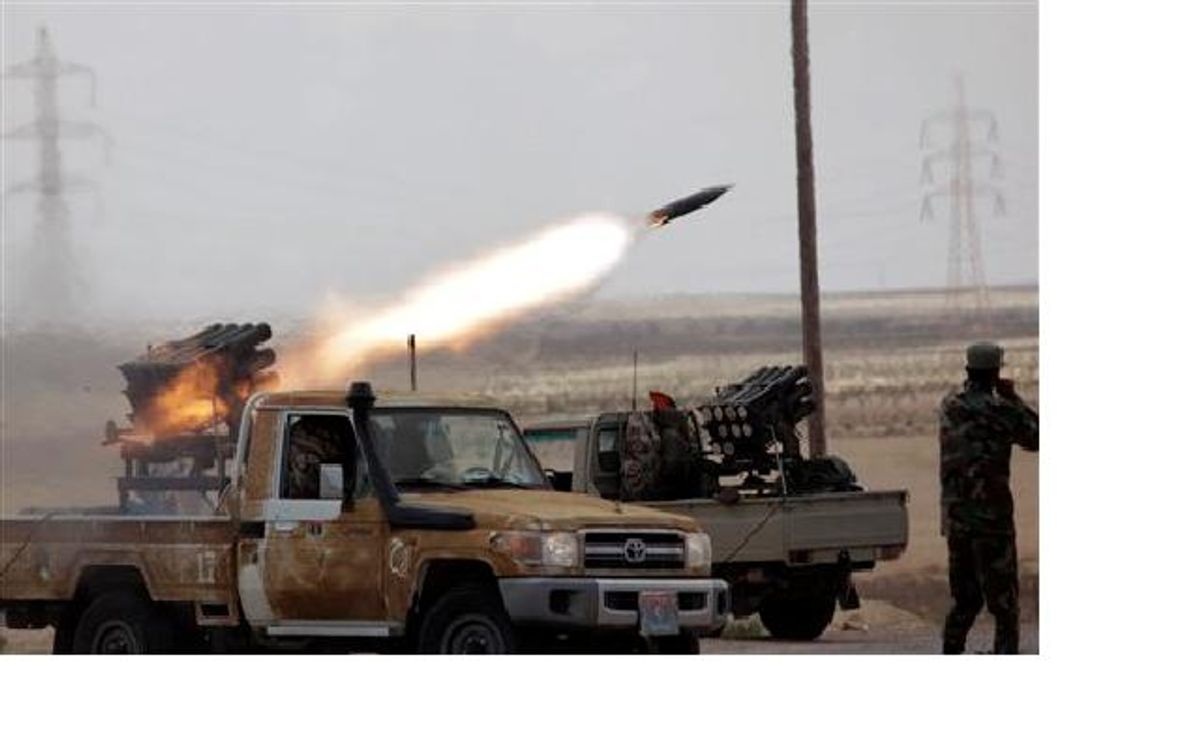 BENGHAZI, Libya (AP) -- A Libyan opposition official says the tiny Arab nation of Qatar has agreed to a deal that will give the rebels money for weapons and other items in exchange for the oil they control.

Ali Tarhouni, who handles finances for the opposition's National Transitional Council, said Friday that Qatar has agreed to market oil currently in storage in parts of southeastern Libya controlled by rebels seeking the ouster of longtime leader Moammar Gadhafi.

Tarhouni didn't say when the deal was signed or when oil shipments will begin. He says one sticking point is how to truck the oil out of the country.

Tarhouni says money from oil sales will be put into an escrow account the opposition will use to pay for weapons, food, medicine, fuel and other needs.

Libya's rebels will agree to a cease-fire if Moammar Gadhafi pulls his military forces out of cities and allows peaceful protests against his regime, an opposition leader said Friday.