A warning from National Organization for Marriage and other social conservatives 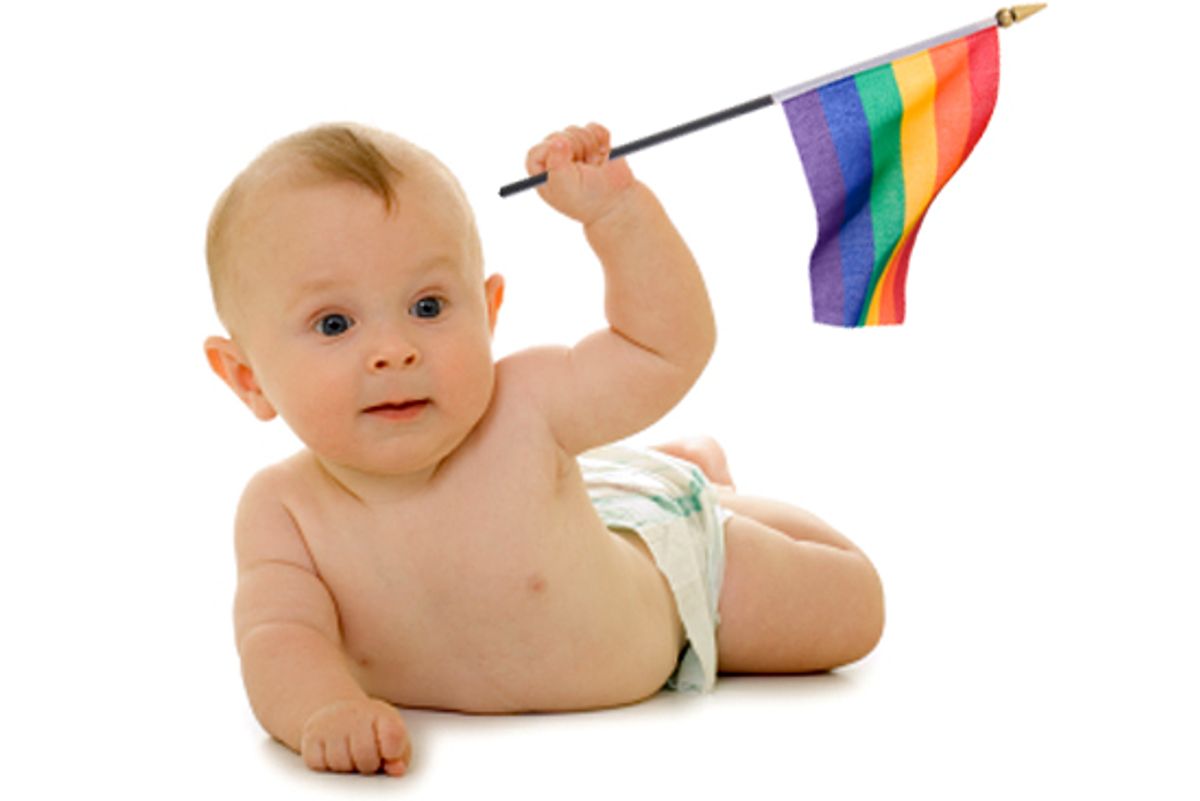 Maggie Gallagher, the anti-gay marriage activist and columnist, has breaking news out of Virginia. Soon, she reports, the commonwealth will introduce mandatory gay adoption. That's right: Everyone in Virgina will belong to gay and lesbian couples. Or something:

Rep. Anthony Weiner may have joked about "mandatory gay marriage," at the WH Correspondents dinner, but amazingly, Virginia’s Dept. of Social Services is proposing new regulations that would require all adoption and foster-care agencies to do gay adoptions.

Today is the last day to comment on these regs, if you are in Virginia or an expert on why driving competent foster care and adoption agencies out of business hurts children.

Huh. This is about Virginia's proposed new "Minimum Standards for Licensed Private Child-Placing Agencies," which seem to be mostly about clarifying and in many cases simplifying existing regulations. But there is that secret "mandatory gay adoption" trap, buried deep within. Here's the relevant text from the proposed new regulations:

B. The licensee shall prohibit acts of discrimination based on race, color, gender, national origin, age, religion, political beliefs, sexual orientation, disability, or family status to:

1. Delay or deny a child's placement; or

2. Deny an individual the opportunity to apply to become a foster or adoptive parent.

That all seems fair to me. But then, I am "anti-family," which means I am in favor of allowing more children to join more loving families.

This is actually a case study in how good religious social conservatives are at doing  politics locally. I didn't know about this until I read about it at The Corner. I don't think anyone else who isn't directly involved in child placement in Virginia knew about it either, if the comments at Virginia's "Regulatory Town Hall" website are any indication.

At first, they were detailed responses to the entire proposal with various requests for clarification and proposed amendments. Representatives from United Methodist Family Services wrote: "Regarding the overall content of the proposed standards, most appears clear and reasonable."

Then, on March 29, someone from the Mormon Church commented to express the church's opposition to the rules, because they may prevent the church from placing children only in Mormon homes.

And on March 30, comments like this began showing up:

I am writing about my concern about the proposed reg concerning faith based adoption agencies.

I love my country and especially the principles on which it was founded. Our founding fathers gave the credit to God for many things. See www.wallbuilders.com for examples of some of these historical documents

I am very concerned in the way our country is heading and I believe that is why we are no longer the most prosperous country in the world. We have gotten away from our roots and how we were founded. Do we want to turn this country around and become the greatest country in the world?? If so, let's get back to how it started.

Please carefully look at the regulation that is being propsed that would limit Christian adoption agencies from accepting Christian applicants. You may run those great agencies out of your state and make a bigger splash nationwide!! When other states allow them to continue and you don't, you could get a much worse black eye.

There were a total of seven comments posted at the forum before the 30th. Today, there are more than 250 comments. I have yet to find one that is pro-gay adoption. And the anti-gay groups are sending out action alerts and organizing their lists to fight this.

As for the agencies that will be "driven out of business" (which means shut down in protest) once they're asked to not discriminate, it should go without saying that if you would rather stop placing children in homes than allow a loving same-sex couple to adopt than you are seriously a detestable person.